The Innocents – Terror Can Come From A Baby’s Mind 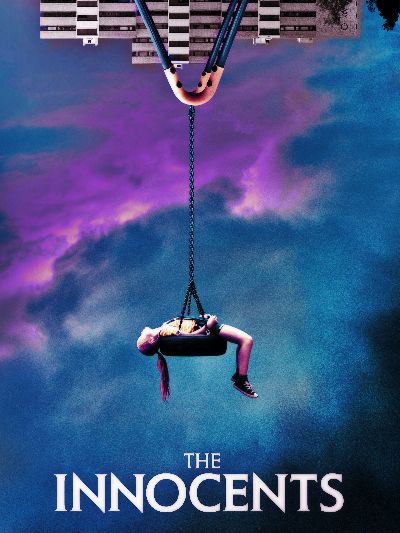 Sometimes it’s not easy being a child, especially when you realize having superpowers like the little protagonists of The Innocents, an exciting Norwegian movie from 2021.

Everything starts with two sisters who move with their parents into a small apartment complex.

It is not easy to have a relationship between them because the older girl is autistic, living in a world of her own without even being able to speak.

Sometimes the younger one plays cruel pranks and hurts her, although she does not seem to react to the pain and humiliation.

Going out for a walk outside her new home, she meets another child her age, who amazes her by moving some small objects with his mind.

In addition, her autistic sister meets another child with telepathic power, a power which she discovers has as well, reading their thoughts reciprocally.

Initially, this strange group spends time having fun in the nearby woods amidst that apartment complex where the inhabitants are almost all away on vacation.

By trusting her new friends, the child slowly overcomes her handicap, finally being able to open up and occasionally even speak.

From day to day, the other children also become better and better at using their exceptional abilities.

The boy especially seems extremely powerful, going from moving small stones to literally cracking in two a tree trunk with the power of his mind.

However, the little boy also has a sadistic side leading him to hurt for no reason, first small defenseless animals and then other children.

When he eventually comes to severely injure even his own mother, the girls realize they must join together before he entirely becomes an unstoppable monster.

The cruel innocence of children

Some of the coolest aspects of watching foreign productions are their different perspectives on topics so overused they rarely deviate from the usual cinematic clichés.

Moreover, being blatantly a low-budget movie, The Innocents succeeds in 2021, where many of the best-financed blockbusters fail when dealing with the superpower topic.

Often these sagas’ directors appeal to the easy over-abundance of special effects, failing to provide any real individuality to the characters that differ only by the color of their ridiculous costumes.

In this case, the super protagonists are still kids who know little or nothing about life and the world.

All their time consists of experiencing the moment without obsessing about the future or staying too long to regret the past.

Thus their days go from being joyful and playing happily together to becoming sad and spiteful, returning to being friends soon after as if nothing had happened.

Such a kind of conscienceless sadism is part of average human growth, a stage from which we later emerge to learn compassion, or others remain in the trap permanently by becoming overbearing bullies.

For this reason, the story has a constant tension and uneasy feeling, living by the contrast between these children’s delicate innocence and the sudden violence they manifest for no reason.

However, the destructive potential of his power ends up dominating the boy, mainly after he kills his mother and no longer has any restraints or limits on anyone.

What saves the sisters is their bond of love, like all of us seeking a relationship with someone because loneliness is always the worst road to insanity.

The little faces of horror

Looking to draw parallels, I saw several similarities between The Innocents from 2021 and another classic horror movie from the 1950s, Village of the Damned, which John Carpenter made a good remake of in 1995.

In this case, the sci-fi side comes off in exchange for more horror overtones, beautifully embodied in its little protagonists’ candid faces.

The first and most ambiguous character is Rakel Lenora Fløttum, who initially seems to bond mostly with the dark figure of Sam Ashraf.

Together they cruelly play with a cat or painfully pinch the legs of his autistic sister, played by the excellent Alva Brynsmo Ramstad.

However, when she begins to speak after a lifetime of silence, their relationship finally becomes real, and the boy is cut off.

Moreover, the autistic sister seems to be the only one with enough power to confront him, making him uncomfortable in front of his impotence.

Finally, we have the young and disfigured Mina Yasmin Bremseth Asheim, whose bizarre appearance hides a child who is sweet and caring toward others.

Even before her telepathic power, there is her empathy toward everyone’s feelings around her, such as her mother crying every day or the bullies who torment the younger boys playing ball in the park.

From the relationships and confrontations of these characters emerges a palpable suspense that becomes pure horror when it results in the brutal, murderous violence of the little psychopath.

The story works perfectly within this residential micro-universe among these children, with no need to save the world from complicated villain conquest plans.

Every five minutes, a narrative twist changes the strength of these relationships, becoming an increasingly dark and uncontrollable power dynamic.

We can only hope that this is the excellent beginning for a new director like Eskil Vogt, whose filmography is yet to be molded but already shows the potential of an auteur with his own distinctive style in comparison to most of his colleagues.

Crime Comedy Movies – Can they steal you a laugh?

The Backwoods – The Mysterious Silence Of Spanish...