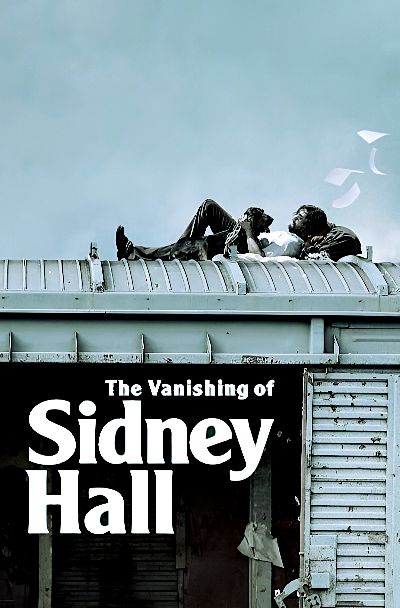 Often the misunderstood and suffering souls are the ones from whom the best art is born, as happens with the protagonist of this sweet and melancholy 2017 movie, The Vanishing of Sidney Hall.

Just as in the title, the whole story revolves precisely around the disappearance of this young writer, Sidney Hall, upon whose trail an investigator sets out to reconstruct his life piece by piece.

The boy’s talent came from an early age when he shocked his teachers with his brutally honest and passionate compositions.

Moreover, the situation at home was no better, with an absent, disabled father and a nagging mother watching his every move.

Therefore, the detective begins to understand the escape desire growing within him, who meanwhile has been seen in several libraries setting fire to some of his own books.

When he finally finds him, he succeeds in getting him released from arrest by posting his bail, revealing he is actually a colleague wishing to write his biography.

Since the writer is at the end of his days due to a lousy illness causing his hallucinations, he then decides to tell every secret of his life.

We thus discover in his youth, he had an admirer who sent him letters, whom he later married, but the union ended in the worst way.

Afterward, he confesses his strange friendship with one of the school bullies, whom he initially hated for his bullying of the weaker.

The episode directly relates to the suicide of one of the writer’s fans, which divided public opinion against him, weighing on him like a massive burden of guilt with no solution.

Yet time stops for no one, and when the last scene arrives, the only thing sure is that his fame will last forever.

The central theme of this 2017 movie is honesty, which, especially in the various arts, is Vanishing exactly like Sidney Hall.

Only sometimes the audience enjoys hearing what a genuine author has to say, but precisely in those cases, their works are essential.

The protagonist of this story is not perfect; sometimes, he is weak, cowardly, and unwilling to take responsibility; otherwise, he feels responsible beyond his real faults.

Similarly, we always see him alone in his family and at school, yet when he finds love, he ends up cheating on his wife and his publisher by sneaking out with his daughter.

Shawn Christensen‘s good direction is better than his script, which sometimes tends to be overdramatic, especially in the second half, compared to a more lighthearted beginning with gentle mournful humor.

However, I appreciate how he constantly jumps back and forth in time without losing the logical and consequential thread of the narrative.

While introducing numerous characters and situations, the director concludes each sub-story without leaving unanswered questions.

I still emphasize it is not a perfect movie; nevertheless, I recommend it, especially after reading the numerous critics who slaughtered it both in reviews and at the box office.

It certainly can be difficult to endure for those craving an optimistic story, with the usual successful guy making his way through life.

Each character has their own nostalgia freight they bring to the stage, sometimes with exaggeration, yet with a blend, I find convincing and winning in a nonlinear, though fluid, and easy-to-follow narrative.

So the only way to determine if it is right for you is by watching it, giving it a chance yourself without listening to anyone else’s opinion.

The many faces of life over time

The main protagonist of this 2017 movie is Logan Lerman, aka the vanishing Sidney Hall.

We can see his different interpretations of the same character, from the naive and dreamy young man to the writer at the end with no hope for the future.

Perhaps the narrative’s jumping back and forth in time needs to fully pay credit to his evolution over the years, although the actor is convincing in all these moments of this man’s tragic life.

Equally important is Elle Fanning, who is somewhat his love, his muse, and a bit also his nemesis, all together in the same role.

The actress exploits her winning mix of beauty and a bit of sadness, combining a certain kind of strength and weakness in her quirky, romantic character.

I have always appreciated a trait that is the trademark of her career, such as in other magnificent performances in movies I have already recommended, such as The Neon Demon or Galveston.

I would like to mention Blake Jenner, in a role I found even more interesting than the protagonist, from the large group of secondary characters.

His muscular handsome boy appearance is perfect for being both the silly bully we initially see and then becoming a victim who can touch deeply with the pain he hides behind his cheerful smile.

We also point out the always beautiful Michelle Monaghan in the unusual negative role of the mother who ruins her son’s life, jealous of his success and fearful of his abandonment.

Finally, we have Kyle Chandler, more connected to the protagonist than he seems, accompanying us on the writer’s research and allowing us to merge the various transitions of his life into a single story that is both sad and uplifting.

Therefore, I dare to say that overall, audiences and critics got it wrong this time, snubbing a movie deserving of better luck and appreciation; yet, you are still in time to check it out, and please be sure to let me know what you think about it in the comments below.