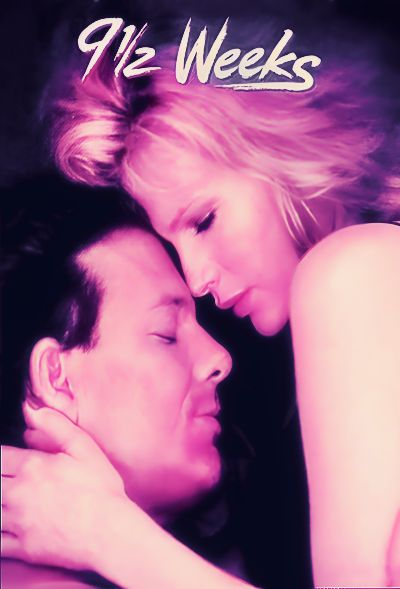 They meet by chance in a small market, where she would like to buy an elegant shawl but gives it up because it is too expensive.

So he decides to purchase it and give her as a gift, winning her attention, and then they go together on a boat belonging to one of his friends.

However, she does not agree to make love to him immediately, evidently attracted but also suspicious about this strange, handsome man about whom she knows nothing.

Indeed their lives are pretty different since she works in a respected art gallery while he is instead a successful financial broker.

However, the spark of passion only has to wait. Indeed, when he visits her home, she agrees to let him blindfold her to indulge his fantasies.

Day after day and meeting after meeting, a close relationship of sexual complicity develops among them, where they each independently live their own separate existence with their friends.

Yet during the night, they are always together, making love, arousing each other in the most diverse manners.

She discovers a side of her nature she never explored, doing a sexy striptease and even dating him, pretending to be a man.

Nevertheless, the affair cannot continue indefinitely because the woman would also like the relationship to become more engaging from a sentimental side.

He is withdrawn and taciturn about his personal life, despite feeling something more than just sexual attraction arrived at that point.

In the end, how long can such a relationship last? Of course, the answer is nine and a half weeks, as in the title.

A passion that cannot last

Nine 1/2 Weeks relies on the homonym book by Ingeborg Day, who described some of her personal experiences under the name Elizabeth McNeill.

Her tale comes to life in the character of Elizabeth McGraw, much like her writer’s name, played by a stunning and passionate Kim Basinger.

For once in a while, I have read the original novel and believe despite some similar situations, the differences with the movie are very marked.

On paper, the woman is much more submissive to the man, going so far, for example, as being left tied up for hours while he goes out of the house.

In this case, on the other hand, male coercion is psychological, relying on his charm to seduce and intrigue her into a world she does not know.

Even more drastic is the relationship’s evolution into complicity even in committing crimes, whereas in the movie, Mickey Rourke‘s character never reaches such violent excesses.

This 1986 movie works much better, having a more compelling and exciting story running out in only nine and a half weeks with no possibility of turning back for the two lovers.

All this time, the protagonists are in the initial phase typical of any relationship, mutual attraction and curiosity to explore new things with their partner.

After that, however, it is impossible to keep up that level of complicity without their lives bonding in other aspects beyond the sexual realm.

However, if that’s all the time we have, then it’s right to enjoy every single second before the curtain finally falls.

Two sexy stars as there will be no more

Besides the mere nine and a half weeks of plot, this 1986 movie also differs from the Fifty Shades saga in Adrian Lyne‘s more effective direction.

I have not always appreciated this director’s works, who later attempted to reintroduce this weird sexy style with Indecent Proposal, the drab remake of Lolita and Unfaithful.

Recently I liked and recommended his latest effort, Deep Water, where finally, the story veers into the psychological dark thriller genre although keeping eroticism up with the beautiful Ana de Armas.

Back to today’s movie, the director finds the perfect recipe with the two lead actors who dominate the scene conquering both female and male audiences.

Mickey Rourke tops his charm as a 30-year-old fresh from his superb performance in Year of the Dragon, not to mention the subsequent Angel Heart, which I have always recommended among the best horror thrillers ever.

His character is always calm and at ease while wryly maintaining an intriguing mystery that frightens and excites women at the same time.

On the other hand, Kim Basinger is perfectly complementary with this man who lets her control and manipulates, slowly sinking into pleasure and an ever-increasing desire.

The actress offers a mix of vulnerability and sex appeal in a character who is also intelligent and loves culture, working in an art gallery.

From my male side, I can say the scene in which she masturbates precisely at the appointed time with the watch she got as a gift, while slides of some abstract paintings run in the background, is one of the most arousing ever seen in a movie.

Come to think of it, perhaps it is true that we fans of this cult film are not objective.

It may be that the detractors are correct, and this story is worth far less than we want to admit, but come on: I challenge anyone to say that, however you want to judge it, it is not one of the most evocative movies of the 1980s.

On the couch together – Movies...