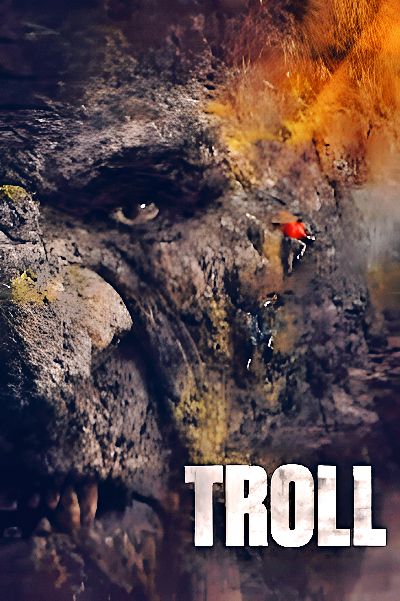 It is always lovely to look at another nation’s mythology from another point of view, as in this 2022 Netflix-produced movie, Troll.

After a romantic beginning with a father and his daughter climbing the thousand-year-old Norway mountains, we immediately move into the middle of the action.

Many years later, a multinational corporation is drilling that same mountain amid the locals’ outrage and anger, who demonstrate in front of the tunnel.

Unfortunately, the excavation goes too deep, awakening something that slept for centuries in the heart of the rocks.

The creature comes out of the tunnel decidedly moody, slaughtering many workers and protesters united in protest.

Of course, the Norwegian government initially thought it was either a natural accident or a terrorist attack. Yet, they must change their minds after seeing cell phone footage from some of the survivors.

Although amid smoke and destruction, a massive humanoid creature over 40 meters tall is clearly visible in the videos.

So they gather the army and a scientific team of experts in various fields, including a paleontologist, the same little girl we saw at the beginning of the movie.

She quickly realizes what they are dealing with, so the soldiers escort to her father’s old house.

After his wife’s death, the man became obsessed with the Troll legend, losing his job because he was hedging on a government plot to hide their existence.

Except when the army first comes face to face against the enemy, they must admit their weapons’ ineffectiveness, as they don’t hurt this seemingly invulnerable being in the slightest.

So the group divides into two opposing positions, with the government wanting to bomb the Troll with experimental missiles, while the scientists rely on old legends to discover his true weakness.

This Netflix production undoubtedly has an American style (even too much so) yet stands out from the crowd of monster movies for its strongly Norwegian soul.

Although the narrative evolution follows the classic Hollywood escalation, the immersion in local folklore occurs in countless small and pleasant details.

Some time ago, I recommended André Øvredal‘s similar Mortal, decidedly more original albeit with a considerably lower budget, within my movie mythology article.

In this case, we notice a richer production but more bent on pure entertainment, albeit relying upon several clever ideas to ignite the imagination more than simple action scenes.

The special effects are of a high standard in the many destruction sequences, most effective in the beautiful location of the Norwegian highlands and plains.

Together with colleague Espen Aukan, the script exploits every detail of the Trolls‘ myths by compressing the folk legend into a movie just over an hour and a half long.

Unfortunately, this environmentalist theme is present only at the beginning of the movie, fading away with the progression at an increasingly frantic pace of the story.

Some scenes seriously challenge your credibility, such as the helicopters milling bells around the monster to annoy it.

But luckily, the dramatic side of the story is tempered by humor and some grotesque characters that lighten the tension without being too silly.

As I often find myself saying, I disagree with many opinions that mercilessly sink Troll of 2022 by calling it a lousy and ridiculous movie.

Certainly, we are far from the fantasy of Eastern Godzillas, yet it is an acceptable compromise between European and American cinema, leaning more toward the latter.

An entertaining and funny anti-monster team

Although none of the actors and actresses particularly impressed me with their performances, Roar Uthaug can rely on a cast that engages with conviction in the story.

The main protagonist is Ine Marie Wilmann, a beautiful paleontologist whom the government summons at the beginning of the crisis, although paradoxically, no one believes it is a biological event.

This character, like the others, could be more interesting, but the nonstop turn of events leaves little time for psychological introspection.

Definitely more entertaining is Gard B. Eidsvold as the crazy father who is the expert guru about national troll legends.

This character is the better balance between drama and comedy, much as in the rise and fall of feelings toward his daughter.

Of course, soon, his ideas deviate from his boss’s to the point of rebelling against orders and following the beautiful scientist on her epic adventure.

Perhaps a bit more stereotypical is the Army Captain played by Mads Sjøgård Pettersen, although the actor has the virtue of approaching the role with the proper sense of humor and a dash of solid charm.

I wasn’t so convinced by his inspired speech standing in the car toward the end since that’s when the characters’ minutes are numbered, and they shouldn’t waste time on small talk.

However, these situations are inevitable and purely American cinema, from which director Roar Uthaug takes influences and inspirations, for better or worse.

The pace is suitable for a great entertainment show, and the comic heroism of everyone carries the adventure enthusiastically to the end.

I hope you will be kinder in judging a forthcoming fantasy action like Troll of 2022, a fun and honest movie.

Because honestly, what’s wrong with having a good time watching the usual handful of brave folks struggle against the monstrous giant to save the day?