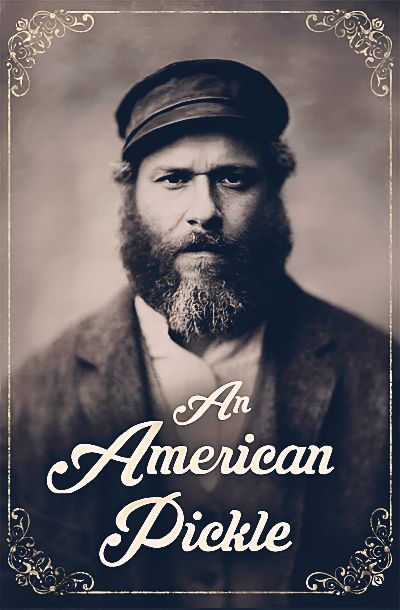 An American Pickle is a must-see 2020 movie for anyone who loves Seth Rogen, as you will find a double shot of your beloved comic actor.

Indeed, at first, the protagonist is a humble immigrant from Europe who is fleeing a massacre in his small country.

Together with his beloved wife, wooed long and persistently in their Jewish community, they arrived in the United States in the early 1920s.

With a baby on the way, the man works hard without complaint to save money and settle his family.

Just while his factory permanently close, he falls into a brine tank that remains sealed for a century.

Awakening then occurs in 2019, to the amazement of doctors who do not understand how he could have survived unchanged over all that time.

Not knowing what to do, the authorities contact his only surviving family member, a great-grandson currently living in Brooklin and working as a programmer, again played by Seth Rogen.

Initially, they are delighted to meet, but soon their differences drive them apart when the distant relative starts a fight and lands them both in jail.

The episode messes up a project the programmer had been working on for years, forcing him to start from scratch.

When he learns of this success, the envious and still angry grandson tries to sabotage his great-grandfather’s business in every way.

While this hard worker never gives up, he is unfortunately unfamiliar with the modern social world and unintentionally triggers a hate reaction.

Still, even if they ruin each other life, there is hope for both to make peace in the most improbable of all places.

A delicate pickle for families

In comparison to other movies with Seth Rogen, 2020’s An American Pickle is a calmer, more relaxed affair.

Don’t expect the madcap slapstick of comedies like The Interview or This Is the End, to name a few more recent ones.

I want to make that clear immediately so you understand that a night of good humor awaits you, yet not necessarily a series of nonstop unbridled laughter.

Nevertheless, the characters succeed and gain our sympathy within a narrative that unfolds at the pace of a strange fairy tale.

Unlike other roles where the actor made people laugh all the time, here there is no vulgarity, and the context is a movie to watch with the family.

Therefore, family cohesion is the central theme, in this case, even across the barriers of time with all the cultural differences it implies.

Most of the gags play on the cultural inadequacy of the 1920 man inserted into the modern world, beyond the usual jokes about the Jewish religion that can never be missed.

We have the debut of Brandon Trost, showing fair talent, especially in the early part until the tragicomic invasion of the Cossacks.

While not reaching the surreal humor of Woody Allen in the legendary Love and Death, this was the point I most adored in the movie.

The part in the present day has a more normal comedy style, with quiet editing accelerating significantly in the moments when characters interact with the hysterical Social Network universe.

There the situations get crazy and messy in a matter of moments, jumping back and forth between the audience’s love and hate for this strange character.

The only fundamental flaw is it focuses entirely on Seth Rogen, with no other main characters to remember.

An American Pickle of 2020 is a one-man show with Seth Rogen dominating every movie scene from beginning to end.

For all die-hard fans, this is something extra value, just as the comedian performs an outstanding job differentiating the two roles he plays.

It is amusing to see these two seemingly equal men slip into a fight one against the other, although both are the only family they have.

The younger one tries to make the older one pay for a mobile app project he dropped after working on it for so long, irritated by the other’s immediate success with his pickles.

Of course, comparing the 100-year-old man with the main character of the animated series Futurama is easy. However, there are many other secondary characters who are even more hilarious in this.

As I said, the big flaw in this movie is not having, for example, one of Seth Rogen‘s usual friends to help give more comic leverage to the cast.

It would have been nice to see James Franco, Jonah Hill, or Jay Baruchel, who would have created a more diverse play with their humor.

The only other character I remember is the faithful wife played by Sarah Snook, whom we, unfortunately, see only in the early part of the story.

Some time ago, I recommended Predestination, a fantastic time travel movie where the beautiful and talented actress remarkably displayed talent and versatility.

In this case, albeit in the short time available, she is an excellent sidekick to the strict protagonist’s humor, which we miss throughout the whole part of the present.

Despite my criticism, this movie remains a good comedy for the whole family; where perhaps there is not much original, everything we see is very well accomplished.

Certainly, we cannot speak of a masterpiece; nevertheless, it deserves everyone to give it a chance and enjoy a comedy with more relaxed fun than usual.