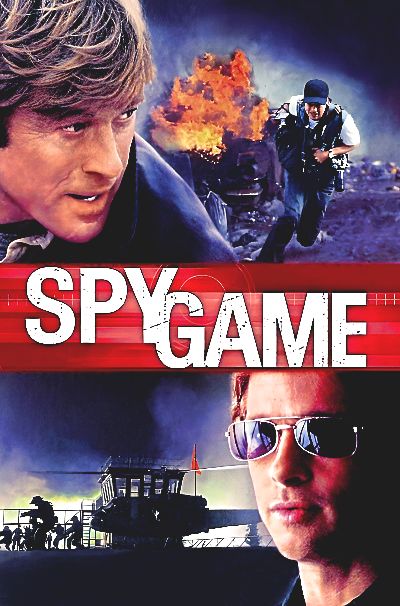 As the eternal life of sagas like 007 or Jason Bourne proves, we all love espionage movies and the great actors who play them, such as the famous Robert Redford and Brad Pitt in 2001’s Spy Game.

One is a cynical CIA veteran nearing retirement, while the other is an idealistic young man with a talent for killing and recruiting informants.

The story begins on the older man’s last day on the job, who wakes up receiving the news his young former pupil has been locked up in a Chinese prison.

None of his colleagues seem willing to intervene, and the government even denies that the boy is a U.S. intelligence operative.

Indeed, sensitive economic agreements between the U.S. and China go on in those days, so no one wants to risk the precarious balance of negotiations.

Thus, the senior agent decides to settle the matter on his own, organizing a hasty and dangerous plan to break the youngest out of prison.

At the same time, his superiors summon him to question his relationship with the prisoner, so we learn about the past of these different close men.

Their cooperation began during Vietnam War, continuing later in Cold War Berlin, passing informants and defectors on both sides of the wall.

Unfortunately, their friendship ends in Beirut, where the younger falls in love with a beautiful Irish volunteer with a dark past, threatening to mess up the assassination of a politician hostile to the United States.

Although they haven’t seen each other in years, the elderly agent is the only one who can and will pull him out of the hell of trouble, trying to make up for that one mistake separating them in the past.

Who cares about politics, we want entertainment!

Tony Scott directs this 2001 movie more cunningly than intelligently, aiming to make Spy Game an emotional spectacle on the charisma of the two lead actors.

Although the story moves in a broad landscape between the 1970s and the new millennium beginning, the political topic is treated superficially, almost only as a visual background to the main plot.

This is not to say that the movie is stupid. However, it is obvious its intention is primarily to entertain rather than to frame the reasons behind certain historical events and situations.

Having said that, I recommend it because the entertainment is of the highest level. Indeed this is among the best movies in the lengthy filmography of the late director and brother of the more famous Ridley Scott.

Although it is politically and historically shallow, the personal affairs and relationships between the various characters are highly compelling, intriguing, and exciting.

In this sense, this director’s fast editing, which used to annoy me in other cases, becomes an excellent system to quickly narrate many years of personal connections in various politically hot spots on the planet.

This movie is a pop version of Three Days of the Condor, the immortal 1970s espionage masterpiece directed by Sydney Pollack.

The plot focuses on these characters’ ethical and personal dilemmas, leaving aside the crazy plans of some villain to destroy the world as in James Bond movies.

Therefore, friendship and love take a back seat in the face of the greater good, which is to defend the American way of life and supremacy as the dominant nation on the planet.

It is not a beautiful message, at least for those who do not live in America like me, but inside a pure entertainment movie, I can tolerate it without making it a serious issue.

Old and young Sex Symbols versus each other

As usual for Tony Scott‘s movies, the technical level of set design and costumes is always top-notch, as is the cast he features each time.

Having mentioned a classic like Three Days of the Condor, we can begin by talking about Robert Redford, whose character seems an evolution of the young spy of the 1970s.

In this case, however, his cunning is totally loyal to US service, and he is firmly committed to finishing every mission for his country, whatever the moral and life price to pay.

However, we can also admire his empathy for young Brad Pitt, denying all his ideals and betrays his colleagues to save him.

The actor was still fresh from the immense success of his insane role in Fight Club, another movie that I consider more cunning than intelligent, yet it undeniably stays a cinematic icon.

We can say the real battle is between which of these sex symbols will win more female hearts sitting in theaters, be it the mature and charming infallible agent or the emotional and rebellious young recruit.

Caught amid these two celebrities sows discord is the young idealist Catherine McCormack, a beautiful actress good at exploiting the little time Tony Scott leaves for her character.

Indeed, a scene or two might greatly benefit her inclusion in the plot, considering how important she is later in the protagonists’ motivations.

Equally underrated is the usage of Charlotte Rampling, one of my favorite actresses of all time who, nevertheless, we see here in a brief but crucial moment at the time of the Cold War.

This is the essence of a 100 million-plus production movie, although Spy Game grossed just over 140 million in 2001, a result that is, therefore, mediocre.

What about you instead, are you fascinated by this world of famous actors playing spies with a great class?

An American Pickle – The Past and Future...