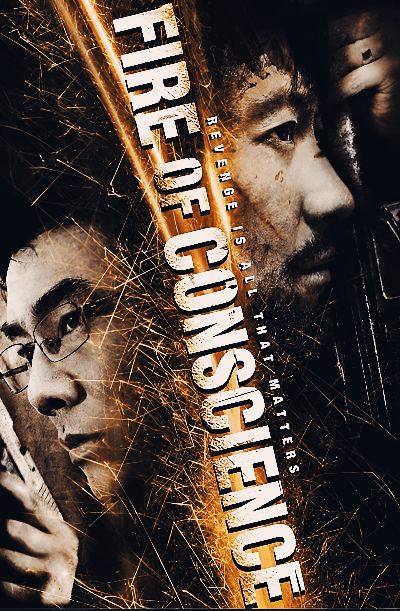 For all lovers of stories between criminals and cops, today, let’s talk about Fire of Conscience, a 2010 adrenaline-fueled crime movie by Dante Lam, one of Hong Kong’s expert directors of the genre.

The investigation begins with what appears to be just an ordinary murder of a prostitute, apparently killed by one of her many casual customers.

But the detective in charge finds some clues that do not fit with this theory and lead to some drug dealers rapidly gaining a foothold in the city.

Therefore, his boss pairs his team with a group of anti-drug cops, familiar with the various gangs and able to tiptoe in their environment.

Under their command is a young inspector with whom the detective immediately gets along well, impressed by his cunning and determination to stand up to criminals.

The two teams quickly discover the contact between these pushers and their drug suppliers, preparing a raid to arrest them all.

However, just at the last moment, the arrest goes terribly wrong and degenerates into a bloody shootout.

The detective is distraught over the fatalities of several civilians and some of his trusted colleagues, growing suspicious of someone among the policemen in the raid.

Indeed, this drug gang has recently kidnapped the wife of a bomb maker, forcing him to build a device to carry out a spectacular heist.

Their target is a police convoy carrying a massive quantity of drugs confiscated from a rival gang, which the criminals would like to attack in broad daylight.

While a colleague and close friend of his is blamed for the death of one of the victims, the detective discovers that his new inspector friend is not as honest as he thought.

Blow after blow in Hong Kong

Indeed the 2010 Fire of Conscience storyline has nothing we haven’t seen before in thousands of other such movies.

However, Dante Lam‘s high-tension direction is the additional magic ingredient that ignites the recipe and kicks the whole story into high gear.

The police and criminal environment are equally dirty and corrupt, while goodness and honesty are only a distant mirage for the few characters who appear almost to be fighting against the whole city.

However, despite the many action scenes, the director takes his time with the right pauses to narrate the characters’ backgrounds.

Generally, these men all have highly complex family backgrounds, with tragedies to be forgotten and injustices to painfully overcome.

This quick but effective way of describing psychology is what I most admire about Dante Lam, whose The Beast Stalker, for example, I recommended in my article on some interesting and recent Eastern Movies.

If it all begins with alternating police investigations and the clever machinations of this gang of criminals, the movie takes off with the twist in the second half.

At that point, we have a man-on-man conflict that pits true honesty against the opportunism of a man who nevertheless tries to be honest while collaborating with the criminals.

The soul of this movie is predominantly action, often preferring to resolve situations explosively and spectacularly.

However, consider the dramatic side and the psychological characters’ confrontation because each has something to add to the story.

It is not a masterpiece, but it is undoubtedly a solid action movie built with stable Chinese cinematic craft.

So much talent from faraway China

As mentioned, this movie’s heart is the action scenes, yet Dante Lam stands out with a different style from his hyperkinetic colleagues John Woo and Tsui Hark.

Instead, this kind of thriller reminds me of another Hong Kong master, such as Johnnie To, for the realistic (but not overly so) style of not using two-gun shootouts in jumping between slow-motion doves.

There is a lot of violence but without going to unpleasant or out-of-context exaggerations, instead clearly emphasising that we are witnessing a story in a dangerous and unscrupulous environment.

Leon Lai plays the Detective being the force for good, firmly in command of his men who blindly trust him without question.

The actor demonstrates a good personality that distinguishes him from colleagues who have made tough cops like Clint Eastwood or Charles Bronson.

Of course, his wife’s tragic story seems almost mandatory for this kind of character, downplaying the female characters, perhaps, almost only having a moral function.

At his side, and then against, is the young, arrogant Inspector played by Richie Ren, who is equally aggressive and adept at maneuvering behind the scenes without being discovered.

His story is about a career in law enforcement that must stop because he loves a woman who was formerly the mistress of a powerful boss.

None of his superiors forgive this choice, so he decides to punish the entire police force by cooperating with the criminals.

They are two terrific characters that the director outlines simply and effectively, showing us their motivations without wasting time on unnecessary scenes.

Despite being a simple movie, Fire of Conscience is an excellent example of a director who, in 2010, still has the enthusiasm of when he started in the 1990s.

Could we all have such constancy and love the art of filmmaking as he does, even without grossing millions of dollars at the box office?

An American Pickle – The Past and Future...