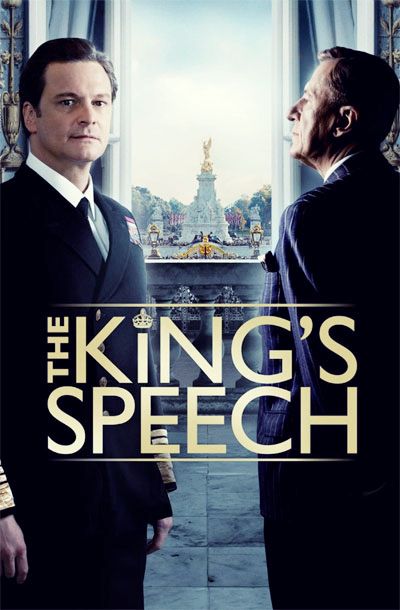 Not surprisingly, speeches were not a strength of this man, who suffered from an acute stutter which became worse when he should speak in public.

Despite his problem, everyone recognizes his human values of sensitivity, intelligence, and a keen sense of cunning in domestic and foreign policy.

His wife, Elizabeth, patiently and lovingly stands by him, yet no remedy makes him speak normally.

At the peak of despair, they turn for help to Lionel Logue, a language specialist well-known for helping many soldiers overcome World War I trauma.

As they later discover, he is not really a doctor; however, he seems to be the only one with whom the husband begins to improve his fear of speech.

Unfortunately, these improvements were not enough, and when King George V was close to death, he invested his other son, Edward, in succeeding him on the throne.

The new king appears to be more interested in spending money on useless parties in the luxurious castle than in dealing with the problems of the nation, which is getting closer and closer to war with Germany.

When Edward expresses his intention to marry a german, parliament has no choice but to dethrone him and finally crown King George VI.

At that point, it becomes imperative that he finally defeats his stuttering because Germany invades Poland, so England has no choice but to enter the war.

The new king must then overcome the most significant challenge to instill courage in his people in his first address to the nation, which was also the official dawn of World War II.

One man’s problems, one nation’s fear

The King’s Speech is a portrait of a man who led his nation in the difficult days of fighting Nazi cruelty inside a simple but effective movie that won numerous Academy Awards in 2010.

In addition to the critics, audiences also widely rewarded this story with a resounding worldwide gross of more than $400 million.

Until now, it remains the greatest success of Tom Hooper, who is confidently at the helm of a movie with a modest budget but with an extraordinary cast.

The director, therefore, decides to limit any virtuosity of the camera, and with simple shots and straightforward editing, he recounts the harshest period of King George VI‘s life.

Besides being an elegant cinematic spectacle, it is also a delightful history lesson on the delicate soul of this man struggling with words and being called upon to speak to the whole world.

Through some dialogues, we learn about his troubled childhood consisting of a total absence of affection from his family and a nanny that treated him with contempt.

These episodes severely undermined his self-confidence, leaving a sense of inadequacy accompanying him throughout his life until he met with Lionel Logue.

At that point, the movie becomes a tragic comedy, with the doctor (who is not even a doctor) trying any mental trick to get the man to overcome the psychological block.

It is hard not to laugh at seeing this king screaming, singing, and swearing to defeat his problem while the Nazis ravaging Europe are getting closer and closer to England.

In the end, as in a fairy tale, the friendship between these two very different men will win out over the fear of supreme evil, carrying the whole nation with them.

A cast of royalty level

As mentioned, despite only a 15 million budget, The King’s Speech is a movie with some of the best actors and actresses of 2010.

Above all, we can admire Colin Firth‘s superb acting, far from the infallible secret agent we will see a few years later in the entertaining Kingsman saga.

The actor dives into this complicated role with a perfect blend of weakness and fortitude, bringing to the story the confusing dignity of insecurity in a man who is not easy to understand.

At his side is the beautiful and talented Helena Bonham Carter, the faithful wife whose unwavering confidence restores her man’s strength on various occasions when courage fails.

She, indeed, will be the one to push him toward the character of Geoffrey Rush, a man outside the nobility circle yet whose humility and patience succeed where the court doctors always failed.

The actor is often a sideline that enhances Colin Firth‘s prowess, for a man who becomes king only to need the true friend he never had before.

A bit wasted is Guy Pearce, unfortunately, whose extraordinary performance in Christopher Nolan‘s magnificent Memento I recommended a short time ago.

The character of King Edward VIII appears only in the first part of the story, then vanishes almost entirely after the coronation of King George VI.

Equally, I would have appreciated a more prominent presence of the excellent Timothy Spall, who has another challenging role-playing the quirky but brilliant British statesman Winston Churchill.

The King’s Speech brings all these characters together around the figure of a man who is weak and insecure but willing to fight his way out of his shell and finally become king.

In conclusion, this is one of the few movies suitable for anyone, adult or child. Whether you are looking for simple entertainment or a complex story, you will be satisfied.