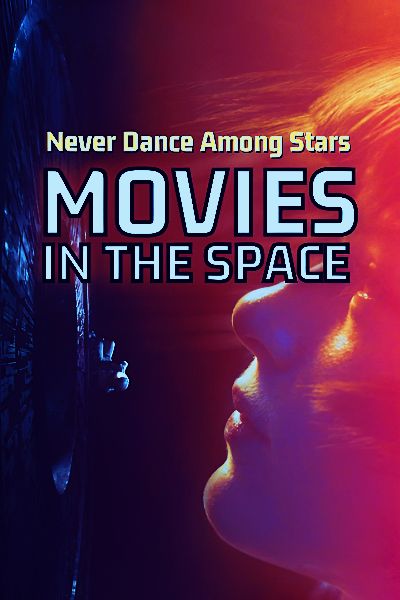 Space, the final frontier; so said the famous Star Trek in its many television series and the fantastic first movie directed by Robert Wise.

It was the 1980s, and we were still fresh from the extraordinary success of the first Star Wars, another franchise that, for better or worse, stands more than 40 years in our theaters.

Of course, even before then, other extraordinary sci-fi movies took us to every corner of the universe.

How can we forget Stanley Kubrick‘s 2001 A Space Odyssey, Andrei Tarkovsky‘s Solaris, or even Ridley Scott‘s famous Alien saga; the latter then largely owing a debt to Planet of the Vampires by the Italian genius Mario Bava?

The movies we will discuss today may not reach these levels of perfection, yet each of our cinematic experiences can be something other than a masterpiece.

What matters is how they transport us into the great void surrounding this big blue ball hanging in the nothingness where we live.

How small we feel before the infinite grandeur of the sky, where our ancestors already wrote stories creating mythological characters that survive to this day.

Each bright dot in the great blanket of the night tells a story of some distant star, perhaps defunct for millennia, and yet whose light comes to us only now after an immense journey of billions and billions of miles.

Let’s find out if cinema can still make us as passionate about the great mystery of space as it once did, and let’s look at some intriguing sci-fi movies from recent years.

To begin as best we could, this first movie’s protagonist awakens from cryogenic sleep, finding himself adrift in space with no memory of who he is or where the spaceship is going.

He only remembers being part of one of the crew groups that was supposed to take turns during the long and unknown journey.

However, he finds no one waiting for him except for a senior officer with whom he tries to open the armored door to the command room.

Each attempt proves futile, so the young guy must squeeze through the narrow ventilation ducts and find another route to get to the spacecraft’s helm.

When he finally emerges into the labyrinthic maintenance halls, he encounters a pack of ferocious monsters roaming everywhere, devouring every human being they meet.

These cannibals are actually other passengers, genetically mutated in their cryo capsules and driven mad by a psychotic syndrome called Pandorum by all space travelers.

As if that were not enough, the spaceship’s nuclear reactor has brownouts, an unmistakable sign that it is about to stop working for good.

Getting to the engine room to repair it would seem impossible, yet luckily, he finds other survivors willing to help him along the way.

Having mentioned Alien and Planet of the Vampires, the blend of sci-fi and horror works exceptionally effectively here.

The star pairing of Dennis Quaid and Ben Foster is highly appropriate, directed with a good hand by a b-movies expert like Christian Alvart.

Actually, the director handles the horror better than the action scenes, yet he keeps up the tension with skill until the excellent surprise ending.

Therefore, we can say it is a must-see for anyone who likes creepy and unpredictable space travel movies.

To the delight of all boys (and women with sapphic appetites) in today’s second movie we have a long journey into space with the sexy and famous Stoya.

The ex-porn star is an android who accompanies the pilot played by Sebastian Cavazza, to conquer the distant Alpha Centauri.

Indeed, a powerful multinational corporation has interest in the planet’s immense natural resources, but doesn’t want to risk more after already losing several men going crazy from loneliness in space.

Therefore, they program the android to be the best possible companion for this rigid and closed-minded ex-military man, who initially treats her as a toy to vent his sexual urges.

As time passes, however, the man begins desiring to love her but also to be reciprocated for real instead of only in the robotic fiction of his traveling companion.

However, in order to get true love he must free the android from all of her program limitations, obviously with consequences impossible to foresee.

The company threatens him not to, but being now billions of kilometres from Earth, the man will only listen to his conscience, whatever the price may be.

However, the actress is doing no worse than many of her colleagues; indeed, I am glad to have finally seen her in cinema that matters.

Actually in many scenes I found her even better than Sebastian Cavazza, who is perhaps a bit limited in his role of macho man for much of the story.

Director Lazar Bodroza delivers an excellent low-budget psychological sci-fi, confirming as always what is important is a good script and solid craft to bring it to the screen.

If few people knew about the previous movie, I bet even fewer have seen this mind-blowing 2018 Swedish-produced space journey.

Aniara is a massive spaceship with thousands of passengers expected to carry them to Mars to start a new life from scratch in the colonies.

However, during the journey, an unforeseen accident happens that takes them far out of route, with no chance of being able to return.

At that point, the ship’s crew tries to downplay the situation, saying they have some contingency plans that will take time to carry out.

Except some of the passengers soon realize that, actually, they are just now drifting through space in a giant coffin.

Among them is a woman responsible for a virtual dream program through artificial intelligence, which becomes the only way of escape from reality for all of this spaceship’s prisoners.

Yet when even this technology finally fails, the awareness of their inevitable fate leads the people on board to extreme consequences such as suicide or becoming military or religious fanatics.

Aniara is an excellent movie, an icy miniature of our world trapped forever in an endless space journey.

Let us give kudos to Pella Kagerman and Hugo Lilja, whose commendable direction and writing finally bring forth a socially impactful science fiction.

Refrain from viewing those who seek spectacular entertainment at all costs because here we have neither action nor expensive special effects of admiring.

Vice versa, all those who crave a perfect metaphor for our society will be at home with a passionately told science fiction with no shame whatsoever.

As William Shakespeare said, to be or not to be, in this case, there are no other choices.

Another movie, another long space journey to the far end of our solar system for the not-so-young Brad Pitt in search of his father, the even-more-older Tommy Lee Jones.

It all begins with some accidents that increase exponentially as frightening energy surges take out spaceships and orbital stations.

Not surprisingly, a highly decorated space pilot is assigned to join his father at a remote outpost near Neptune.

The reactor powering this outpost may be the cause of these accidents, having a powerful antimatter core which, if faulty, could explain the strange and growingly dangerous energy spikes.

He had not seen the man since childhood when he had left him and his mother on a mission with a group of scientists searching for extraterrestrial life forms.

Obviously, the journey will not be easy, but it will give him time to rethink what he has lost to his family and understand why he became a lonely space traveler like his father.

James Gray once again proves to be a director thinking outside the box, as we have already seen in We Own the Night and The Lost City of Z.

His is not a philosophical sci-fi movie such as Solaris or 2001 A Space Odyssey, but rather a journey into the mind of a man haunted by a loveless life, searching more for himself than for his father.

Brad Pitt and Tommy Lee Jones make up a dysfunctional family whose brief reunion is one of the most touching moments of cinema I have ever seen.

I won’t say more so as not to spoil the viewing for those who don’t know it, only wishing you a good journey through the stars.

We conclude with a small 2019 Canadian horror virtually unknown to international audiences and cruelly butchered by those few who know it.

This movie begins aboard a spaceship in space near the Earth’s atmosphere, where some people wake up immobilized to a chair connected to strange cables sticking out of the walls.

They don’t know each other and have no memory of how they got there, and when they start talking, it gets even stranger.

Indeed, they come from different places, such as the United States or France, and finally, a girl and a soldier from a secret army base.

Even stranger is when recounting their experiences, discovering to come from various periods from the distant 1950s to the early 21st century.

To make matters worse, the cables to which they are connected begin to flood their minds with terrible nightmares, triggering panic while they are helpless and stuck in chairs.

Only the military knows the nature of these nightmares, which through human terror, provide power to the enormous spaceship where they are imprisoned.

Their only weapon is the young girl who comes straight from the UFO era of Roswell and can fight the alien menace with the power of her mind.

Obviously, we are talking about a low-budget production, yet the decent craft of director Nicholas Humphries makes excellent use of a plot in full X-Files style.

None of the characters’ characters are unnecessary or trivial, and the dynamics of relationship and trust in the group evolve well to a worthy conclusion where we even see some excellent CGI special effects.

So be aware of poor appearances and the lack of famous names in the cast.

Speaking of cinema, what counts is imagination and craft behind the camera, don’t you agree?