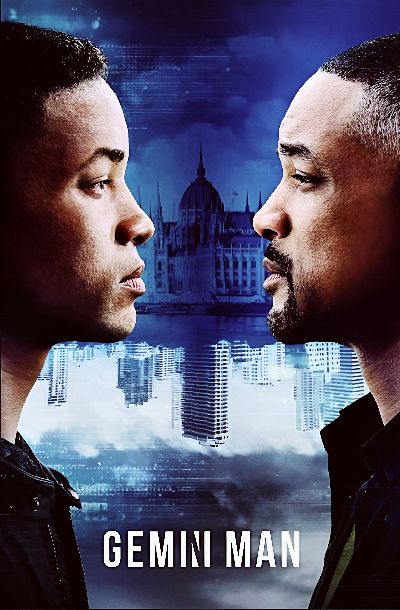 Gemini Man fits perfectly for anyone looking for nothing more than a good 2019 action movie without much effort, possibly with a familiar face like Will Smith in the leads.

Then if you add to the equation a solid professional such as Ang Lee directing, entertainment is guaranteed.

The story concerns one of the best hit men in American Intelligence, about to conclude a long career with a virtually perfect kill record.

After his last mission, however, he discovers that his boss and old mentor used the agency’s resources to eliminate targets for personal gain.

Obviously, the man has no intention of keeping his mouth shut, so an international hunt breaks out against him.

Thanks to his skill and experience, he survives the attacks and goes into hiding, escaping along with a young female agent and an old criminal friend.

However, his former boss has no intention of giving up and unleashes his best and most secret weapon against him.

Indeed, years earlier, he created a clone of his best soldier, personally raising and training him as if he were his own father.

The young copy meets the old original, hunting him all over Colombia in a deadly duel from which no one emerges victorious.

Wanting to meet this killer who looks identically to him, he lures him into a trap, forcing him into a shocking face-to-face.

No longer able to deny the truth, the clone must admit that man has never done anything but lie to him, deceive him and exploit him.

However, it is difficult to deny his lifelong relationship with the one he has always believed to be his father, so he must decide which side to take.

The future of cinema is bringing actors back to the past?

Rejuvenating famous actors with CGI is certainly nothing new; in Hollywood, it seems to have almost become a trend for over a decade.

We can mention, for example, Martin Scorsese‘s The Irishman, an impeccable crime story where the director brings back three legends such as Robert De Niro, Al Pacino, and Joe Pesci.

Other times, however, they are just cameos, such as Arnold Schwarzenegger in Terminator Salvation or Carrie Fisher in the fantastic Rogue One ending, which reconnected wonderfully with the beginning of the first Star Wars.

In 2019, Gemini Man brought this technique to the next level, forcing Will Smith to do double duty in two characters fighting for almost the entire movie time.

Reading many opinions and criticisms on the Internet, I surprisingly get at how badly the public received Ang Lee’s work, frankly without understanding why.

I am not saying it is the best of the director’s filmography or the best action adventure ever, yet there is a balance in every judgment.

The plot and the dialogues the various characters deal with are never silly, creating a small world of spies and secret agents that decently fulfills its job.

In addition, the directing technique soars in spectacular camera virtuosity by offering an exciting range of shootings, fights, and chases.

Many professional critics have complained about the unsuccessful use of 120-frame-per-second shooting. However, when I watched it at the theater, I did not experience any mistaken feelings about the speed-up they talked about.

Indeed, I would have liked even more action scenes, given the director’s skill in creating the right frenetic pace while never overdoing the confusion.

Let’s enjoy the show and be thankful there are still directors of this caliber who carry on the technique in action movies.

Blockbusters that win and others fail

In the past, I have only sometimes liked big blockbusters with Will Smith, such as the famous Independence Day or the Bad Boys saga, which were undeniably hit with audiences.

However, here his performance was compelling in both roles, the old assassin at the end of his career and the young warrior who would like to be like him.

In addition, the actor still has enviable physical fitness even though he is now over 50, greatly helped by the stuntmen’s excellent work, especially in the crazy motorcycle fights and shootouts.

Of course, every hero needs a worthy nemesis, and Clive Owen does the task required of this role well, although his character’s motivations remained unclear to me.

The best scenes are those between the villain and the young clone, where we see this bizarre father/son relationship clash with that of master/pupil.

The clash escalates because the pupil is tiring of practice and wants to come out of the shadows and fight in the field, even though he has no idea what awaits him.

Equally good are the supporting characters, especially Mary Elizabeth Winstead, who I would have let play a more action role, as she will later prove to can kick ass in 2021 as the star of the frantic Kate.

Instead, Ang Lee may not have fully exploited Benedict Wong, a likable actor here tasked mainly with being the fun resting moment between scenes.

Gemini Man grossed decidedly well in 2019, accumulating over $170 million worldwide, but more is needed being a movie that cost nearly $140 million.

However, we are not here to do the math in the producers’ pockets but to watch good cinema, for which Ang Lee‘s work should be promoted with flying colors.