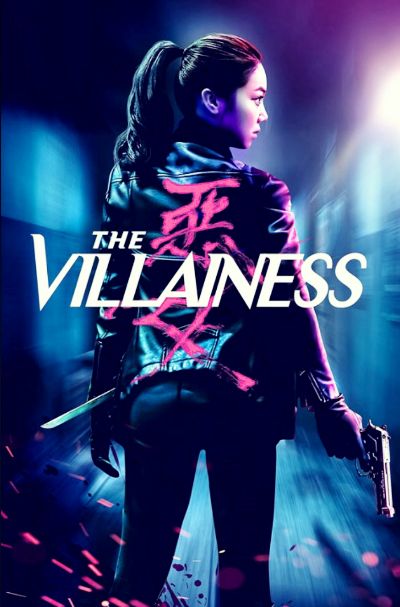 Everyone who only feeds on Western blockbusters should experience The Villainess, a terrific 2017 South Korean action movie.

Not surprisingly, the story opens on a spectacular fight/shooting sequence, where a mysterious woman enters a drug warehouse full of killers and drug dealers.

After mercilessly slaughtering them all, she ends up on the street and has to surrender to the surrounding police.

However, the government sees in her a potential weapon that can be more useful alive than condemning her to death.

Therefore, they break into her cell, gas her, surgically change her face, and then take her to a secret facility to make her an agent.

They discover, in addition, at the medical examinations, that she is pregnant, so they exploit it to blackmail without leaving her any choice.

During the hard training, we learn about her past in flashbacks when a dangerous criminal trained her as a child.

The man was not one of the good guys at all, indeed had just killed her family, yet he was determined to turn the little girl into a ruthless and relentless killer.

She does not take long to emerge as the best among the girls in the training center, so the government places her as a drama actress waiting to give their orders.

Finally, she can live an almost normal life with her child, moreover falling in love with her neighbor with whom she starts a relationship.

However, it does not take long for the government to call her back to duty, sending her out to kill some of Korea’s most dangerous criminals.

Finally, when the man who had killed her parents and made her a murderer appears among these targets, she decides that the time has finally come for revenge.

Fast pace and great style for a new director

Sometimes it amazes me how certain movies or sagas come to success, and others remain in the shadows.

For example, like many of you, I await the latest frantic chapter of John Wick, a low-budget production that became a franchise that the general public reveres.

Looking at the skill of director/screenwriter Byung-Gil Jung, his action scenes are just as good.

It only takes admiring the spectacular initial sequence to realize how it shifts smoothly from first-person to close-up wide-angle.

Fights, stabbings, explosions, and shootouts come together in a colorful and bloody ballet of choreography cleverly shot by this promising new director.

We even have a motorcycle chase with a samurai katana duel, similar to what we will see a few years later in John Wick 3.

Of course, The Villainess brings 2017 a new life to one of Luc Besson‘s 1990s masterpieces, La Femme Nikita, a prominent exponent of women’s action movies.

Besides many plot references, there are some literally identical scenes, such as the famous scene of the female sniper locked in the bathroom.

However, we still enjoy a movie that, despite the clear inspiration from this cinematic strand, walks on its own legs with great dignity.

Indeed, no one foolishly expects great narrative depth from what you have to understand as pure entertainment.

Once again, as in John Wick, many of the characters and situations are stereotypes we all know well enough already, but it doesn’t matter.

In this case, the story becomes a cauldron where the director adds ingredients from the most diverse cinematic influences, such as Quentin Tarantino does with the two Kill Bill volumes.

So don’t look for symbolism or hidden metaphors; what you see is all there is, and believe me: you will see a lot of good, spectacular killings!

Besides being a beautiful woman and an excellent dramatic actress, she does great during the many action scenes.

Her look before the surgery was more aggressive and in line with the character, while the second part is more maternal, having to raise a little girl.

However, I did not particularly enjoy her romance with the neighbor, but not because of who is playing the role, Shin Ha-kyun.

On the contrary, the actor succeeds in bringing some life to a character who, frankly, is too quickly written and inserted and does not enthuse much.

Her relationship with the other spy girls is much better, with a rivalry/friendship that starts in training and ends on the battlefield during missions.

The professional killer Kim Seo-hyeong is above them all, with a cool appearance and manner reminiscent of Nikita’s cruel recruiter Tchéky Karyo.

Indeed, although she doesn’t shy from kidnapping and blackmailing these girls, she also senses a responsibility toward their choices and is duty-bound to protect them.

As I said, I don’t want you to think that The Villainess is a perfect movie, but it deserves much more success than what it got in 2017.

Sometimes certain dialogues and dramatic sequences are drawn out too long, but we can forgive some flaws of a beginning director like Byung-gil Jung.

What matters is the juice within spectacular stunt direction and the highly modern editing, yet respectful of the great classics from which it largely takes its inspiration.

So let us all have fun together in this awesome action amusement park with at least one sequence for all fans of the genre.

Especially for everyone who knows little about Eastern cinema, it might be the right time to open your eyes to a world of cinematic opportunities waiting for you.