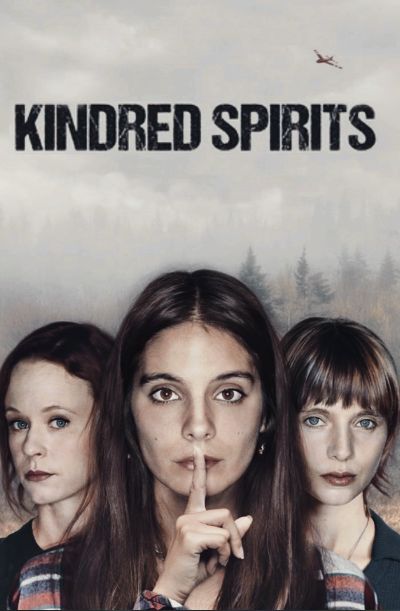 We all love adventurous stories with superheroes fighting terrible monsters, but sometimes the beast lurks in an ordinary family that is not at all super, as in Kindred Spirits, a 2019 dramatic movie thriller.

Indeed, the protagonists we follow in the beginning are an ordinary single mother and her problematic daughter who live in a small Texas town.

I said problematic because this young girl often gets into trouble, for example, beating up a schoolmate who teased her.

One day her sister, whom she knew to be wandering around America and had not seen for many years, also comes home.

Being in her early twenties, she bonds immediately with her daughter, partly because her aunt had rescued her when she was little and a car was about to hit her on the road.

Finally, everything seems to be going well, the girl is happy to have a new friend, and even her mother seems calmer in her presence.

But it doesn’t take long before the madness brooding beneath the woman’s sweet boyish face emerges, and she is increasingly obsessed with being with her sister and getting her troublesome niece out of the way.

Therefore, she begins to undermine relationships with her boyfriend, best friend, and even with her mother, whom she deceives with manipulative cunning.

The situation quickly deteriorates to extremes when the madness escalates murderously beyond the point of no return.

At that point, the daughter will have to fight against the madness that only she seems to realize before it is too late for all her family and friends.

A classic direction with a fresh look

Lucky McKee is the director for everyone loving tense genre cinema, finally a little different from what mainstream distribution throws at us every year.

Since his debut with the entertaining All Cheerleaders Die in collaboration with Chris Sivertson, he has been cleverly transforming a previously seen slasher plot into something new and refreshing.

Impeccably blending horror and thriller, his stories tell us about the complex relationships between youth and adults, as in his favorite movies, Blood Money and The Woman.

Kindred Spirits is a 2019 movie that takes the ingredients of this recipe while inserting some references to great classics such as All About Eve.

Wanting to criticize something that I was unconvinced by, the final part, where the actual violence comes, is perhaps narrated too quickly.

I would have liked more gore instead of only in the last half hour, especially since Lucky McKee is extremely good at constructing these horror scenes in a way that is never trite.

Instead, the actual ending is absolutely outstanding, lovingly paying homage to Alfred Hitchcock‘s immortal Psycho but without merely copying without imagination.

I have read many reviews and various opinions that are very mixed, but this is nothing new for this director’s movies.

The thriller works by growing from scene to scene and describing well the psychology and motivations of the various characters, with few but essential plot twists that change the game’s rules.

A game where no one wins in the end, as is often the case in real life, after all.

In this case, the cast stays at a relatively young age. Caitlin Stasey is a beautiful, mysterious girl all to herself who then veers into utter psychosis by gaping homicidally.

Honestly, she was more believable in the confusing part than in the violent one. Still, in the excellent final epilogue, she gently mimics the mythical madman played by Anthony Perkins in Psycho.

His love for his angry niece slowly turns into envy and a desire to eliminate her, but Sasha Frolova‘s character obviously has something to say about it.

Although still young, the actress gives the most convincing performance in the mother/aunt/daughter trio, partly because she is probably the character with the most scenes and dialogue.

Also worth noting is Thora Birch‘s excellent performance, which, given her experience in movies like American Beauty and The Hole, would indeed have had one of the roles above in her youth.

The actress also does very well as a single mom, perhaps a bit too trusting of her sister in the finale, but never so that the narrative becomes baroque and silly.

The supporting cast also proves up to the task, such as best friend Shonagh Smith and father/lover Macon Blair, who unwittingly open the violent conclusion of the movie.

I saw little inspiration; on the other hand, Isai Torres, the boyfriend, was dragged around the woods somewhat like a puppet with no personality and was generally uninteresting.

Kindred Spirits could be better, but it remains one of the most interesting independent movies of 2019.

Even though his fans have only partially appreciated it, Lucky McKee adds another notch to his good filmography and continues his journey by staying true to his most cherished style and themes.

What do you guys think of this director? Should his way of filmmaking change or does it work perfectly as it is? Let me know your opinion in the comments, whatever it may be.