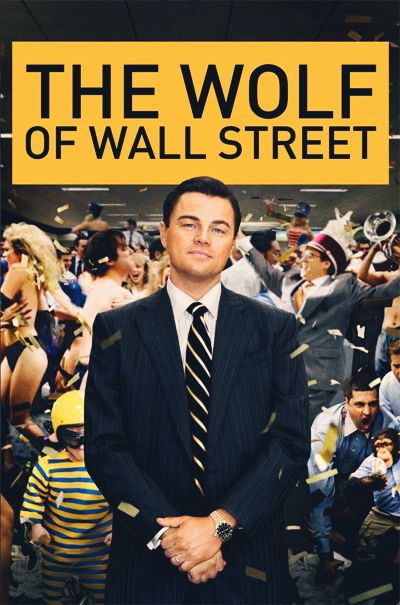 Among the many collaborations in the career of Leonardo DiCaprio and Martin Scorsese, the one I have most adored is undoubtedly 2013’s The Wolf of Wall Street, a movie that mercilessly destroys the uncontrollable prowess of financial sharks.

The story is a comic and grotesque biography of the rise and fall of Jordan Belfort, founder of a financial empire that collapsed on his head.

At first, the protagonist is one of many aspiring Wall Street millionaires whose dreams are dashed before they even begin because of a stock crash that sent the firm that had just hired him as a broker into ruin.

To make easy money, the young man pessimistically accepts a job in a small office where he has to sell penny-stocks to ordinary American workers.

However, he soon discovers that he has a profit margin with these stocks that is enormously higher than the sales he used to make on Wall Street, quickly gaining money and popularity from commissions.

His colleagues are so enthusiastic that they join him when he starts a new company to sell the lousy penny-stocks to high-society clients.

With the astonishing success that follows, he also attracts the FBI’s attention, which is convinced that the man is hiding some of his profits to avoid paying taxes.

Meanwhile, he leaves his wife and marries a charming young duchess, who, thanks to her relatives in Switzerland, helps him better launder his money.

But the excesses of drugs, prostitution, and violence in his office have reached an uncontrollable level, triggering an inevitable whirlwind of madness and corruption that will bring everyone to ruin.

The worst of capitalism in a brilliant black comedy

Martin Scorsese delivers a compelling black comedy at the usual pace of his impeccable editing, even with the support of an extraordinary cast in a state of grace.

The most surprising aspect of The Wolf of Wall Street is the utter lack of morality that makes it more than just a movie, but a hard lesson to digest for those who still believed in the American dream in 2013.

Leonardo DiCaprio delivers one of the most compelling and unhinged performances of his long career as the narrator and focal point around which the whole story revolves.

Starting at top speed with the list of drugs he consumes every day, longer than a phone book, his character degenerates scene after scene with no conscience and no sign of remorse.

However, what marks the point of no return in his descent/ascent to success is his meeting with Jonah Hill, a humble supermarket salesman who joins in his mad conquest of Wall Street.

The duets between these two splendid actors are extraordinarily crazy and hilarious, each seeming to bring out the worst, pushing the other to degenerate into using every drug possible.

I swear, if Bruce Campbell had also been in that office with a chainsaw for a hand, it would not have seemed at all exaggerated.

Fortunately, audiences understood its spirit, rewarding the movie with more than $400 million worldwide.

For once, the money went to the right place.

The many jewels of this cinematic crown

It would be unfair not to mention the rest of the supporting cast, who are a crazy family around the core of this story.

Let’s start with the beautiful Margot Robbie, who lights up the screen with her love-at-first-sight sensuality and elegance.

But do not take her for the stereotypical dumb blonde, for indeed, she will often be the one who makes her uncontrollable husband dance like a puppet.

Although he is only present in one scene, Matthew McConaughey is equally irresistible in his cameo, explaining to DiCaprio (and to us as well) the simple rules of survival on Wall Street: namely, being high on drugs all the time.

Among the many faces in the office, I want to mention Rob Reiner, an actor and a director of cult movies such as Stand by Me, When Harry Met Sally, or The Princess Bride.

His hilarious role is to be a neurotic receptionist who curses the caller on the phone in every way before picking up the receiver and talking quietly normally as if nothing happened.

In this case, however, he is a muscle-bound all-around collaborator who seems to be the only sane one in the general craziness in charge of hiding money from the IRS.

I had said before that 2013’s The Wolf of Wall Street is a movie without morals, but we can find at least a little of that in Kyle Chandler‘s character.

Indeed this FBI agent is the nemesis that DiCaprio will not know until it is too late, even defying him by foolishly waving away the money he does not want to accept as corruption.

But because of this, despite everything, he also seems the less believable character.

What do you think instead? Is it worth selling your dignity and sanity for a big fistful of dollars?