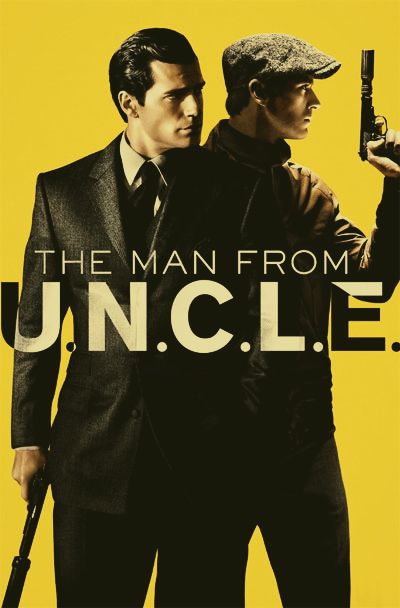 If you’re in the mood for a relaxing and cheerful evening, let’s watch a fun 2015 espionage movie by Guy Ritchie, The Man from U.N.C.L.E.

The story is an entertaining circus between three characters, two of whom are top secret agents respectively from Russia and the United States.

One is a sleek and cunning art thief who must cooperate with the government instead of going to prison.

In contrast, the other is a silent and deadly warrior with great physical strength who is unbeatable in hand-to-hand combat.

Their paths cross in dangerous East Berlin in the 1960s, when the American tries to make a young girl flee to the West.

Soon after, both agents are informed by their bosses they must work together, since the girl is the only connection with a secret organization of former Nazis/fascists they have.

At the head of this dangerous military group is a wealthy and beautiful businesswoman, who has kidnapped the father of the fugitive girl from Berlin.

The man was one of Hitler’s most talented rocket engineers, then fled to America but then forcibly returned to Italy, where they force him to build nuclear warheads.

So the American, the Russian, and the girl from Berlin must team up to find the engineer before he completes his work and disappears forever.

At first it will not be so easy for them to work together, as the two agents never agree on anything, and besides, the Russian seems to fall in love with the asset he supposedly should protect.

However, this beautiful maiden is not as naive and helpless as she seems, something both men will painfully discover.

At that point the British Secret Service will also come into play, leading this bizarre spy trio and giving them the code name U.N.C.L.E.

A highly entertaining director… maybe too much so?

It is difficult for me to determine whether I like Guy Ritchie‘s movies, but in the case of 2015’s The Man from U.N.C.L.E., I have no doubt.

I have never had a problem with the skill behind the camera of this British director, as we can agree that his technique is always of a high standard.

However, sometimes he gets carried away with this talent of his by over-showcasing certain aspects of his movies.

This is fine on the entertainment side, always creating high-paced pyrotechnic shows, but unfortunately, the price is that it makes the characters and stories he tells too silly.

In this case, however, Guy Ritchie achieves the best compromise in all the ingredients of his movie recipe.

Fortunately, the story is never too serious, but even the humor never reaches the excesses of Snatch or Sherlock Holmes.

The spy plot abundantly recycles all the stereotypes we already know with Russians, Americans, and Nazi villains hiding in the shadows.

However, the mixture of characters is so effective that we don’t care; when we reach the end, we want more.

The elegance of the staging and costumes finally has the calm editing it deserves, admiring the details in the period reconstruction and the sex appeal of the lead actors and actresses.

Above all, I admired the different construction in the action scenes, where the director finally uses his talent and sometimes even entertains by leaving the fighting in the background compared to something else.

I cannot compare it with the original TV series of the same name, being too young to have seen it, but this movie is cool and entertaining.

Many fans have wished for a long time a sequel, but we have never heard anything concrete besides a few rumors.

So hot are these spies!

As mentioned, besides the perfect direction and editing, the beating heart of this movie is its excellent actors and actresses.

Henry Cavill is a perfect new James Bond, elegant and ironic but with a past as a thief without honor, which, however, comes in handy in the spy profession.

It is one of the actors’ best performances, even compared to other more successful roles such as Superman or the famous series The Witcher.

On the other hand, Armie Hammer is a Russian soldier with a sad past wishing to redeem his family’s honor after his father’s ignoble fate.

However, towards the middle of the story, his tender and romantic side also emerges when he becomes protective of the beautiful Alicia Vikander.

The actress was fresh off her outstanding performance in Ex Machina, while here she becomes a new kind of femme fatale.

Despite being a petite girl, she has an unquestionable charm with which she makes both the actors above dance as she wishes.

Equally beautiful and lethal is the villain, played by Elizabeth Debicki, who matches the characters’ fun with a twisted and evil business sense with no mercy for anyone.

Finally, we mention the phenomenal Hugh Grant, always impeccable with his British humor in the role of the ambiguous representative of the British Secret Service.

He will be the one to become the head of this new special team called U.N.C.L.E., which, as mentioned so far, has left us in suspense for a possible sequel, so far never officially announced.

Let’s hope the producers still believe in it, as it could have become a viable alternative to the famous Mission Impossible saga.