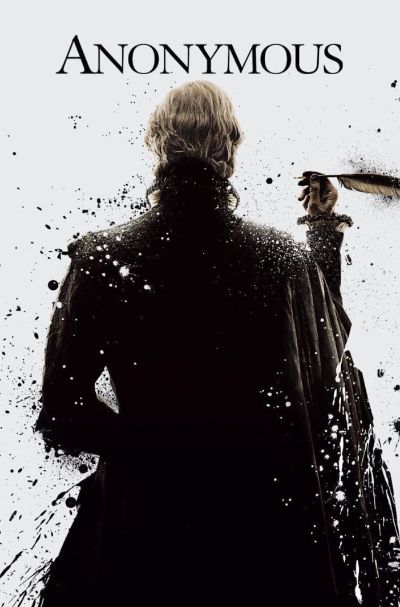 It is never easy to touch the lives of the myths of any art, as is the case in this intriguing 2011 movie, not surprisingly named Anonymous.

In this case, we question the entire career of William Shakespeare, the immortal English writer whose works are among the most performed in theaters worldwide.

It all begins in a present-day theater, where a barker anticipates this story on stage, beginning to tell us about the tragic life of the nobleman Edward de Vere.

Indeed, while living in his rank of ease and security, the young man cannot follow his true passion for acting and writing.

When he later becomes an adult, there is no turning back, being a protégé of Queen Elizabeth‘s adviser already set on a political career and taking care of the family’s finances.

Stuck in a loveless marriage, de Vere has numerous mistresses over the years, including the queen with whom he has a son who is sent to grow up away from both of them.

But his true passion has never changed; in secret, he has written dozens of tragedies and poems that he decides to have published by another writer, Ben Jonson, who is to keep the actual author’s name a secret.

During the first performance of these plays, the audience reacts with incredible enthusiasm when one of the actors picks up the script and declares that he was the one who wrote it.

This actor was indeed William Shakespeare, and from that moment, there will be no turning back, especially when the success reaches the ears of the queen, who is a huge theater lover.

As widespread discontent increases in the streets, some nobles will try to exploit the narrative power of this author to commit a coup.

The unexpected surprise of a blockbuster director

Before judging this movie, I will preface my ignorance about William Shakespeare‘s life, so I cannot know how historically accurate Anonymous‘ 2011 reconstruction is.

Wanting to discuss it only on a cinematic level, it is without a shadow of a doubt Roland Emmerich‘s best movie.

I have always disliked this director’s style, although it must be admitted that many of his blockbusters, such as Stargate or Independence Day, were great successes.

His exasperatingly American style is almost undigestible, although I admit he can hold with experience a big-money production.

In this case, I started watching this movie without even knowing that he was the director, being enormously surprised to see his name in the end credits.

Certainly, again there is no shortage of exaggeration, such as the premise of the fake William Shakespeare and the subsequent improbable plot to overthrow the Queen.

I admire the incredible passion the director wanted to show toward the English author’s literary masterpieces, brought to the stage with engaging direction and the evocative power they deserve.

These works were an embarrassment to the political class of that era, ridiculing the appearance and behavior of the political array behind the Queen’s tone.

As such, Emmerich does an excellent job of immersing us in a 16th-century mood, for the first time employing softer direction with outstanding scenery and costume reconstruction.

I hoped it could be a breakthrough for the director, who then reverted to his usual pyrotechnics with Independence Day Resurgence, White House Down, or Moonfall.

Among these low-brain, high-effects movies, we at least had Stonewall, a fascinating social epic breaking away at least from the bloated, empty style of his usual blockbuster filmography.

English faces for an English story

Besides Roland Emmerich‘s placid (for once) direction and John Orloff‘s excellent screenplay, there is also much more.

The main highlight of 2011’s Anonymous is the cast, which, oddly enough for a high-budget American movie, consists of all leading roles of British actors.

Just as it is exciting to discover this great author’s (supposed) talent, watching his passion fade bit by bit is heartbreaking.

Indeed, the queen’s cruel adviser ( a glacial David Thewlis) will control every moment of his life, planning a trap that will give him no hope.

Even after his death, his son succeeds him being equally clever and ruthless with an excellent performance by Edward Hogg.

His acting is even more convincing and human, with the resentment of his half-brother rejecting a political career for the sake of writing, eventually destroying himself.

At this point, we have the two men who bring de Vere’s writings to the audience: fellow writer Ben Jonson and the liar and vulgar William Shakespeare.

Respectively the actors are Sebastian Armesto and Rafe Spall, who will have an ongoing dramatic and entertaining duel until this tale’s last minute.

Finally, we talk about the great Queen Elizabeth, far from the glorious movie starring Cate Blanchett, here played by the elderly Vanessa Redgrave and the young Joely Richardson.

These two excellent actresses are mother and daughter in real life, bringing to the stage an insecure and, therefore, most human and believable woman.

I can’t tell you more about this movie, except to advise you to discover it for yourself in case you missed it.