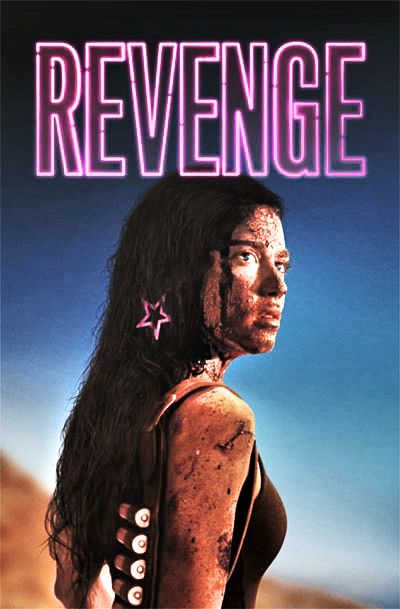 Hell knows no fury worse than a woman seeking revenge, as the baleful men in this 2017 movie will discover.

It begins with a love story and two lovers who flee to the desert to experience a delightful weekend of passion.

The man is married, but the girl doesn’t care, being young, naive, and very attracted to his charming looks and enormous wealth.

However, two more of his friends join them without invitation and are instantly stunning by the beauty of the man’s mistress.

So one evening, after drinking happily together, one of these two men rapes the girl while the other watches the perverse spectacle without doing anything.

Her lover tries to calm her down and would like to put everything to rest, but she insists on reporting what happened to the police.

Yet the man categorically refuses because the incident would expose his secret relationship besides ruining his friend’s life.

Unable to afford a divorce and let his wife take half of his marriage, together with his friends, he throws the girl off a cliff.

Incredibly she survives, badly hurt but determined as ever to avenge the abuse she suffered and the attempted murder of these criminals.

So while they search for her across the entire desert, she begins her hunt, slowly transforming from a frightened girl into a merciless and fearless warrior.

Amid that vast no man’s land, moreover, even her friends discover that they are not so friendly when the richest and strongest one displays his deep contempt for the others.

Because of their stupid manly rivalry, they all underestimate when the beautiful girl of the day before today may have become a deadly and unstoppable killing machine.

Realism is not funny

Although critics generally welcomed Revenge in 2017, audiences were split down the middle between those who love and hate this movie, with no middle ground.

I can only soundly applaud the work of Coralie Fargeat, who writes and directs a story we have seen a thousand other times before but with a modern, fresh, and original style.

The action scenes are charged with energy and violence, punctuating a fast-paced adventure that does not diminish the human drama we see on screen.

Even better are the tension sequences with which we arrive at these scenes, emphasizing with good editing and wise use of music and silence the anticipation of something inevitable about to happen.

In addition, the natural setting offers desert vistas as immense and wonderful as the stunning lead actress, the young Italian-American Matilda Lutz.

Her character’s evolution carries the flag high amidst the vast genre of revenge movies, especially with girls as I Spit on Your Grave or The Last House on the Left.

Equally stupid are many of the public criticisms of Revenge in 2017, including some intense, bloody scenes that would not be realistic enough.

These people probably found it realistic how old Rambo once sewed up or cauterized his wounds, but it should be ridiculous if it’s a pretty girl doing it instead.

The genesis of this heroine is simply phenomenal, as a metaphor (shown openly on Lutz’s body) of a phoenix rising from humiliation and fear, becoming a modern-day post-feminist Valkyrie.

So let us hope that Coralie Fargeat continues to make films with this grit; we certainly all need it.

Despite the excellent female director and protagonist, let’s also acknowledge the men in this movie.

Kevin Janssens is perfect as the group’s alpha male, initially seeming sexy and irresistible but becoming a ruthless, evil murderer within one scene.

The character drops the mask showing all that is rotten hidden underneath, a rich snob willing to do anything not to lose what he possesses.

What he possesses makes him superior, in his sick mind, not only to the girl but also to his friends, whom he treats with almost worse contempt.

They realize to worth exactly as much as the young mistress of this successful man, being just spectators with whom to feel stronger and display his wealth.

Yet even these two men have their own well-defined personalities, such as the grinning rapist played by Vincent Colombe in a more disgusting than a genuinely violent scene.

Equally sleazy and vulgar is the fat friend with the face of the excellent actor Guillaume Bouchède.

This friend witnesses the abuse by eating chips as if sitting in a movie theater, ending up, not surprisingly, later with his eyes gouged out by the beautiful avenger.

The trio of actors is a perfect contrast for the heroic ascension of the protagonist, offering a cue in each scene that is funny (even ridiculous at times) but fascinating in the degradation from men to beasts of these characters.

Unfortunately, Revenge was unsuccessful at the box office in 2017, failing financially despite being a low-budget movie.

We can only hope this does not hinder the career of Coralie Fargeat, who I hope one day becomes as famous as her brilliant female colleague as for example Kathryn Bigelow.

Dangerous – A Lonely Hero Without...