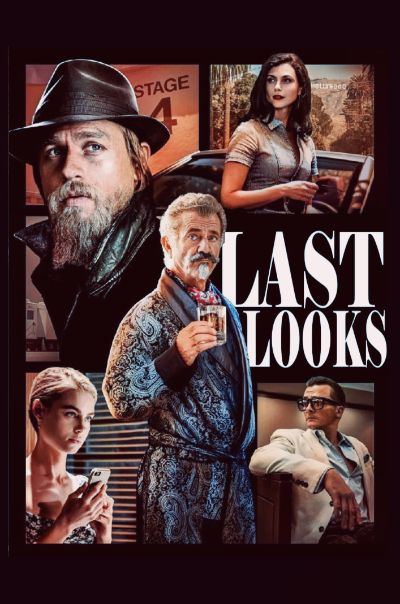 There is no better place on earth than Los Angeles to set a crime movie in the world of the star system like Last Looks of 2021.

For better or worse, we all love Hollywood, even if this golden commercial machine sometimes kills the spirit of what it is meant to create.

In this case, the story begins quite far from town, where a former policeman has retired to live alone after a successful career ending in tragedy.

Indeed, years after the sensational arrest of a supposed drug dealer, he discovers that witnesses lied and the man died in jail despite being absolutely innocent.

Guilt drives him to expose the corruption and inefficiency of the police department, making many enemies in the press, politics, and among all his colleagues.

However, an ex-girlfriend pays him an unexpected visit, offering to work for a producer of one of the longest series loved by the public.

The police suspect the show star killed his wife, who was found on the floor in the living room with her head struck by a blunt object.

Initially, the ex-cop refuses, but when the ex-girlfriend disappears, he tries to find out what happened to her.

When he arrives in Hollywood, the actor suspected of murder welcomes him into his home, but it is clear that he is hiding something he does not want to talk about.

At the same time, a corrupt policeman and some criminals repeatedly attack him to intimidate him into abandoning the investigation.

He is still regarded as a traitor because of his past, so no one intends to help him, instead openly obstructing his work.

However, he uncovers some pieces of the puzzle by following clues that lead directly to the actor’s daughter’s beautiful young kindergarten teacher.

So cool and so funny

Last Looks is a multifaceted 2021 movie that brings together several eccentric characters, each of whom has his or her own subplot that manages to be interesting.

We start, of course, with the main character, Charlie Hunnam, a charming British actor whom I have liked since Sons of Anarchy or the intriguing love story drama The Ledge, which I recommended some time ago.

Once the series ended, several film possibilities opened up for him, beginning with Guillermo del Toro‘s magnificent sci-fi action Pacific Rim, which was followed by the tragicomic failure of Pacific Rim Uprising with a different cast and director.

In this case, the actor plays a character in forced withdrawal from society who must return to the game within the same world he had chosen to abandon.

The introspective moments where he recounts his background are intense and dramatic, but fortunately, the whole story is to a light-hearted soul with a fast comedy pace.

However, the atmosphere of old noirs is always present, even if moderated by ubiquitous humor, building a good anti-hero who guides us through this complicated investigation where everyone lies for his own personal interests.

Charlie Hunnam moderates his sexy and cool appearance into a detective of human weakness who, for almost half the time, we see him take a beating from practically anyone, however rising up each time without ever giving up.

I found a bit weak his so strong bond with Morena Baccarin, with no fault from the actress, who is beautiful and charismatic. Still, unfortunately, she has too few minutes to completely capture us with her character.

It’s a shame because the opening scene between her and Hunnam shows a fun seduction/conflict relationship that could have been better and longer throughout the whole story.

The comical weaknesses of Hollywood

Above all the rest of the cast, my favorite is Mel Gibson, whose recent career I have enjoyed recommending some extremely intriguing movies such as Fatman and Dangerous.

Of course, it is always fun to watch old Mad Max as the actor lashes out at the crew with his raging eyes, as some stand-ins paid explicitly by the production to let him vent between shots.

Perhaps he could have been a more ambiguous character to enhance the crime side of the story, as I never thought for a second he could be the killer.

Definitely more perverse and exciting is the little teacher Lucy Fry, who teaches children with an innocent and candid look only to turn out to be a woman with great sexual appetites and numerous lovers.

Her character will, unfortunately, fade into obscurity, and we will never know her fate, but whenever she is on screen, she certainly has our full attention.

On the other hand, Rupert Friend plays the most complete character, as this schizophrenic and hilarious TV producer.

This figure is a perfect parody of the Hollywood system, from which sometimes dreams are born, feeding us for generations but on many occasions is just a spectacular smoothie of trivial stupidity.

Finally, I want to mention Dominic Monaghan and Clancy Brown, two actors that I really like who unfortunately have only a minor supporting role with too little time in the narrative.

I want to conclude that, undoubtedly, Last Looks is not the best movie of 2021, but I would be lying if I said that it did not entertain and have no desire to see it again.

The story aims for pure entertainment, and it succeeds, with some nostalgia toward old noirs and joking ironically about the most prosperous world movie industry.

Paterson – The Ordinary Life Of A Young Poet