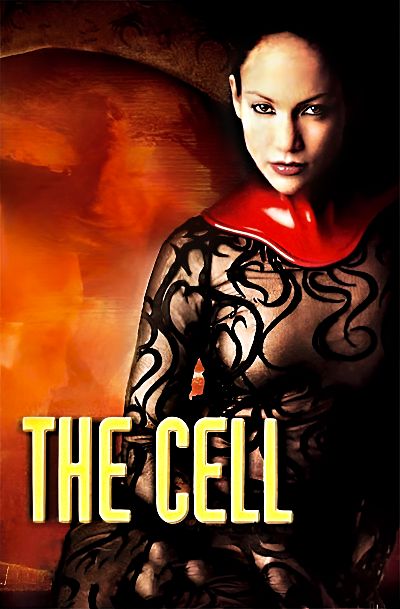 Many times we have seen movies that aim to analyze the human psyche, but today we go straight into the mind of a serial killer with this fantastic sci-fi horror from 2000, The Cell.

The protagonist is the beautiful Jennifer Lopez, a young psychologist who takes on the most complex cases that other institutions cannot handle.

With her scientific team’s help and experimental technology, she delves into the subconscious of her patients by directly facing their dreams and worst nightmares.

Meanwhile, the police investigate a serial killer terrorizing all the women in San Diego, killing his victims with sadistic and diabolical patience.

Indeed, after capturing them, the madman locks them in a sealed chamber that gradually fills with water until they are drowned.

After yet another abduction, the detective on the case finally manages to discover his identity and arrest him.

However, he cannot question him, as he ends up in a coma after overdoing the psychotropic drugs that allowed him to pass as an average person.

At that point, the police turn to our protagonist, asking her to enter the mind of this maniac to discover clues as to where he may be holding his latest victim captive.

But the man’s psyche is fragmented in a world of evil perversion where it is easy to get lost, mixing his desire for power with sad memories of his childhood with his father, who tortured him relentlessly, both physically and psychologically.

In this subconscious universe, he is the king of an empire slowly falling apart while his physical body dies minute after minute, sinking inevitably deeper into the coma.

But his childlike consciousness, in the shape of an innocent child, could be the key to solving the case and stopping him before his final murder.

You can have any opinion about the director Tarsem Singh, loving or hating his strange stories like The Fall (his best, in my opinion) or Immortals.

In 2000 he debuted with The Cell, which made it very clear what his narrative style and vision were, despite being his first movie.

Simply, the visual construction is studied in every detail in colors and composition so that you can take almost any shot and turn it into an elegant painting to hang in your home.

Having to criticize something, I would have liked more emphasis on the horror and sexual obsessions of the serial killer, perhaps with some flashbacks to understand the origin better.

With his fantastic crew support, the director creates impressive sets that, with his cinematic technique, transform into an elegant dance of images that remain forever etched in our minds.

In this unprecedented dreamlike journey, the stunning Jennifer Lopez moves like in a classic fairy tale resembling a little girl who got lost in the dire wolf’s woods.

But do not believe that our protagonist is a weak, defenseless woman because, in this world that does not exist, it does not matter who is stronger but only who is smarter.

So when the beautiful psychologist reverses the process and welcomes the madman into her mind, we see her in a tight Matrix-style latex suit and fighting the monster with a crossbow like a ruthless hunter.

Along with her dazzling performance in Out of Sight by Steven Soderbergh, without a doubt, this was the most exciting role in the singer/actress’ entire career.

But the director goes far beyond mere fan service for J-Lo venerators, making one of the best cinematic compromises between a work of art and a classic Hollywood-style thriller.

Even the men play their part

In addition to the direction and the sexy strong protagonist, let’s give due credit to the male cast of this story.

A far cry from the fat and pathetic Gomer Pyle of Full Metal Jacket, he shows an enviable physique enforcing his character’s dominance.

However, he is not the classic villain enjoying being evil; on the journey inside his mind, we also witness the terrible mistreatment to which his father subjected him.

A father who himself may be an abuse victim in childhood, passing on his suffering and cruelty to his son as a part of this family’s tragic DNA.

On the good guy side, playing the cop instead is the solid Vince Vaughn, whom I had recently applauded for his outstanding performance in Brawl in Cell Block 99.

I would have liked more space and time for his character, who is always engaged at a high pace in investigation and chase scenes that do not allow the actor much opportunity to express his talents to the fullest.

However, I did like the tentative relationship between him and the beautiful J-Lo, about which we do not know in the end whether they can have a romantic future together or it will remain a mere platonic friendship.

I don’t hear much about this movie today, but The Cell in 2000 was a hit and grossed over $100 million worldwide.

So it never hurts to remember it, recommending it to those who are perhaps younger and did not get to know it or even to the older ones who preferred to watch something else at the movies that year.

Enjoy the movie… and keep dreaming!

Crimes And Misdemeanors – The Endless...