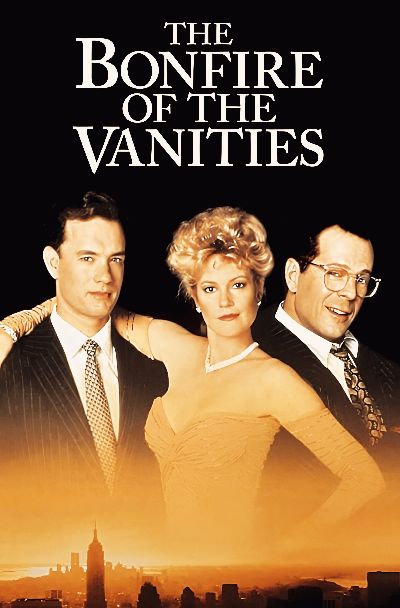 Sometimes I need help explaining why certain movies do not meet the success they deserve, even though they are as perfect as Brian De Palma‘s 1990 The Bonfire of the Vanities, a spectacular bittersweet comedy.

The script is practically perfect, as is the direction with the usual bulletproof style of one of the greatest American filmmakers ever.

What is this movie about that some consider merely a mistake in the filmography of a great director?

It begins with a Wall Street money-grinder wandering in a car, drunkenly flirting with his young mistress.

The girl is excited by the luxurious car and wants to drive it, but after getting behind the wheel, she runs over a black boy.

It appears to be only a minor injury, yet he falls into a coma, and the desperate mother turns to a preacher to raise a neighborhood riot.

That’s when the district attorney joins the growing noisy media circus, hoping to gain popularity and then run for mayor.

Indeed, trying and convicting a rich white man would give him the broad support he needs among the black and Hispanic population.

The Wall Street boy is initially unaware of the forces surrounding him to ruin his life.

But when the police manage to match the victim’s few words to the license plate of his car, everything immediately and tragically precipitates.

At that point, the man tries to convince his mistress to confess she was driving the car during the accident, yet the girl does not want to make her secret affair public.

The only one who tries to find out the truth is an alcoholic journalist with a nearly ruined career, who is the same man narrating this tragicomic story in a flashback.

No one likes criticism, and perhaps that is why The Bonfire of the Vanities was a movie that failed at the box office in 1990.

Brian De Palma frontally attacks the whole of American society with a script that spares no stabs of humor toward anyone.

Every scene and dialogue is a sarcastic parody of the flaws of the American dream and will hit you whether you are black or white, Jew or Christian, rich or poor.

We sadistically enjoy watching this master of Wall Street plummet from glory straight into the jaws of a hysterical mob that wants to drink his blood.

All his friends, colleagues, and even his wife abandon him, and paradoxically he is left with only his father, with whom he had a complex relationship before all this mess.

When his blood drips into the courtroom, the sharks come looking for their pound of flesh.

Men of religion, politicians, and the media take the lead in this public lynching without a care in the world to find out whether he is really guilty or not.

Sadly, we have seen such viral butchery as, most recently, the famous case between Johnny Depp and Amber Heard, where everyone was sure of the guilt of one or the other so many times just based on sympathy for the actor or actress.

Brian De Palma experiments for the first time with the bizarre genre of grotesque comedy, leaving the suspense thriller of his well-known camera virtuosities that made him a worthy heir to Alfred Hitchcock‘s style.

The result is a movie that remains unique in the filmography of this phenomenal director, who may not have attempted the experiment again since it receipts just $15 million for a budget of nearly $50 million.

An all-star cast on the stand

Tom Hanks superbly plays one of the best roles of his career, already filled with terrific characters in the service of this generation’s best directors.

Increasingly confused and disoriented, the actor becomes more funny as the tragedies raining down on him relentlessly put him in a dead-end alley.

Bruce Willis is equally hilarious as the media’s face, supposedly heartless, even though he is the one who eventually digs down to find the truth.

He is the very one who gets the protagonist into trouble with his scandalous articles, but in the end, he will redeem himself by providing crucial evidence to save him in court.

The court is a magnificent theater of sad human madness, where presides an immense judge with the wise face of Morgan Freeman.

Harsh and ruthless with lawyers and criminals alike, we remember his final monologue as an ode to our hearts and consciences.

In contrast, the exact opposite is the character of F. Murray Abraham, a prosecutor comically eager to blame the man at all costs, unhesitatingly bribing witnesses and lawyers.

Finally, Melanie Griffith, as the beautiful but evil mistress, is as adorable and immoral as she was in the days of Body Double also directed by Brian De Palma.

Absolutely determined to deny responsibility at all costs, she is the real culprit in the crime, causing the man much trouble from the start.

The director creates a hilarious metaphor for a justice system deaf and blind to truth and justice, constantly losing against career self-interest and money.

The Bonfire of the Vanities is a rare gem from 1990 to be rescued, cleansed of unfair criticism, and enjoyed in its impressive and unquestionable quality of wise and virtuous entertainment movie within reach of all.