We Need To Talk About Kevin – A Son Against Mother Story 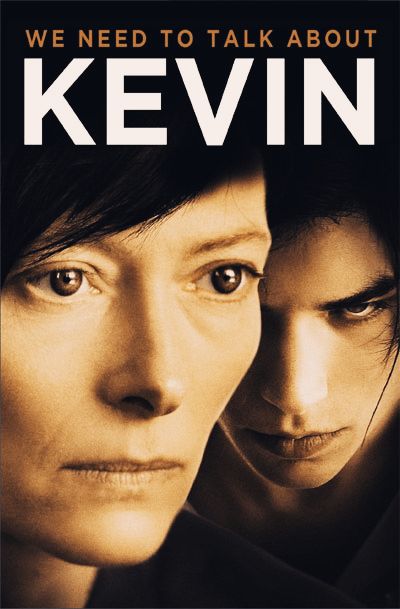 Today we look at We Need to Talk About Kevin, a 2011 family drama/thriller that is definitely not a movie for everyone.

Indeed, the story is about a lifelong struggle between a mother and her son, whose devastating potential for madness only she senses.

Since he was young, he seems to do anything to exasperate his mother, showing great wickedness and intelligence.

Unsurprisingly, he seems to behave like an average child when his father is also at home, who suspects nothing of his strange behavior.

The more years pass, the more this boy also seems to have no empathy for anyone, including his parents and little sister.

However, only his mother notices the problem, while his father rejects her attempt to talk about the subject.

Not even the fact that their son has no friends at school shakes his interest, even though he is a good-looking and remarkably intelligent boy.

Meanwhile, strange incidents keep happening inside the house, after one of which their little girl is seriously injured by losing an eye.

An endless struggle now exists between the mother and her son that neither of them ever talks about openly, but the atmosphere of contemptuous tension makes their lives unbearable.

In the woman’s eyes, it is now clear that the boy has definitely become a psychopath, breathing constant terror in not knowing what he will be able to do at any moment.

Inevitably this madness will lead to a huge tragedy, with the son ending up in prison and the mother left alone and hated by the entire town.

Here is precisely where the story begins, which through flashbacks, traces the life of this woman who never had a chance to be happy.

The horror of family fear

Wanting to make a comparison, to find a movie close to 2011’s We Need To Talk About Kevin, we have to go back to 1976 with The Omen by Richard Donner.

For those who remember, the cause of evil was demonic in origin, and the sinister son was none other than the antichrist himself.

Here director Lynne Ramsay fragments this fear into many small moments that she then distributes by mixing it with her broken protagonist’s lonely and hopeless present.

In the first flashbacks of this broken mother, we see her initially hesitant in her desire to have a child, fearing that she will have to give up her passion for photography.

From the first moments with the newborn, the feeling of something wrong seems to punish her for not having desired that pregnancy.

The more the child grows, the more dangerous and unpredictable he becomes. We can say that the only thing predictable is that he is about to do something cruel toward his mother.

However, when he becomes a boy, his hatred of the woman can no longer suffice, leading to the escalation into a school massacre that, unfortunately, is something that often recurs in American news.

The alternating montage between past and present is not a distraction that breaks the rhythm but increases the unease we feel in every minute of this movie.

It is not for nothing that I describe it as a family thriller since the protagonist must live facing the horror of a serial killer inside her home.

No one seems to believe her, and she seems incapable of proving his insanity, considering even her father justifies every oddity as mere adolescent whims.

Yet, finally, every piece of this puzzle falls perfectly back into place, perhaps hinting at a final and impossible reconciliation.

Not for everyone, you need to try it

Lynne Ramsay writes a classy script that she brings to the stage with a simple and effective style.

The director purposefully avoids any unnecessary virtuosity of the camera, letting the performance of her fine cast for whom she has written excellent roles do the talking.

Tilda Swinton is a fantastic leading lady who brings to the stage all the hidden despair of a lonely woman, both in the present and the sad past.

Indeed even when she is with her family, she is alone, as her son hates her and her husband will not listen, while her child is too young to understand.

However, his frustration is never explosive but always hidden in the looks she shares with a young psychopath seemingly devoid of emotion.

Esdra Miller plays the role of the teenage character, who becomes an ice-cold boy after being a rebellious child, but only in front of his mother’s eyes.

Like any psychopath, he manages to hide his madness from others, appearing to be a regular and even charming person, while inside him, the rage grows in a vortex that can only get worse.

Even the father, the usually reliable John C. Reilly, is fooled by appearance and does not understand what is happening until it is too late.

The actor’s naive and offended performance heightens the woman’s loneliness and the tension of each scene with an omnipresent sense of menace that only he seems not to notice.

We Need To Talk About Kevin did not gross much in theaters in 2011, despite being a low-budget movie and thus consistently earning something.

The story is a disturbing and reflective experience, a must-see for anyone looking for something beyond straightforward entertainment cinema.

Director Vs Producer – The Never-Ending Challenge Of Cinema