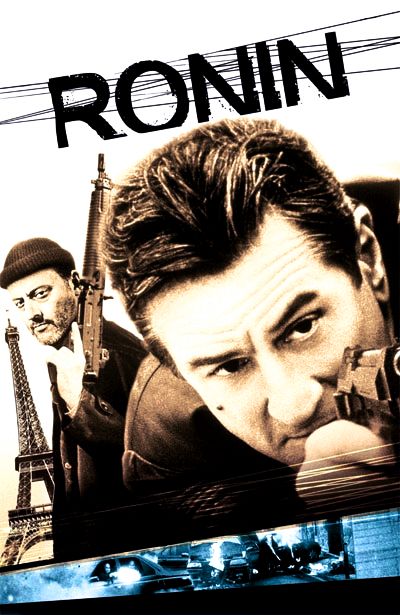 In ancient Japan, the Ronin were samurai remaining without a master to serve, precisely like the protagonists of this 1998 movie.

It all begins with a charming woman covertly gathering a group of mercenaries to steal a vital briefcase for her mysterious client.

These men are all former agents, soldiers, and specialists of different nationalities, each with a dark past before they began working underground.

Immediately they form the first friendships and rivalries, as is usual among tough and experienced men used to operating in the harshest situations.

The woman provides them with a lot of money and a hideout where they organize but reveals nothing about the job employer or even what this briefcase contains.

Unaware of the exact nature of what they must steal, they prepare a plan and divide the tasks according to their specific skills.

After a violent confrontation with some local traffickers to obtain weapons and equipment for the mission, the group focuses on the objective.

It is a difficult task, as numerous heavily armed guards guard the target 24 hours a day.

Their only chance is to strike while in transit, trying to minimize potential casualties among innocent civilians.

After a violent shootout in the city and a daring chase along the highway, the group succeeds in stealing the valuable briefcase.

However, one among their group will ruin everything, stealing the loot and forcing the others to flee from the police.

From then on, the only mission of the survivors will be to take revenge on the dirty traitor.

But even among these survivors, someone is still lying and secretly working for the U.S. Secret Service, which wants the secret head in charge of this dangerous theft.

The hard life of spies

A short while ago, I recommended Tinker Tailor Soldier Spy, an awesome spy movie built on the narration and dialogues of its fantastic characters.

Ronin is a 1998 movie that instead depicts a world of mercenaries of few words whose psychology we understand primarily through their choices and actions.

Indeed, the fact that they are all evil thieves and murderers does not mean they do not have moral ethics or a code of honor.

Not surprisingly, one of them tells the anecdote of the 47 Ronin who wanted to avenge their master, a small scene that practically gives meaning to the whole story.

If you were further interested in samurai, the same anecdote would become the inspiration for the fantasy action film of the same name starring Keanu Reeves.

Returning to today’s movie, at the director’s helm, we have the assurance of a very experienced director who started way back in the 1950s, John Frankenheimer.

This is my absolute favorite work of his, right after 1962’s The Manchurian Candidate, a wondrous mind control and espionage plot of which Jonathan Demme made an excellent remake in 2004.

In this case, we could call Ronin a post-espionage story since the protagonists have long since left the intelligence services to which they belonged and are now working independently.

However, the storytelling style is still the same, with the various characters acting in the shadows plotting plots, and betraying each other in a game of massacre where the smartest, not the strongest, wins.

The action scenes have a very American style, but the European setting creates a unique and inimitable mix even today.

Finally, we mention the car chases, which are highly spectacular and have nothing to envy from films such as The Matrix saga or Terminator 2.

A cult that survives over time

He is a seemingly ordinary, meek man with the reserved attitude of someone who thinks about his own affairs.

However, he is actually an expert fighter and a great strategist in organizing the plan and choosing the right people, quickly driving out those who are useless and dangerous.

Jean Reno quickly becomes his trusted ally. He is another wise old soldier, handy with weapons and with whom the protagonist finds immediate empathy.

Finally, Stellan Skarsgård is the intelligent and ambiguous computer technician, as is the gorgeous Natascha McElhone, who instead is the only link to their mysterious employer.

All of them are former officers who have betrayed or abandoned their ideals, willing to eliminate anyone who stands in their way without any moral qualms.

Ronin is a cult that many still remember from 1998, and unfortunately also being one of veteran John Frankenheimer’s last movies.

Recreating the samurai warrior epic of yesteryear in a modern key, we have a unique spy story with constant tension alternating with sudden and explosive action scenes.

This film was highly praised upon its theatrical release, especially as I mentioned being praised for its breathtaking car chases along the Côte d’Azur coastline or through the streets of various French cities such as Nice and Paris.

Personally, I remember pulverizing the VHS in my day for the many times I saw it, making it a movie for which I always felt great exaltation.

In summary, I recommend it without hesitation to new generations and to the older ones who, perhaps by chance, have never had the opportunity to see it, providing a viable alternative to espionages such as the 007 or Jason Bourne sagas.

Shadow In The Cloud – An Amazing Flying Woman Against Everyone