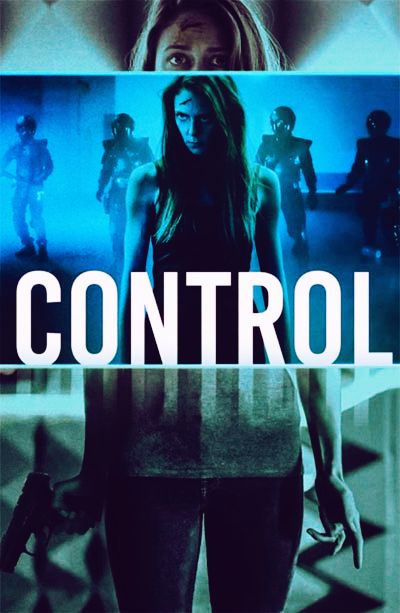 Today we discuss one of those movies taking place almost entirely in one room, emphasizing a few characters and a straightforward, compelling narrative as Control in 2022.

The story begins with a woman waking up in an empty room except for a table and the chair she sits on.

She has no memory of how she got to that place, barely remembering shreds of her life with a few flashes about her child.

However, she has no time to ponder her predicament since, from a loudspeaker, an electronic voice instructs her to move a pen lying on the table.

Without much effort, she gets up and touches it with her fingertips, only to be stunned by an electric shock.

When she wakes up, she must repeat the test; with the difference that this time she is chained to the chair and cannot reach the pen.

The electronic voice threatens to kill her daughter if she does not perform the task, yet amazingly she succeeds in moving it slightly by force of mind.

At that point, she realizes these tests are not purposeless torture. Indeed, whoever kidnapped her should train her to control this telekinetic ability she never even suspected to have.

When she awakens again, a further surprise awaits her, a man who seems equally astonished to be in that place.

Struggling to recall her life, she realizes he is her husband, an alcoholic former singer with whom she had severe marital problems.

Yet they must work together to perform the increasingly challenging psychokinetic exercises the machine subjects the woman to while, in the meantime attempting to understand whether they will ever get out of that room.

Only one room but so many ideas

I admit to not knowing director James Mark before seeing Control in 2022, yet I notice he has a good roster of action and sci-fi movies I will be sure to check out.

As I said in the beginning, creating a story with so few characters and locations is difficult because you already know a part of the audience will not like this choice.

However, there are several successful examples of this formula, among which I would mention Vincenzo Natali‘s amazing Cube.

In that case, the director faked the feeling of moving through different rooms by constantly changing the only set he had.

Here, by contrast, James Mark never opens this test room door except in the last quarter of the movie, with a climax that escalates into blistering, excellent paranormal action scenes.

The special effects to display telekinesis are of excellent quality, and the director employs them skillfully, spreading them out wisely in the various scenes.

Wanting to criticize, perhaps there are slightly too many flashbacks interrupting the narrative since they all revolve around the same situation with the woman remembering her little girl.

The ending effectively pulls together these memory fragments into a single overall meaningful back-story, although we cannot understand what is at the helm of this situation.

However, the range of emotions driving the characters come in the right proportions without ever bringing husband and wife together or turning them downright hostile.

This choice constantly keeps the tension high, and we slowly discover their family background with a series of surprising twists.

As such, the thriller never loses effectiveness and intrigues until the last exciting choice the unfortunate female protagonist must make.

Besides the fine writing and directing of Control from 2022, James Mark creates an excellent chemistry between this movie’s main characters.

Sara Mitich is obviously the central figure, a mystery we must uncover like a puzzle the story gives us one piece at a time.

Her transformation is constantly growing along with the challenges she faces one test after another.

Although physically and psychologically, she becomes increasingly stressed, her power increases until she becomes someone who would not disfigure among the members of the famous X-Men.

However, fortunately, the story shows that it has its style and does not choose the easy route that could have been giving the woman a super antagonist to fight.

Indeed, the only other character she interacts with is George Tchortov, who appears unannounced between sessions of these numerous tests.

Who is he? A friend or an enemy? A loving father or a dangerous abuser who becomes a threat to his child?

Like the protagonist, the actor also gives a good performance with an ambiguous character that we have difficulty framing; indeed, toward the end, he becomes almost a somewhat stranger with no personality.

It is tough to tell you more about this movie without spoiling the surprise since I may have already said too much.

However, before I conclude, I want to add just one thing, especially for those who always ask me why I always focus on these small movies and not the week’s blockbuster.

I think my little site is not the place to overly advertise movies (not saying they are not good, mind you) that already have massive marketing behind them.

Instead, I aim to discover little gems like this that, strangely enough, sometimes we forget as if they never existed.