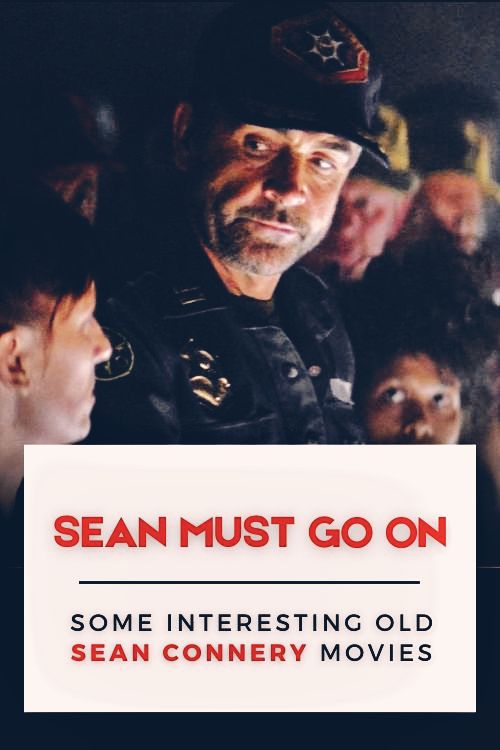 We are now two years since the passing of Sean Connery, yet we are still far from forgetting the fantastic old movies which made him one of the world’s most beloved stars.

Each of us can find a favorite character the actor brought to life in his long and prolific nearly 50 years of cinema.

Indeed, the most common choice falls on James Bond, the dashing British spy who was the dazzling boot for his career in the 1960s, besides establishing the beginning of a cinematic saga alive more than ever today.

Others may remember him as the Spanish swordsman Juan Sánchez Villa-Lobos Ramírez, Christopher Lambert‘s handsome and wise master in the immortal Highlander ( excuse the redundancy), an undisputed masterpiece from the 1980s.

How many times and with how many different faces have this pleasant Scottish braggart made our dream?

Whether a gruff cop trying to frame Al Capone during The Untouchables or commanding a Russian submarine in Hunt For Red October, this old fox is always at ease in any role and situation.

With his manners, he is a friend to all men and desirable to all women, becoming the lord of the stage on every set he steps onto with an inimitable charisma and a sharp, refined sense of humor.

Today I want to suggest about some movies I’ve noticed that even Sean Connery fans don’t often mention, which, although they were big hits at the time, today, I think a large part of the public has forgotten.

So let’s bow our heads in respect to one of cinema’s brightest stars by recalling some memorable and lost characters from his career.

We’re off to a great start under the direction of Sidney Lumet, one of the best auteurs of the old school who here chooses Sean Connery as the lead for a bizarre heist movie.

The protagonist is an expert safecracker who finally goes free after ten long years in prison.

Waiting for him is his beautiful mistress, who warmly hosts him in her luxurious apartment, which he pays for with the kind benevolence of his many benefactors.

The former criminal would have plenty of time to rest quietly and calmly re-enter society, but his plans are very different.

Still furious about losing all those years in prison, he decides to pull off a sensational heist by robbing every apartment in the building where his lover lives.

So he contacts some fellow convicts and gets funding from an old underworld friend, beginning preparations for the complicated series of robberies that will take place on the same afternoon.

Unfortunately, he cannot know that some microphones are planted in his apartment by the FBI, which begins to follow the small gang collecting evidence just waiting to catch them in the act.

As usual, Sidney Lumet covers the crime movie with the full breadth of cinematic genres, elegantly slipping from robbery to romance while turning the story into a sad comedy of the absurd.

Sean Connery plays a selfish and evil criminal but as charming as ever, as in the hilarious opening interview where he explains how for him, opening a safe is the equivalent of seducing a beautiful woman.

We should note the real cinematic debut of Christopher Walken, another of the magnificent ones in the Hollywood firmament we will undoubtedly discuss further in the future.

In short, we are talking about a pure masterpiece that many fans today hardly remember.

Let us change genres completely but remain with a brilliant, maybe less known today, director like the great John Boorman.

In this case, we are in a post-apocalyptic scenario, with the elite of society living in peace and luxury within a few wealthy areas called Vortex.

Across the rest of the planet, humans live in the wild, like animals, some of them slaves growing food and being raided and controlled by a small group of vicious hunters.

One of these hunters is indeed Sean Connery, who cleverly sneaks into one of the Vortexes at the movie’s beginning.

The inhabitants of this city capture and decide to study him, looking to understand human mutations occurring in the outside world where they have not set foot for centuries now.

In turn, the hunter will also study how this society consists, with the men and women being immortal since their bodies are immediately rebuilt and reborn anew in case of death.

However, the Vortex will prove a far cry from the paradise of culture it claims to be since it condemns dissidents of common to grow old and remain forever in a state of advanced dementia.

Therefore, some of them help the mysterious intruder, hoping to remember the secret and destroy what they created, which is now only an endless golden prison.

John Boorman confirms to be an out-of-the-box auteur by combining his visual and philosophical flair within what is a near-fantasy world.

Despite the comical Tarzan-style costume, Sean Connery is the plucky protagonist of an inimitable and timeless sci-fi movie.

To spoil anything else would be a crime, so I can only recommend you all try this memorable experience.

Let’s get back to robbery in a true story told by the great Michael Crichton, who, besides being a bestseller writer, is also an excellent filmmaker who has created several cult hits such as Westworld or Runaway.

This time we were in the middle of the 19th century when a colorful group of robbers scored one of those days’ richest, most complex, and spectacular heists.

At the head of the crew in this movie, we once again have Sean Connery, who pretends to be a high society nobleman only to approach the payroll transport managers for the British army.

Indeed, these gentlemen were the only people to have the keys to open two safes full of gold bars leaving London each month to reach the soldiers in the Crimea.

Moreover, guarding the cargo was a group of soldiers who loaded the safes onto an armored car and then protected them throughout the journey.

The robbers thus begin to watch every person involved in the transport, exploiting their weaknesses to duplicate the keys and get their hands on the precious nuggets.

As usual, Michael Crichton is precise in every detail with the historical reconstruction of the period, obviously more accurate in the eponymous book, yet succeeding in transposing its spirit entirely to the cinema.

Not only is his work an entertaining and exciting movie, but he also provides a real history lesson on the customs, fascination, and ignorance of the Victorian Age.

Sean Connery is a robber of impeccable elegance, intelligent and patient as a poker player who overcomes the endless problems he faces with dogged determination.

As I said before, not many people remember it anymore today, but The First Great Train Robbery is undoubtedly one of the best heist movies ever.

Once again, we change genres by flying into solar system heartland with a sci-fi movie directed by Peter Hyams.

Perhaps not everyone will remember him, but he has an excellent track record such as Capricorn One or the little-known but highly enjoyable 2010, the sequel of Stanley Kubrick‘s celebrated 2001: A Space Odyssey.

Here we have what can describe as a sci-fi western, with Sean Connery playing the incorruptible commissioner who has just arrived in town.

It all takes place in the distant mines on Jupiter’s smaller satellites, where some workers seem to be freaking out either by committing suicide or engaging in sudden acts of madness.

After doing some investigating and personally thwarting an assault on a prostitute, the hero discovers there is trafficking in a new synthetic drug behind all this violence.

However, the company has no desire to bother the mine’s enviable productivity of its workers, so the authorities leave the commissioner alone against this vicious gang of criminals.

The only woman willing to help him is the gruff doctor of this small colony, who, together with him, will try to nail these drug dealers before the death toll rises again.

Indeed, this character is much closer to western stereotypes, such as the sheriff Gary Cooper played in High Noon, alone against a gang of killers in a town of cowards unwilling to help him.

Peter Hyams transports this logic to a colony with a futuristic but believable look similar to the Nostromo spaceship in Ridley Scott‘s famous Alien.

In short, we are again talking about a movie more unique than rare that every science fiction lover should have in their collection.

Finally, to end on a gentle note, we talk about a love story at the time of the Cold War’s end, amidst that tension strategy between the United States and Russia that unfortunately seems to be back today.

Sean Connery returns superbly to the espionage genre, far from the throbbing action thriller of the many 007 or The Hunt for Red October, released in the same year as this movie.

It all begins with sweet Michelle Pfeiffer causing a storm at the heart of British Intelligence by handing one of their agents a confidential block of information about the Soviet enemy.

The secret package is by one of the Russian military’s top scientists, who wants it published by one of London’s leading publishers.

Of course, this publisher is Sean Connery, who is initially reluctant but is convinced to cross the border as a spy to find out how true this story is.

Once he meets the girl, he falls in love with her at first sight, negotiating between the British and Americans to secure her family.

However, Russian intelligence also investigates the affair, and soon the loving couple falls into the center of this international power game.

I have always liked Fred Schepisi but never admired him too much; having excellent filmmaking craft but not much cinematic creativity.

However, the Australian director handles perfectly through this story, succeeding in not messing up the narrative of this complex plot intersection.

Sean Connery and Michelle Pfeiffer make a perfect pair of stars, beaming with love for each other without ever becoming overly tediously corny.

Therefore, be sure to watch this atypical spy story, admiring its many Russian locations for a nation that sadly never seems to know peace.

I hope you, like me, are fans of this movie icon and still mourn his passing, so let me know in the comments if you know these movies or have others to recommend.