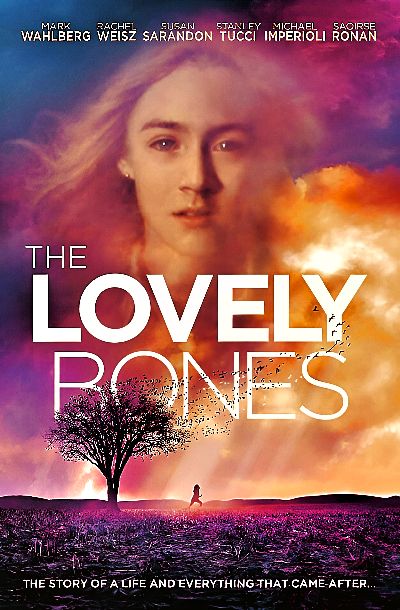 Peter Jackson lived in the J. R. R. Tolkien universe for almost 15 years, from the first The Lord of the Rings to the last chapter of The Hobbit, and between these sagas, he made two more movies, King Kong in 2005 and The Lovely Bones in 2009.

Today I want to talk about the latter, a fantasy thriller with great narrative power that many (too many, perhaps) have watched and forgotten too quickly.

The story takes place in a quiet American suburban neighborhood where everyone lives happily, convinced of being safe.

Indeed they cannot know that among them lives a dangerous, murderous pedophile who has already reaped many young female victims.

This serial killer becomes obsessed with his neighbor’s young daughter, succeeding in luring her into a trap he ingeniously dug in the ground and then taking advantage of and brutally killing her.

However, her soul fails to complete the final journey and rests in a magical land hanging between life and death, along with all the pedophile’s other victims.

From that place made by these girls’ imagination and fears, she helplessly witnesses the pain and unraveling of her family.

Her parents have no peace after her disappearance, believing her still alive since the police never found her body.

Fortunately, the far-away grandmother arrives to help, bringing back some reason and serenity, while her mother flees to be alone for a time.

Meanwhile, her sister begins to suspect the seemingly harmless and friendly neighbor, who, in turn, develops a desire to kill her.

At that point, it is only a matter of time before the inevitable confrontation, as the little girl in magical purgatory attempts to warn her family of another impending tragedy in every way.

The Lovely Bones grossed almost $100 million in 2009, but unfortunately, the financial result was disappointing, being a high-budget movie of over $60 million.

I believe the general public is not stupid and can appreciate different stories with a gentler and more poetic inner intimacy. Yet, these hardly become blockbusters like action or adventure sagas.

Not surprisingly, Peter Jackson immediately returned to the fantasy epic of The lord of the rings, making the new trilogy of The Hobbit, which collectively grossed nearly three billion dollars worldwide.

Yet I think the director’s heart beats faster for stories like this or even the excellent remake of King Kong, a project he fervently desired to make for a long time and, fortunately, was a jaw-dropping half-billion-dollar success.

Putting aside the money topic, what makes this movie so unique, and why did I want to recommend it today?

Albeit less violent, this movie is a glorious return to the director’s roots. It reminds me of its irrepressible imagination and rude cruelty of the days of Heavenly Creatures.

That unforgettable youth drama also brought to prominence the talent of Kate Winslet. She would become an international star a few years later in one of the greatest blockbusters ever, Titanic.

Similarly, thanks to The Lovely Bones, I discovered in 2009 the youthful Saoirse Ronan, likewise bound for a rising career of world renown, arriving, for example, at The Host, which I had recommended sometime before.

The gorgeous, magnetic little actress is the guiding star in this story, staring with her big blue eyes from far away at what unfortunately happened to her family after her death.

The old struggle of good against evil

So sweet and lovable is the little protagonist, and so dark and scary is this fable’s villain, a terrific Stanley Tucci.

The actor usually appears in funny, entertaining roles in numerous movies, but here he plays an entirely distinctive character for his career.

This child serial killer is a dangerous urban predator, as clever as he is patient in constructing the most suitable traps to strike his victims without leaving any trace.

In the splendid fantasy world created by Peter Jackson, we can follow the biography of all his murders, painting a bloodthirsty madman with few peers in his glacial ruthlessness throughout cinema history.

Of course, to work perfectly, this character needs support, which he finds in the large cast composing the victim’s family.

Mark Wahlberg, for once, drops his badass tough guy ways by playing a father of great humanity who cannot move on because of the grief towards his daughter.

Even more fragile and emotional is his wife, the always gorgeous Rachel Weisz we see as a ship adrift in bewilderment as her family falls apart.

On the other hand, the sympathetic and wise grandmother Susan Sarandon later shows up to keep the group together and finally get things back on track.

Wanting to criticize something in this perfect blend, I might wish we had seen more time with the sister, played by Rose McIver, who rivals Saoirse Ronan in skill.

It was an excellent performance for this little actress giving her best, especially in the climax against the serial killer during some extremely tense thriller sequences.

What else to tell you about The Lovely Bones, assuming you have not already seen this movie in 2009?

Let’s talk more about it because it really deserves more praise than it actually received.