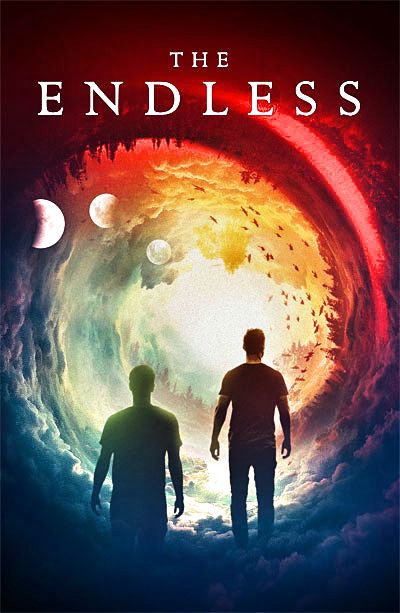 Sometimes it is not essential to have a billion-dollar budget to make an excellent science fiction movie, as The Endless proves in 2017.

Indeed, Justin Benson and Aaron Moorhead continue their journey as talented independent filmmakers whose intriguing horror romance Spring I recommended some time ago.

In this case, the filmmakers also play the story’s main characters, two brothers who, in their youth, had abandoned a community of adherents of a small cult.

Now that they are adults, their existence is unhappy, with no personal relationships or satisfying work to give their lives meaning.

Therefore, when one of the girls from their old community sends them an invitation, they jump in the car setting out on their way back.

Once there, the boys discover in amazement that the place is virtually identical to when they were children, and their friends also seem not to have aged a day.

Although after their escape, the brothers had given an embarrassing TV interview ridiculing the cult, everyone welcomes them happily, offering shelter and a place in the community.

Behind that place’s kindness and relaxed atmosphere, however, strange events and people’s behaviors attract their attention.

Indeed, the cult is looking forward to a mysterious ascension, worshipping a woodland entity that they believe is capable of altering time and reality.

However, one of the two brothers falls in love with one of the girls in the community, deciding to stay despite not fully understanding what is happening.

Conversely, the other brother is more determined than ever to leave once more permanently, fearing that the situation can only get worse.

As the day of ascension approaches, the supernatural episodes increase, almost marking a creepy countdown to the apocalypse.

Those little details that matter

Again, as mentioned in the introduction, most praise for all that works in this movie goes to Justin Benson and Aaron Moorhead.

I don’t want to exaggerate by saying we are looking at two filmmaking masterminds. Yet, these guys certainly know their craft and always succeed in creating something original and intriguing.

Indeed, these directors always know how to create constant tension through small details, not necessarily taking center stage or by an unsaid word somewhere in a dialogue.

The story’s pacing envelops the viewer into an increasingly absurd situation that keeps us inside this small world without ever breaking the narrative enchantment.

Perhaps all those accustomed to blockbusters with expensive special effects and Hollywood stars would be disappointed, as 2017’s The Endless is basically just a small independent movie.

Conversely, it should delight all aspiring filmmakers who perhaps dream of making something with their friends without having considerable resources at their disposal.

In this case, the special effects do their task excellently, although they are certainly not as stunning as those of the Alien or Predator sagas.

These effects blend perfectly with the editing and shot cutting, which is always as compelling and evocative as in the old beloved The Twilight Zone.

Much of the atmosphere owes a debt to that old series, as does the idea of paying homage to less famous but brilliant B-Movies.

Moreover, the undefined nature of this entity’s power, demon, or perhaps even extraterrestrial intelligence (we will never know exactly) leaves enormous freedom to these young directors’ imaginative inventiveness and writing.

We can never know what awaits us from one scene to the next until the bombastic and spectacular climax, which closes like an exclamation point, the little supernatural odyssey of the hapless protagonists.

The impossible color of cinema

In 2017 The Endless closes what started by Resolution in 2012, whose protagonists also make a brief funny and disturbing appearance in this movie.

In that case, the project was even smaller and low budget, having only two characters in one house, with one chaining the other to get him detoxified from his drug addiction at all costs.

Yet it all took place in the same area of the same fictional universe with the unseen, omnipotent presence imprisoning all who venture into its confines.

I admit that the first time I saw Resolution, many details had escaped me, but if instead one watches it after The Endless, it is infinitely more enjoyable and appreciable.

Indeed, scene after scene, the story almost seems to add more questions instead of giving answers, answers that we have to look for in commas in dialogue and clever framing.

On the one hand, I fervently hope that a major studio will notice Justin Benson and Aaron Moorhead by finally giving them a high budget to work with.

However, I am afraid that a heavy production may crush their talent with the usual commercial logic that kills imagination and creativity.

When you have so little, you must put effort into the writing and directing instead of the usual blockbuster breakneck pace that fills the narrative vacuum of ideas with pointless action.

But perhaps creativity and business are not meant to get along, as one of the characters in this story says when he tries to explain what the forest god is, stating that it would be like trying to describe an impossible color.

What do you think of these two directors? Do you know them, or have you yet to put them to the test?

Let me know in the comments; I await your opinion.