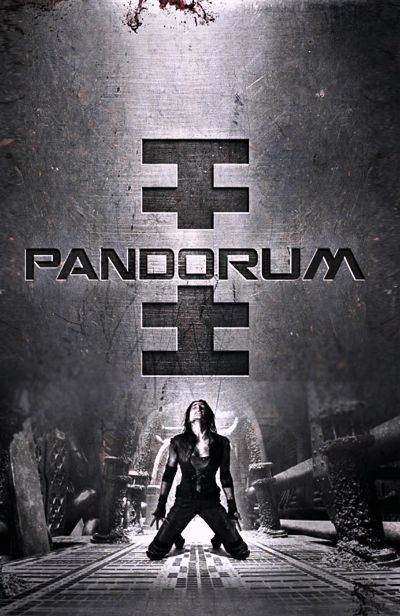 Today we take a journey into the dark heart of the universe with an intriguing 2009 sci-fi horror movie, Pandorum.

Keeping to the best tradition of mystery stories, everything begins with the protagonist having no memory of who or where he is.

Awakening in a cryogenic capsule, the man crawls out half-frozen realizing to be inside an immense spaceship.

He confusingly remembers to be a crew member, thus awakening the commander to take control of the flight.

However, the command room door is hermetically locked, so he chooses to squeeze through the air ducts and make his way around the opposite side of the spaceship.

Crawling through the dark innards of that immense place, he finally emerges into a maintenance hallway.

That’s when he discovers that several travelers have mutated into extremely aggressive semi-human creatures and are traveling for much longer than they thought.

As if that were not enough, due to a reactor malfunction, all of the spaceship’s systems run intermittently, continuing to shut down and restart.

Therefore, the boy must immediately rush to repair it, along with some survivors he meets along the way, before it definitively ceases to function, killing everyone on board.

Meanwhile, the lonely commander receives an unexpected visit from a young crew member, who seems to be suffering from the symptoms of an illness commonly called Pandorum by space travelers.

This is a form of obsessive psychosis that gradually leads to violent, uncontrollable madness without any kind of cure.

Except this mysterious fellow seems to know a lot about what happened on the spaceship and may actually be the only hope of salvation for all of them.

The Revenge of B-Movies

Wanting to sum up Pandorum of 2009 in a nutshell, it shamelessly takes ideas from a multitude of similar movies yet succeeds in creating its own little magic working.

Therefore we have some of the usual space vacuum travel and a spaceship full of genetic mutations running amok.

Not to mention that even some humans, though healthy in body, have an unstoppable mental illness.

To conclude on a high note, there is also the apocalypse and the rebirth of the human race, with the earth being only a distant memory in the rearview mirror for this odyssey’s heroes.

Director Christian Alvart creates with fair style a claustrophobic horror paradoxically taking place inside a spaceship so huge that you easily lose in it.

The sci-fi aspect is also fascinating in the high-tech industrial style for interiors, machinery, and design of this floating city in the universe.

Wanting to criticize what I was least convinced by, the action scenes have too much frenetic editing. However, luckily there are not too many, and they quickly move on, leaving more time for the plot and characters.

Obviously, the cinematography fully exploits these dark environments with flashing lights due to reactor malfunctions, always keeping the tension high with a dark and dangerous mood.

I always fall under the spell of this kind of b-movies, where we can indeed find many flaws and hardly ever get to compete for an Oscar.

Yet I always find them more attractive than high-budget sci-fi films like Interstellar, albeit it has a much better director like Christopher Nolan.

What is it then that intrigues me so much?

Despite a few problems, as I said, the story and characters work and excite, particularly the ending, which is a genuinely perfect surprise.

The many faces of horror science fiction

At the helm of this crew struggling to survive, we have a veteran like Dennis Quaid, an actor with forty years of experience in all kinds of movies.

He is unquestionably the most interesting character, maybe because he is the only one with a more extensive and satisfying background.

However, the real star is Ben Foster. His strong and somewhat neurotic charisma will work even better in Galveston, a magnificent 2018 romance thriller I recommended not long ago.

The actor moves well in the tense scenes in the spaceship’s cramped spaces and in the various action scenes against the many monsters trying to eat him for breakfast.

By his side, we have the beautiful and talented Antje Traue, whom he meets along the way. She is a character somewhere between warrior and scientist who perhaps deserves more space and description.

Then, to the girls’ delight, there is the sexy Cam Gigandet, the only actor who had convinced me of the lousy youth martial arts movie Never Back Down.

Here his character hangs in the balance without ever revealing whether he is a poor lost boy or a dangerous madman before the resounding twist toward the end.

Finally, in a small role that I want to invite you to discover, there is also a cameo by Norman Reedus, a friendly actor who already participated in the director’s early movies.

Unfortunately, Pandorum was a low-grossing movie in 2009. However, today I still hear about it divided between those who love it and those who hate it with little middle ground.

Are you familiar with it, or have you yet to see it? If this is the case, be sure to let me know what you think.

The Paper – An incredible office...