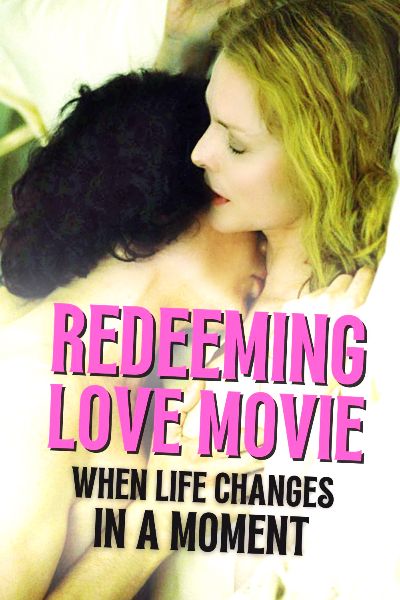 In life, as in the movies, love can save us from the darkness just as it can condemn us to the worst torments, causing us to commit the most absurd follies while redeeming us from our worst sins.

Obviously, we must assume that the word redemption can have different meanings and importance for each of us.

Indeed, one does not have to go to the extreme of having something dirty on one’s conscience to feel the need to redeem oneself.

Sometimes all it takes is to have made the wrong choice at the most crucial time when it really would have made a difference.

For example, we may have said or done something we later bitterly regretted, or conversely, we did not dare to make a choice that would turn us in another direction at a crossroads in our lives.

In those moments, we rarely realize the importance, but a single mistake can be the eternal source of unhappiness we will carry with us for the rest of our days.

Returning to our beloved movies, how many genres is it possible to traverse with characters who are lonely and lost or who conversely cynically deny their redeeming need for love?

Let’s find out with the small catalog I have put together for you today, which, although the subject may seem heavily negative and existential, is entertaining and great fun for any audience.

So lean forward slightly, rest your fist under your chin, frown reflectively, and prepare yourself for a journey that I am sure will touch even some of the most personal chords of your soul.

Our first stop is a cottage in the middle of a forest with a beautiful view of a nearby lake, where a married couple goes to spend a quiet weekend together.

But their intentions are not peaceful since their marriage is such a disaster that each of them has planned to kill the other and pocket the money from each other’s insurance policies to change their lives finally.

Unfortunately, neither is a very organized killer, so they both fail, getting stuck in a stalemate of murderous hatred that cannot find an outlet.

Paradoxically, this absurd situation seems to bring them closer together, causing the unhappy newlyweds to talk honestly after far, far too long.

Suddenly, however, three men emerge from the forest and join their little party uninvited, kidnapping them.

These are dangerous criminals who escaped from prison just the day before and who intend to use their house as a stopping place to let the situation calm down and escape the police who are looking for them.

When they realize that these men have no intention of leaving them alive, husband and wife will have to put aside their silly differences and put up a united front against the unexpected common enemy.

Norway is not exactly where you would expect to see a black, pulp, splatter comedy like this one.

Yet this tiny production found fortune in having a director like Tommy Wirkola, already the creator of the hilarious Dead Snow with its absurd Nazi zombies.

In addition, international star Noomi Rapace brings attention to the film and her hilarious partner, the lesser-known but equally capable Aksel Hennie.

It is definitely a strange movie about a violent redeeming couple, confirming the saying that it is best not to get in the way of love between husband and wife.

The next love story is for all admirers of Keanu Reeves, lately devoted more to action movies than redeeming himself (shall we say) with a romantic comedy similar to his early days.

By his side is genre veteran Winona Ryder, who plays a neurotic girl who has to attend the wedding of her ex-boyfriend, whom she has never forgotten.

Of course, the idea does not excite her since the event will last an entire weekend in a small California country town.

She’s even less excited about a rude man she meets at the airport and then in the small jet for the trip, eventually finding him as a hotel room neighbor.

He, too, is a former friend of the groom, whom he now shamelessly hates, attending the wedding only to make his family happy.

Although they start on the wrong foot, as the hours go by, they find something strange that seems to work in their cynical sense of humor.

But the marriage has to end sooner or later, and both will have to choose what to do now that they finally seem to have a chance to be happy.

I admit that I started this movie with the same cynicism as the main characters, redeeming myself soon later.

What makes the difference is these stars’ charisma, the psychotic Winona against a strange Keanu with the same look that we will later see the following year in John Wick 3.

The camera never lets go of them even for a moment, so much so that we only hear their dialogue, and the other characters practically do not exist.

In short, it is a love story for all cynics crowding the world in their silent loneliness, saying that there is hope for them too.

Let us now look at a romantic film that starts from an interesting science fiction premise.

It all begins in late 1930 when a young widow has an accident by driving off the road into a frozen lake.

Just then, lightning strikes through the water hitting her car, suddenly reviving her and saving her life.

Thanks to this combination of events, the girl will never age again, always remaining a beautiful 29-year-old.

Unfortunately, people notice her appearance does not change over time, so she begins living under a false name, never staying in the same place for too long.

Despite her miraculous gift, therefore, she can never truly love someone and build a family.

Over the decades, she will have to painfully abandon several men, including an American she met in the English countryside who wanted to propose to her.

When eighty years have passed since the fateful incident, she falls in love again with a wealthy young patron who donates a rare book collection to the library where she works.

At that point, she tries to redeem herself by giving him a chance, but the movie has an unbelievable surprise when she discovers that this young man’s father is her American romantic who wants to marry her.

Wanting to warn you that, in this case, the story relies heavily on romance and nostalgia, otherwise the crazy humor of previous movies.

Nevertheless, the fantasy premise of the ageless eternal lover is intriguing, thanks partly to a gorgeous and sweet leading lady like Blake Lively.

The male cast also does its part, with sexy Michiel Huisman as prince charming and even better old Harrison Ford as the lost love.

I recommend this movie to all incurable romantics who never stop believing, but also to the no less numerous male dreamers.

Some time ago, we had talked about what happened to Daniel Radcliffe, the former Harry Potter; yet I had guiltily forgotten to mention this movie.

The likable little wizard plays a young Canadian who is heartbroken over being dumped by a female doctor, so hurt that he drops out of medical school.

We can understand then that he is not in such a hurry to make a romantic commitment, but everything changes when he meets his best friend’s cousin at a party.

The two bond immediately and seem obviously made for each other, except that she is already engaged to a young lawyer whom she has absolutely no intention of cheating on.

Despite this, the boy does not give up and starts spending much time with her, becoming her best friend and most trusted confidant.

While her friend and his new wife try to push him to stop that charade and openly declare his feelings, her boyfriend moves abroad for five years, leaving her completely alone.

Like so many movies I get to talk about, this love story has nothing we haven’t seen before except redeeming itself with great performances by its leads.

Daniel Radcliffe continues to exploit his eternal boyishness with a character hilariously masochistic in perpetuating his misfortune.

Equally confused and unhappy is the sympathetic Zoe Kazan, whom the production will have purposely chosen to find a shorter actress than the lead.

Joking aside, the bickering between these two little guys is irresistible, along with the rough but truthful interventions of his best friend, who is a splendid and scathing Adam Driver.

In short, this movie is definitely an excellent example of light entertainment, yet without completely turning off the brain, and it has something to add to today’s poetic subject matter.

To conclude with class, we finally look at a period tale set in the famous Belle Epoque at the turn of the 19th and 20th centuries.

As scientific development competes in evolution with artistic development, we follow the fortunes of a beautiful prostitute at the end of her career.

Having put her friendships with her wealthy clients to good use, she prepares for a luxurious retirement in her villa not far from Paris.

To change everything, however, comes an old friend/rival from her old profession, now retired, who asks her for help with her son.

The young boy is handsome and intelligent, but his brash manner seems to get him nowhere in life, so she takes him under her protection.

However, their bond becomes so strong that they end up living together for six years when his mother shows up with a marriage proposal to a wealthy young damsel.

But the love between the boy and his teacher is now unbreakable, so the two will continue to seek each other out, thinking about each other over time.

Michelle Pfeiffer lights up the movie with her beauty even at 50, playing a cynical, loveless woman who redeems herself by losing her head over a little rebel.

Equally good is her young lover, the charming Rupert Friend, who comes and goes from her bed, disrupting the courtesan’s life and his own.

Stephen Frears replicates the formula of Dangerous Liaisons (again starring Pfeiffer) while softening the wicked hypocrisy of high society with an ironic romance.

So I recommend this movie to anyone looking for a winning recipe of emotions going up and down one of history’s finest eras, finally leading into the terrible First World War.

I hope you appreciate the various stories of redeeming love in today’s movies, wishing each of you the best of luck in finding your longed-for soul mate in life as well.