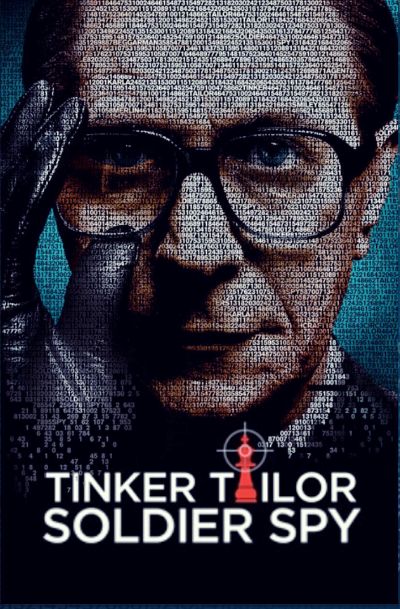 So often, we think about espionage stories as fast-paced, fun action thrillers with the usual villain wishing to destroy the world instead of a slow, thoughtful movie like Tinker Tailor Soldier Spy from 2011.

The story begins in the heart of the British intelligence service, where there is an air of happy contentment at the highest echelons of command.

Indeed, for some time now, important classified information has finally been arriving from Russian territory, thanks to a mysterious informant who is part of the so-called Operation Witchcraft.

However, the head of the agency is not convinced by how easily the game works, so he sends his most trusted man to Hungary to investigate.

When this one ends in an assassination attempt, there is no doubt that there is a mole within the Services who is playing a double game.

Thus he assigns a replacement to continue the investigation, a former member of the highest circle of heads in command, called the Circus.

This man comes from a difficult period in his career and marriage, so he does not seem too excited about his new assignment.

However, he eventually agrees to find evidence of guilt for one of his former colleagues, who are all highly experienced spies and not easy to be fooled.

Initially, the man cannot find much information to work with since each possible suspect appears to have a plausible wall of alibis and justifications.

Once again, the answer to unlocking the puzzle comes from Hungary, where a young agent finds a woman that seems bears the evidence to frame the traitor in the Circus.

At that point, all the dominoes begin to fall, as does the façade of feigned friendship between these ruthless men and the fundamental futility of Operation Witchcraft.

That spy time which is no more

Underlying this superb and intricate game of shadows and conspiracies is a novel by John le Carré, a veteran writer in the espionage genre who is credited, for example, with the famous The Spy Who Came in from the Cold.

As I mentioned earlier, unfortunately, a large part of the public is not used to movies like this anymore, preferring the fast-paced entertainment of the 007, Jason Bourne, or Mission Impossible sagas.

I don’t want to be hypocritical and admit that I enjoy action shows full of fights, shootings, and chases.

However, it does not mean I am close to entirely different experiences, such as Tinker Tailor Soldier Spy, which in 2011 performed remarkably well at the box office.

In this story, it is not the muscles of the protagonists that speak; instead, their cunning and skill in deceiving others and making them fall into traps or mislead them from the truth.

Such a plot demands the viewers’ full attention since every glance and silence may be a vital clue to solving the intricate plot.

In addition to John le Carré‘s excellent writing, we have Tomas Alfredson‘s perfect staging and pacing, which can transport us to the forgotten era of the distant Cold War.

We previously admired the director’s talent in Let the Right One In, an unusual children’s tale deconstructing the vampire myth intriguingly and innovatively.

In this case, his skill is essential in squeezing the original heavy literary tome into just over two hours, yet without losing any of the narrative strength.

Each character has the suitable space to let us understand their psychology within an atmosphere of constant tension and uncertainty with a classic style though very modern direction.

The many faces of cold spies

It is impossible not to mention the colossal cast that completes this unerring recipe of perfect direction and screenplay.

Let’s start by talking about Gary Oldman, a protagonist who wanders around searching for the truth quietly with a past to forget and an unhappy present with no faith in tomorrow.

As this secret agent says, he has left the best of his life behind him, but perhaps there is a chance for redemption in this mission.

Although the actor is almost omnipresent, he plays the role with humility and wisdom as if he were a mere secondary character.

Each member of the Circus is perfect, appearing all guilty of something with faces tempered by the experience of such phenomenal actors as Mark Strong, Colin Firth, Ciarán Hinds, Toby Jones, and John Hurt.

I would also mention two of the younger supporting cast members, starting with the excellent Benedict Cumberbatch, who I already knew for his histrionic portrayal of Sherlock Holmes.

He also enters humbly into these characters’ chorus, finding his time and space to emerge without unbelievable excesses.

Although he has a small role in this great plot, the actor carves out his ten minutes of glory by sculpting a tough but romantic character into a pretty touching love story.

It’s already apparent from my enthusiasm, yet I will conclude that Tinker Tailor Soldier Spy is one of the essential movies of 2011 and the history of cinematic espionage.

Of course, you can only tell me whether I am right or wrong by honestly watching it and giving it a chance… and be sure to let me know in the comments space below!