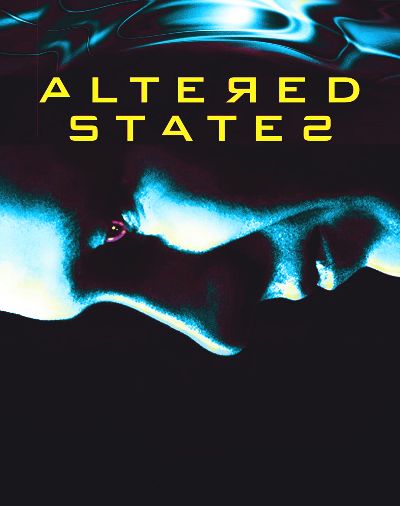 Many movies tried to wander through our minds looking for the ultimate truth, although few achieved it as well as Altered States of 1980.

The story concerns some doctors who become friends by teaching medicine at the same university, eventually beginning to conduct sensory deprivation experiments together.

Upon finding an old dive tank, they try different hallucinogenic drugs in a state of complete isolation, wholly immersed in water.

Their theory is that what they see and feel in such altered states of consciousness is not hallucinations but rather another reality we cannot usually experience.

Years go by, and these experiments do not yield great results, while the friends grow up and get married later having children.

Everything changes when one travels to Mexico and meets a small tribe performing strange rituals while ingesting a mixture of hallucinogenic mushrooms.

When the tribal leader invites him to participate in the ceremony, he has powerful visions that he is intrigued to study this drug further.

With his university friends, he synthesizes this substance in the laboratory and begins drinking it before immersing it in the sensory deprivation tank.

Their research goes in a new direction when, after one of these sessions, he shows physical signs of regression to an animal stage.

Indeed, when taken under extreme circumstances, this strange drug takes the professor’s consciousness back in time to the dawn of our species.

By regressing deeper as far as the state of a protohuman ape, he will no longer risk not only his job and marriage but also his own life and that of his friends.

Wanting to exaggerate, I could joke that Altered States is a bit of a 1980s sci-fi ancestor of a movie like Trainspotting.

Instead of a group of stoners from Edinburgh, in this case, we have an esteemed team of American doctors, but the philosophical abuse of all kinds of drugs is this time in the name of science.

Seriously speaking, Ken Russell signs off on what is his best and most visionary movie, entering overbearingly with production already underway.

Indeed, I say overbearingly because the arguments the director had about the screenplay with Paddy Chayefsky, splendid author of such movies as Sidney Lumet‘s Network, are well known.

I cannot know what Chayefsky’s original idea was, unfortunately, but the result brought to the screen by Russell is a disturbing horror film with intriguing scientific and philosophical premises.

The doctor, played by William Hurt, is the perfect epitome of genius and the madness of the most revolutionary science, pursuing his research beyond all known limits of human possibilities.

Cinematically, the editing runs off along large portions of time that we don’t see, jumping through the years of the protagonists’ personal and professional relationships.

However, the story is always focused on what is most important, describing this tiny ecosystem of scientists with their friendships and families.

Even more important are the various horror scenes that grow with the correct tension and show impressive special effects that are pure 80s.

Also, the body transformations are similar to those we would see the following year in John Landis‘ masterpiece, An American Werewolf in London.

At times perhaps there are script holes that Paddy Chayefsky was right to complain about, but Altered States is a 1980 movie that will always remain unique in its genre.

An altered cast of actors

William Hurt brings to life one of the most brilliant scientist in film history, playing this kind of Dr. Jekyll struggling with his animalistic side.

It is impossible not to enjoy his delirious but irresistible scientific, philosophical and religious ramblings all at once.

A scientist who is a mad saint seeking redemption for his father’s death, looking to drug visions for the ultimate answer about the origins of our species.

The actor pulls the rest of the cast behind him, starting with his fellow researchers, the grumpy Charles Haid and the quieter Bob Balaban.

This pair of actors are the perfect foils for the protagonist’s outsized and uncontrollable ego, as well as most effectively amplifying the tension of the more horror scenes.

Despite the increasingly alarming signs of impending danger, they remain loyal to their leader, albeit bickering over every little issue.

In contrast, his relationship with the charming redhead Blair Brown is entirely different, with marriage always standing between seduction, love, and despair.

Although she feels the man undeniably as a kindred soul, the woman fails to follow the scientist in the delirium of his search for the primal self of the human race.

Interestingly, the actress later became one of the stars of the series Fringe, where not coincidentally, the main characters in several episodes performed experiments in the same sensory deprivation tanks as in this movie.

Altered States adds to the wake of the great sci-fi horror movies of those years, beginning with Ridley Scott‘s splendid Alien and continuing with other unforgettable gems such as David Cronenberg‘s Videodrome.

It is hard for me to say anything other than to recommend to you passionately to watch it, loving its minor flaws and its immense merits of ideas and direction.