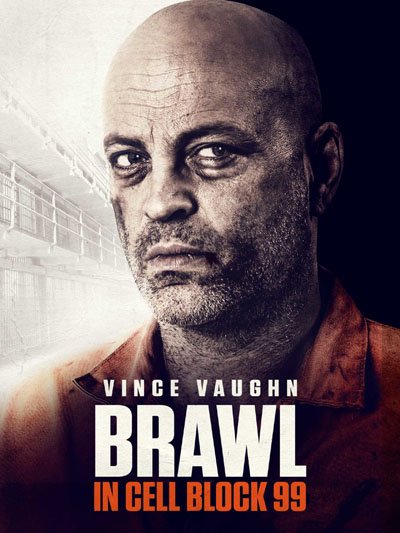 Often I get to talk about movies that are known to few people, despite being as good and exciting as this 2017 action thriller named Brawl in Cell Block 99.

I couldn’t say why because they always find a following of fans on the internet, and maybe they would be more successful if they were better distributed and publicized.

Returning today’s movie begins with a quiet, rough American mechanic who loses his job just as he discovers that his wife is expecting a baby.

Although he discovers that the child is not his but comes from a secret affair with the woman, he decides to forgive her and raise him as his child.

After that, he has no choice but to return to the criminal life he had abandoned long ago, precisely to be closer to his woman.

He then begins again to transport and make deliveries for various drug couriers, a job that brings him closer to some dangerous and unstable traffickers.

Indeed, because of their ineptitude, he ends up in a gunfight with the police and returns to jail.

The man is not much concerned about the other inmates, as with his powerful physique and past as a former boxer, very few threaten his safety.

Instead, he wonders if his wife will wait for him when an associate of the traffickers informs him that they have kidnapped her.

If he wants them not to kill both her and his unborn child, he will have to find a way to end up in maximum security prison and kill one of their enemies.

At that point, he will have to make sure that he ends up in the worst prison hell in the United States, not knowing that something worse is waiting for him.

Tough characters for a brutal story

Brawl in Cell Block 99 is a 2017 movie as tough and solid as its protagonist, an immense and never-so-good Vince Vaughn.

I think he has always been a vastly underrated actor, albeit intensely starring in great movies such as Into the Wild or in the appreciable remake of Psycho by Gus Van Sant.

Too often, however, productions have merely utilized him as a feature player in light comedies with funny leads such as Ben Stiller or Will Ferrell.

Vaughn portrays a man physically similar to a Terminator, as we see from the get-go when he rips apart a car with his bare hands, of the rage from his wife cheating on him.

Moreover, his gaze is practically stone and impassive, like the famous cyborg played by Arnold Schwarzenegger, showing some emotion only in the moving and merciless ending.

Yet, although he is a character who makes poor choices and leads a life of crime, we often find ourselves empathizing with his plight.

After all, despite the disproportionate violence he is capable of, he does not seem like a stupid, cruel, or evil man.

Neither does his wife, who, on the other hand, is the beautiful Jennifer Carpenter, the legendary and super raunchy sister cop from the great Dexter series.

She and her husband do not have sex in a relationship that seems dying and, in a contradictory way, rekindles just when there is no hope of a future together.

But also, this woman is not bad or stupid, yet like her husband, she is a character with morals outside the common understanding of our society.

Finally, I would mention the splendid and insane prison warden Don Johnson, the perfect face of the ruthless law that allows no dialogue or compromise.

A pulp show of madness and violence

S. Craig Zahler writes a perfect script that he then brings to the stage with impeccable direction.

The story becomes progressively more claustrophobic in scene after scene, with the protagonist moving into increasingly closed and dangerous situations with each chapter of his personal epic.

Wanting to draw a comparison, since this man was formerly a boxer, each round presents an increasing challenge until the total impossibility of winning for a man who never gives up.

What I liked about the direction is that it almost seems to want to stand aside: it is no coincidence that many of the fights take place with a static shot and the camera motionless.

This means that the director wants to let us marvel at the skill of his actors instead of unnecessary directorial virtuosity that would have been silly in such a context.

Of course, there is no shortage of criticism of a certain kind of extremist thinking of law enforcers and on the fundamental fallibility of a prison system that is corrupt in its foundations.

In this world, the law is not the same for everyone, and the strong trample the weak mercilessly, so it is so much fun to watch this angry giant tear criminals and corrupt cops to shreds with almost no effort.

Many other actors have tried their hand at the prison genre, from Sylvester Stallone to Jean-Claude Van Damme, but very few have reached such a level.

Brawl in Cell Block 99 is a movie that went completely off the radar in 2017, grossing very little only to end up almost immediately on DVD shelves or streaming.

Finally, summing up beyond all my considerations, this is a solid pulp entertainment of violence and madness that you absolutely cannot miss.