Mother! – The Thrilled Art Of Life And Death 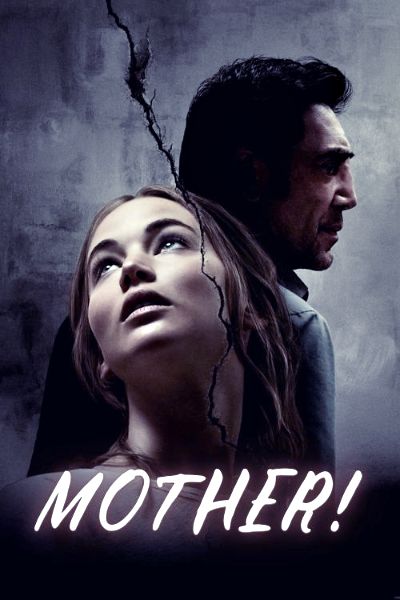 Darren Aronofsky has always been a director whose movies have divided public opinion, and 2017’s Mother is undoubtedly no exception.

I honestly don’t remember seeing a story that has this kind of escalation of madness in much longer.

I probably need to go back to 1985 with the great Martin Scorsese‘s excellent After Hours to find something similar in a different cinematic genre.

Anyway, back to today’s movie, it all begins with a couple living in a small, quiet house in the middle of a green plain at the edge of a forest.

However, he is a famous novelist who has unfortunately lost his inspiration for too long and can find nothing worth writing about.

His woman tries to stay close to him while she slowly carries on the reconstruction of the house that a terrible fire devastated long ago.

One night, however, out of the woods nearby comes a man who, not feeling too well, asks for their hospitality.

Shortly after, this stranger’s wife and children join him, behaving extremely rudely toward the woman.

Tension quickly escalates, and one of the brothers dies in the course of a stupid and senseless quarrel.

About a year later, the man stands at the height of happiness.

Indeed, his new book is ready, and his wife is about to give birth to a child, conceived on precisely that night of death and madness.

Just like that night, innumerable guests invade the house to celebrate the writer’s new work.

Again, the madness grows exponentially, leading to total destruction and a subsequent rebirth that no one could have predicted.

The incomprehensible wonder of simplicity

If I had to sum up a movie like Mother of 2021 in a few words, I would say that it is a simple story told in a wonderfully complex way.

Darren Aronofsky, with his talent, makes even elegant moments of vulgar annoyance.

Indeed, we uniquely identify with the confused protagonist played by an excellent Jennifer Lawrence.

Not surprisingly, the director pursues her with the camera behind her, moving us from room to room in this house of horrors.

What I do not mean, however, is that horror is the primary genre of this movie because it is, in my opinion, a fantasy drama.

In the brief opening of some doors, we witness fanaticism and idolatry, which are a perfect metaphor for the worst moments in the history of the human race.

Truth be told, I have often found myself thinking how this movie is actually more clever than really clever.

In saying this, I do not in the least mean to diminish Aronofsky’s magnificent work; let us be clear.

On the contrary, the director is brilliant in creating this hyperbolic world in which he can do whatever he wants, touching with style the topics he wanted to address from the beginning.

The editing of this crazy story is perfect, keeping the viewer constantly glued in front of the screen for something almost incomprehensible much of the time.

However, I would say that the ending is straightforward in clarifying any doubts about what it wants to talk about, the inspiration and sense of loss connected to the destruction and subsequent rebirth.

In short, 2017’s Mother is a movie about everything and the opposite of everything, leaving it ultimately up to us to decide what we saw.

The faces of crazy humanity

You may or not like Darren Aronofsky movies, but this director always makes his cast perform at a magnificent level.

I have always liked Jennifer Lawrence, but I only considered her performance in Winter’s Bone in 2010 extraordinary.

Although in a different role, the beautiful young actress here literally conquers the scene from the first to the last minute.

As mentioned, she is the only character we can identify with since she is practically the only one who remains normal in this cinematic asylum of violence and madness.

Javier Bardem is instead moderated into a role that seems detached and almost outside of what is happening.

The welter of people coming in and out of his house, tearing everything apart, does not seem to disturb him.

On the contrary, the destruction boosts the creative art process, which seems complete only by reducing to ashes everything he loves in this world.

It is difficult to establish the other characters’ personalities, almost seeming only like stereotypes of the most hidden drives of humankind.

Be that as it may, I want to mention the fabulous pair of actors in the first half, even better than the actual leads.

Ed Harris is a far cry from the hero role he had in, for example, The Abyss, playing an unpleasant older man who always seems to be hiding what he thinks or wants to do.

Then, in a role perhaps too brief but still better, there is the terrific Michelle Pfeiffer, even more, villainous than we had seen her in The Family.

To sum up, Mother of 2017 is an almost impossible movie to explain. The only way you can know if it is in your wheelhouse is to try it, so try it and then let me know what you think.

Movies to Watch as a Couple – A very special evening

From Hell – The Crammed Jack...

Movies to Watch as a Couple...