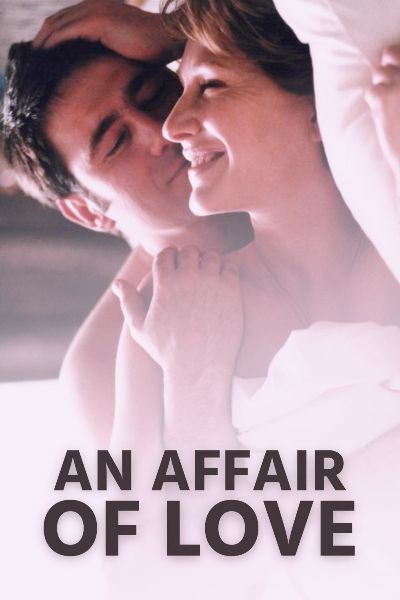 For all those not akin to French cinema, An Affair of Love is a 1999 movie that might be an excellent story to start.

It begins with the protagonists of a relationship who, sometime later, tell an unknown interviewer about it for a documentary.

The actors in this romance are affable, intelligent, good-looking ordinary people seeking sex for lust, without personal emotional involvement.

She is slightly older, confident, and perhaps experienced in similar situations, while he is much simpler, naive, and bewildered.

They had found each other through some blind date ads in a trashy magazine, shamelessly confiding desires never told even to their partners.

Afterward, the first meeting in a restaurant followed, after which they went to a nearby hotel to fulfill their sexual fantasy.

Their rules are clear and straightforward. Never use their names, and never talk about work, family, or friends. In short, never share any kind of personal details.

Nevertheless, it soon becomes clear that they have found perhaps even more than the casual relationship they thought they were looking for.

Both are soul mates for each other, a mate with whom to talk about everything without shame, lies, or awkward silences.

However, after many dates, continuing to know nothing about each other’s lives becomes increasingly untenable.

Thus, when they break up for good, they vanish among all the other ordinary people. Indeed, not even knowing their names, they cannot even call each other one last time.

Although the original title is deliberately provocative, Une liaison pornographique, An affair of love, is a 1999 movie that has very little that is pornographic.

We talk about intimacy for a couple living fully in the present, without past worries or future fears.

The chemistry and love language between the two leads, Nathalie Baye and Sergi López, are sexy and romantic from the very first moment.

Everything happens innocently, from the café where they meet in the morning for a chat and breakfast.

Just as naturally, afterward, they immediately go to the hotel room, where they vent their sexual fantasy, which we will never know.

Finally, each meeting ends at the subway entrance, where they say goodbye, which will always be until their last date.

This double confession of these amateur lovers is definitely an adult story.

Don’t expect eroticism such as Last Tango in Paris, however, since, as mentioned, it contains nothing scabrous or pornographic.

Although it may seem like casual love at first glance, the relationship soon takes another direction.

Only those who have gone through a relationship where they lost something or regretted something will understand.

Even for these two excellent characters, in the end, perhaps they lack the courage to be genuinely free and become happy.

Still, in the eyes of both of them, as they speak into the camera, we can see how they have not forgotten this little secret adventure.

Delicate elegance naturally emerges in the most intense relationship moments, in which communication is more important than sex.

This man and woman want to be seen and desired, becoming real only when they are together.

Cinematically, the director almost seems to humbly stand aside, not to disturb the relationship of these lovers.

Therefore, the camera is almost always static, just as the photography is natural without dramatically emphasizing lighting or colors.

This essential style serves the excellent script of Philippe Blasband, with the slow, bygone pace of real, ordinary life.

The story constantly puts these two people at the center yet never tells us anything about them.

Just as very little it reveals about their sexual moments, which occur demurely behind a locked door.

Perhaps this is why, in modern society, we must appear rigid and emotionless to prove ourselves tough and independent.

Not everyone finds the courage to let go. Just as in the end, we can say that neither will the two protagonists of this affair.

An Affair of Love was a critically acclaimed and award-winning movie in 1999, retaining all its strength and significance even today.

Very often, love that remains unfulfilled is more romantic than love ending with marriage and children.

The Wind Rises – Peace And Love Fly High In Skies