The Wind Rises – Peace And Love Fly High In Skies 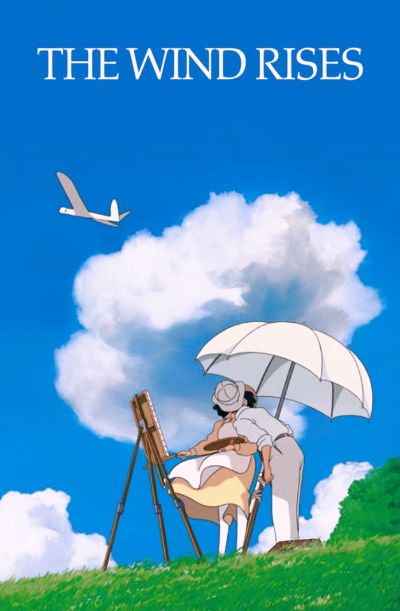 The Wind Rises is among the most significant animation movies in cinema history, not only because (so far) it is Hayao Miyazaki‘s 2013 final work.

Indeed, it is also one of the most pacifist narratives I have ever seen. Although, paradoxically, it precisely concerns the construction of Japan’s best combat aircraft.

Working through his favorite genre, Miyazaki narrates in his way the biography of his compatriot Jirō Horikoshi.

Even as a child, we see him watching the sky, dreaming of flying the planes of his imaginary friend Caproni.

This famous Italian aeronautical engineer will accompany him throughout his life, sustaining him through successes and failures.

He then decides to study hard in silence. His commitment is such that he is ready to become an aircraft designer once he reaches adolescence.

Unfortunately, Japan was at war in those years when it finally reached the leading position in building a prototype.

The project was chock with problems and difficulties, having little money, materials, and a vast technological backlog to work with.

His group tries to get help from a colleague in the German air force, who, like them, is constantly struggling with slow government bureaucracy.

At the same time, he falls hopelessly in love with a girl he met during the great Tokyo fire.

She reciprocates his feelings but hesitates to become attached as she suffers from a severe form of tuberculosis.

Although they know their future days are numbered, they bravely face the girl’s illness and suffering.

In the pain and knowledge of a love that cannot last, the brilliant Horikoshi still create one of the best airplanes in Japanese aviation history.

The Wind Rises is a story of dreams and love so big that they seem unattainable, but perseverance and courage slowly overcome all difficulties.

Although it all takes place in wartime, every frame enraptures our hearts. The colors are lovely in the small joys of simple people with big dreams and willpower.

The wind Rises, and we must try to live, as a quote says at the beginning of this exciting 2013 animated movie.

As mentioned, Hayao Miyazaki’s visual and narrative style inspires tremendous compassion and intelligence, despite the weapons and military background.

The great Japanese auteur, as always, narrates his favorite themes of love, friendship, and the transition from adolescence to adulthood.

He also confirms his boundless passion for planes, which he had already amply displayed in the earlier Porco Rosso.

But unlike his masterpiece set in Italy, the theme of war is more oppressive in the protagonists’ lives this time.

In those years, Japan was an emerging country with a severe shortage of resources. Finding everything from raw materials to food and supplies for civilians and soldiers was challenging.

Therefore, building a warplane that would make up for the more than twenty years of technological delay in Europe and America was difficult.

Yet the young Jirō Horikoshi succeeded with intelligence and hard work. Where he could not achieve, then he made use of every friendship available in that difficult era.

Just like these planes, the human imagination can fly above all obstacles, casting its shadow as it hurtles unstoppably through the blue sky.

Miyazaki, will this really be your last work?

Hayao Miyazaki confirms that he has the soul of a child flying free among his passions and desires, painting art and emotions.

Just as in his early days in the 1970s, the time has stood still. So he keeps bringing his dreams into the real world, where we can see them, too.

Only a dreamer like him could recount the making of the plane that later attacked Pearl Harbor, turning it into a beautiful pacifist parable.

This contradiction between love and violence perpetually haunts the brilliant engineer protagonist.

Although he takes pride in helping his nation’s soldiers, he also knows he is building some hazardous weapons.

As he repeatedly says, building these sky wonders would be much easier without attaching weapons to them.

Miyazaki successfully brings these two souls together, the life and freedom of flight and the terrible ultimate silence of death.

Likewise, the director combines the cold metal of these technical marvels with the warm green meadows of his great Japan.

As in his other stories, technology and nature can coexist in peace, perhaps with the help of a bit of magic, which never hurts.

Not for a minute is there any desire to harm. Not by chance, The Wind Rises is one of the most pacifist movies I have seen before and since 2013.

Despite appearances, this is a story more for adults than for children. A story that is longer and with a different, definitive pace than Miyazaki’s other animated films.

Should it be his last work for cinema, it would remain an exclamation point that few other filmmakers would challenge to match.

Movies Courtroom Drama – The Hard Laws In The World

The Backwoods – The Mysterious Silence Of Spanish...