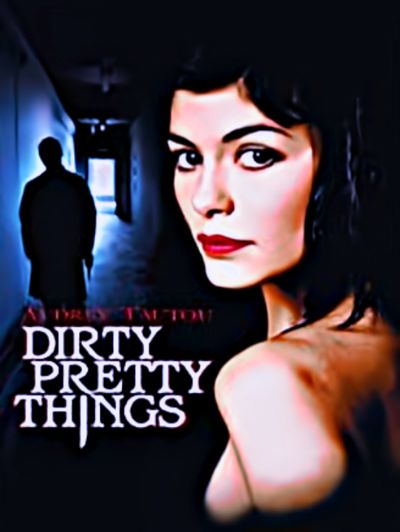 Dirty Pretty Things is a 2002 movie about the hard life of immigrants who move invisibly in large modern cities.

Specifically, this story takes place in a large hotel in London, where most of these characters work in one way or another.

One guy is a taxi driver who, to supplement his salary, works as a concierge along with other friends who do the same.

During one of his nightly inspection rounds, he discovers that some shady characters have organized organ trafficking inside the hotel.

The explantation operations occur in some reserved rooms, where everyone pretends not to see or know what is happening.

Alongside this man’s story, we follow the drama of a young maid. Sadly, she suffers daily harassment from the same criminal who runs this traffic.

The latter not only sexually abuses the woman but blackmails her when she seeks a passport to return to America.

In exchange for the valuable document, the man wants her kidneys for one of his significant international clients.

That’s where the concierge/driver comes in. Indeed, besides being a woman’s guest, he was also a skillful surgeon before fleeing Nigeria.

The trafficker is unwilling to cancel the deal, but knowing the doctor’s reputation, he allows him to operate on the woman himself.

Since the man and woman are both in a no-win situation, they have no choice. Therefore, they must be smarter and crueler than criminals to escape that snake pit in one piece.

The invisible cruelty of our society

There is often a need for a movie like Dirty Pretty Things, which is far from international plots to destroy the world yet chronicles the plight of immigrants in 2002 as it does today.

These men and women flee the worst places in this world with dreams of a better life in their eyes.

But when they arrive at their destination, whether in America or England, the reality is, unfortunately, always very different.

They only then realize to be in a fetid cage of ruthless exploiters who squeeze them physical and mental exhaustion.

This movie builds a little crime thriller around this concept, telling us openly about these people at the heart of global human trafficking.

Like the two main characters, it doesn’t matter whether you are a humble waitress or an esteemed medical surgeon.

When you fall into this system, you become a nameless slave with no more dignity or rights.

Director Stephen Frears has always been close to the most mistreated social classes. Here he opens the curtain and shows us the invisible behind the smiling facade of our so-called civilized society.

As said here, there is no claim to tell a story that will change the fate of the human race, but rather to paint a realistic picture of our world.

We also talk about the black market in transplants, in which wealthier people take advantage of the poor. Terrifyingly, these victims are willing to give up pieces of their bodies to make money.

I think we go beyond metaphor, coming to a genuine moral lesson for a story full of poor goodness and senseless cruelty.

With a budget of just $10 million, Stephen Frears makes a slice of life set in England but applicable to the entire world.

This director’s name confirms that he is a guarantee of quality for movies that are never silly or trite, of which 2002’s Dirty Pretty Things is an excellent example.

Of course, credit is also due to Steven Knight‘s solid screenplay. Unsurprisingly, the great writer is also the author of such little gems as Allied and Eastern Promises.

Chiwetel Ejiofor has the gravitas and passion for being the most crucial character through whom everyone else’s problems begin and end.

He is yet another victim of immigration, despite his high professional qualifications. Indeed, he must resign himself to exploitation by shady and ignorant unscrupulous individuals.

The sweet and beautiful Audrey Tautou is very different, though in the same situation. Besides, she is a simple woman willing to settle for even a menial job, although bad luck befalls her.

Best of all, however, is Sergi López, slimy and cowardly exploiter of the miseries of all these men and women.

Behind a smile and a friendly demeanor, the man threatens to sue anyone who does not abide by his rules.

To sum up, 2002’s Dirty Pretty Things is a movie that can open the minds of those who ignore the situations of the poorest, abused social classes.

Despite the themes, the script maintains an optimistic attitude. Nevertheless, it makes no bones about portraying a harsh and unpleasant reality that many do not want to see.

But in the end, at least in cinema, we can all dream of a better life and world.