Killerman – On The Run Through New York City’s Streets 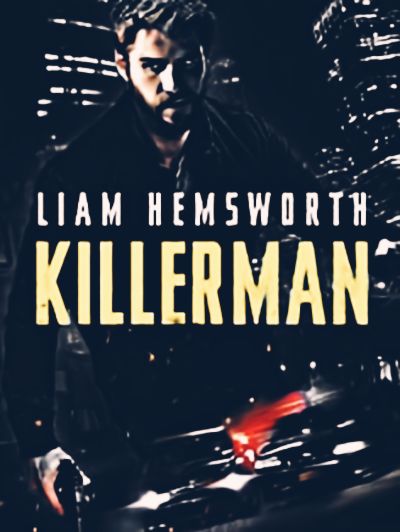 Looking at the 2019 Killerman cover, I know that you might immediately think of a movie with a pissed-off protagonist who kills everything in his path.

Nothing could be further from reality. This story closely follows the long day of violence and madness of two New York City petty criminals.

One of them is one of the many nephews of one of the city’s most powerful bosses. While the other is a charming young man who recently joined the gang and has yet to prove his worth.

The pair usually deals with nothing more dangerous than laundering the gang’s profits. Going through various intermediaries, they convert the money into gold or untraceable valuables.

However, when the boss is about to complete a large construction project with a prominent politician, he needs to expand his business.

As a result, he entrusts them with a much more significant sum than usual as a test to finally have more importance and trust.

The two criminals are excited about this opportunity, but the boss changes his mind shortly afterward. Someone has informed him that the feds are investigating him, so he prefers to stay low profile.

Needing to hold millions of dollars for a few days without doing anything, they instead decide to invest it. Without the gang’s knowledge, they get into a drug deal seemingly quick and safe.

But the police show up uninvited to the sellers’ meeting, ruining everything. Therefore, the two must make a hasty escape, ending up in a car accident.

Waking up in the hospital, the gang’s newcomer no longer remembers who he is and what to do because of his severe head injury.

The forgetful criminal and his friend will then deliver the money and drugs with these cruel dirty cops on his tail.

I admit, even I started watching 2019 Killerman thinking it was one of many action movies.

So if you, too, were to start with the same preconception, I certainly can’t fault you for it.

However, only a few minutes are enough to realize that we are watching something much closer to a modern metropolitan noir.

Moreover, the greed and viciousness of policemen are certainly not inferior to those of criminals. The environment is, therefore, insidious wherever they go, always providing a dangerous scenario in every situation.

Of course, since this world is full of poverty and violence, do not expect Shakespearean-level language.

Many of the jokes are direct and often vulgar, speaking bluntly in an aggressive and threatening manner.

The many action scenes are believable, quick, and compelling, yet without sacrificing being cinematically spectacular.

Don’t expect superheroes who take out dozens of enemies with a magazine because every character in this story stays within human limits.

Don’t expect a dividing line between good guys and bad guys because each has something to hide from the others.

As I said, this is a modern-day noir, very fast-paced and concise that holds the proper narrative tension until the last moment.

The cinematography is just as cold as these men, desperate urban animals struggling to survive in the concrete jungle.

And in the end, Killerman left me with a strange feeling, different from other 2019 movies. Although the story comes to its conclusion, I wanted more, so I would say it certainly worked for me.

We are just good criminals

Malik Bader firmly holds the helm of small production with clear ideas about its intentions.

His direction and screenplay certainly do not aim to win an Oscar, but they do their job without my finding any problems.

Perhaps my only note is the music, which sometimes overlaps too much with the dialogue, especially in the action scenes.

However, in the end, it is only a speck in a small gem that is otherwise absolutely perfect.

Liam Hemsworth and Emory Cohen are a very well-matched lead pair, with a believable friendship that develops over the story.

Although they back each other up in the struggle for survival, they are often at odds. These dialogues are simple and funny, discussing things to do, places to go, and who to ask for help.

Equally good is Zlatko Buric, a perverse and authoritarian boss who tolerates no wrongdoing and, therefore, will have much to say about their behavior.

However, he has his weaknesses and fears, not realizing the trap enveloping him before it is too late.

Finally, we note the excellent performance of Nickola Shreli, a corrupt policeman who also has to the right his wrongs.

There is sadism in his behavior with violence that goes beyond the need to retrieve money and drugs, being arguably the cruelest character.

Killerman is a movie that pleasantly surprised me, although I saw it only recently and not at its release in 2019.

So if you like stories about drug dealers, cops, and criminals, don’t miss the chance to watch it. Otherwise, you might miss something you are unlikely to find elsewhere.

Men And Beasts Movies – The Arduous And Never Ending Challenge