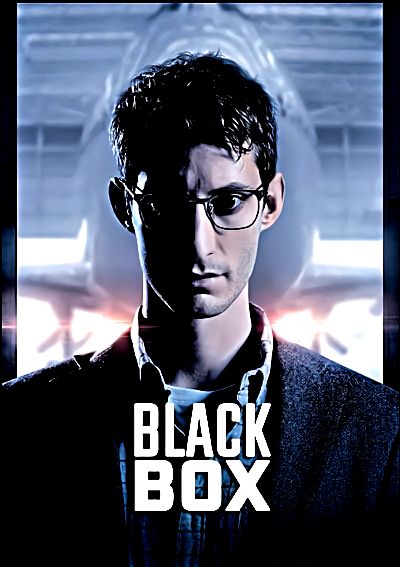 If you like a mystery thriller in an aviation environment, Black Box of 2021 is the movie for you.

It begins with young Mathieu arguing with Pollock, his boss while reviewing a helicopter crash audio to determine what happened.

They are the most experienced analysts at the BEA, or Bureau d’Enquêtes et d’Analyses, the French civil aviation safety investigation and analysis bureau.

The boss closes the matter without accepting the boy’s objections. Moreover, he refuses to take him with him to the site of a dramatic plane crash in the Alps.

The case soon becomes internationally famous, given the more than 200 victims. So right away the press all over Europe follows their every move.

Mathieu is very sorry that he cannot participate in the investigation. But a few days later the BEA management calls him saying that Pollock has mysteriously disappeared.

It will then be up to him to determine what happened on that flight, trying to figure out why it went down in the mountains for no apparent reason.

When the Air Force recovers the black box, he and his colleagues attempt to repair the highly damaged audio.

The operation is difficult because the pilots had removed their headphones and their voices are distant and confusing.

It becomes apparent, however, that someone has broken into the cockpit, exploiting the door left open by a stewardess, uttering threats in Arabic.

The BEA then wants to quickly conclude by stating that this was a terrorist act. Leaving everything in the hands of the police and intelligence services, the investigation appears to be over.

However, Mathieu has difficulty believing that Pollock’s disappearance is a mere coincidence. Just as, in clue after clue, he believes that the black box audio is fake.

Many inspirations, yet still different

The atmosphere and style differ, although it begins with an elegant backward tracking sequence shot along the airplane.

From the pilots’ cabin, the camera moves backward along the various sections to the rear, where precisely the black box, which is actually orange, is located.

Net of this technical virtuosity, the rest of the direction is much more static and conventional. The style turns heavily to editing, which heightens the tension of uncertainty.

Indeed, every time the protagonist seems to discover something, he is punctually belied soon after by a contrary revelation.

In addition to the technical side with the mechanical dissection of the audio of the incident, we also have the analysis of dialogue that is often equally difficult.

However, in this aspect, it reminded me of the lesser-known The Conversation, a beautiful 1970s film by Francis Ford Coppola.

Just like the Gene Hackman protagonist of those days, Pierre Niney consumes himself during the investigation.

To discover the truth, he ruins his personal and works relationships with colleagues and friends. Even his woman eventually considers him an obsessed lunatic.

Unfortunately, politics and industry can easily crush an individual. By isolating him socially first, it then becomes easier to physically eliminate him if necessary.

However, I think the underlying theme of Black Box is the doubt, the uncertainty we as viewers have as much as the protagonist in his beliefs.

Is he really insane? Was this just yet another terrorist act? Or does a big company launch its latest technological innovation on the market too early?

So many questions to which I leave it to you to discover the answers, as I do not want to spoil anything for you.

Truth that divides then unites

Director Yann Gozlan focuses heavily on high-tech research and investigation, placing it in a credible industrial and political context.

However, he does not disdain to care about the human factor, portraying the characters’ psychology all living around the aviation world.

Pierre Niney is a protagonist as ambiguous as the plot, who does not try to be condescending or sympathetic when he believes to be correct.

Far from being cool and confident, his character has been wrong before. Therefore, the fear of an investigation with erroneous premises returns.

In his downward vortex toward the truth, he drags even his girlfriend, the young career woman played by Lou de Laâge.

Perhaps I would have appreciated more space for her character, especially considering how important she becomes in the final part.

More clarification regarding her role in the company that produces the plane, unfortunately only hinted at, would have been more helpful.

Still, her relationship with the protagonist develops remarkably well, in emotional and betrayal growing, which has a redemption before the conclusion.

I believe Olivier Rabourdin is similarly poorly exploited, although he also has an extensive reevaluation in the closing climax.

However, perhaps through some flashbacks, I think he deserved a more significant presence. It could have been useful, for example, for motivation to discover the truth.

However, these are my small and futile considerations. Black Box is a much better 2021 movie than other thrillers, always being tense and believable.

Sure, there are many twists and turns, but this helps the plot and the experience. Instead of looking for the easy surprise effect, it is much better to enhance the narrative value.

So if you are looking for an old-fashioned crime mystery with a very modern direction, don’t hesitate and rush out to see it immediately.

Dual – How Dangerous It Is To Have A Double Life?