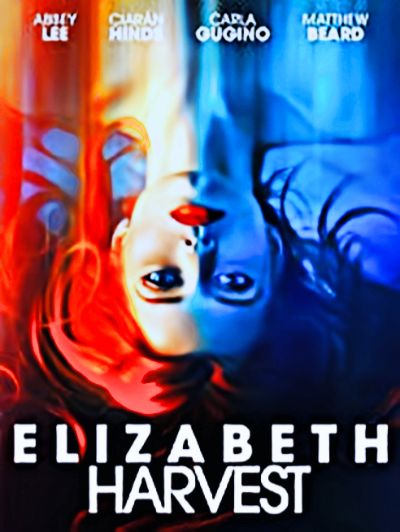 Like so many excellent cyberpunk movies, Elizabeth Harvest has unfortunately passed under the public eye without hardly anyone noticing in 2018.

The story concerns a magnificent young girl who marries and moves in with a man older than her.

It is a dream come true for her, as her dreamy voice tells us early in the story.

The honeymoon begins fabulously in the immense mountain mansion only with a woman and a boy at their service.

At first, the girl is captivated by the magnificence of her new home and her husband’s gentle and refined manners.

Everything suddenly changes when he forbids her to enter his underground laboratory, where he jealously guards his secrets.

But of course, the curiosity is too intense. So she ends up giving in to temptation by violating the place that was always supposed to remain closed.

Inside the lab, she discovers tanks in which other Elizabeths lie in a state of cryostasis, waiting to awaken.

Then she realizes that her marriage is a sham and she is not the first to play the newlywed role.

Her husband does not take her betrayal well and brutally kills her, awakening another clone as his new wife.

The dark fairy tale seems to repeat by starting over numerous times, always with the same heartbreaking and tragic ending.

In a love and death endless cycle, one of the many awakened Elizabeths will eventually figure out what is happening.

But perhaps the truth she will find will not be the one she was looking for, as she will have to pay a heavy price for freedom.

I love you so much just to murder you

Elizabeth Harvest is a movie that I naively thought was one of the many romantic dramas of 2018, but it pleasantly surprised me.

The reference is the Bluebeard fairy tale. A classic tale, indeed, in which the husband forbids his wife to enter a particular room in the castle.

When she inevitably enters, she discovers the corpses of the man’s previous wives, all victims of the same irresistible curiosity.

The moral then is in full cyberpunk style, with the wife’s body continually resurrected by biotechnological experiments.

However, for those who fear spoilers, we are really only talking about the first quarter-hour of the story.

The rest is a good evolution of characters and change of roles among the various characters. Indeed, at some point, it is not easy to tell who is the captive and jailer in this luxurious prison.

What is interesting is how the story often takes different directions, offering other points of view and different storytelling styles.

The atmosphere is always oppressive and closed. Yet, it never becomes boring precisely because of these plot twists capable of renewing the formula.

Wanting to talk about the themes it presents, we can say that the film is a metaphor for spousal abuse.

The husband does not accept independence from his woman, who must live and think according to his rules or die.

In 2018 this was not a trivial topic, as many men sadly treat their wives just like they are so many Elizabeth Harvests.

This kind of control is an illusion that no woman can ever fulfill, but we are obviously not talking about rational people.

Like the protagonist, so many wives break the chain of marital silence every day. But who knows how many others we will never know about.

A movie maybe not be for everyone, but in a good way

For a movie like Elizabeth Harvest in 2018, we can say that the cast is a matter of a few perfect actors and actresses.

Above all, we emphasize the outstanding performance of Ciarán Hinds, a usually secondary actor who finally has a starring role here.

I recently remember him as the arrogant Commander of one of the ships in the excellent series The Terror. An excellent but short-lived character, as he tragically disappears within a few episodes.

In this case, he plays a complex man to understand. He’s a man who is intelligent and sensitive but equally ruthless and unstoppable in achieving his goals.

Abbey Lee, instead, is the face of love, with the total trust she places (at least initially) in her man.

But as in reality, violence in science fiction brutally silences this girl’s hopeful innocence.

Sandwiched between the two protagonists is the eternally beautiful and talented Carla Gugino, assistant and lover of the mad and brilliant scientist.

Her character will be the balance point between wife and husband; more generally, she is the midpoint between madness and genius in scientific research.

Not surprisingly, her flashback is functional, introducing us to the dramatic backstory that will lead to the conclusion of this incredible drama.

Wanting to explain the commercial failure, perhaps it is not the ideal film for those looking for expensive special effects and colossal set reconstructions.

Instead, I would recommend it without any hesitation for those looking for a plot and adult characters within a great environment.