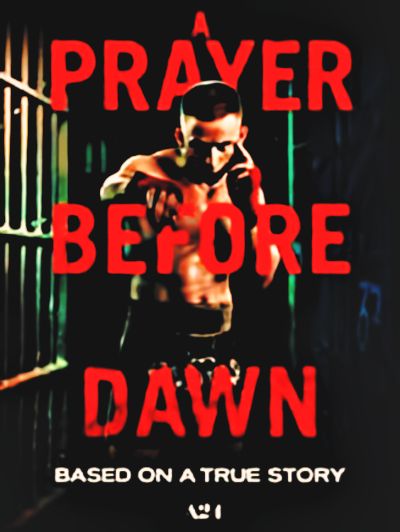 In 2017 a movie inspired by a true story previously told in the eponymous biography by Billy Moore, A Prayer Before Dawn, was released in theaters.

When he was young, he lived as a foreigner in Thailand, making little money in violent kickboxing matches.

The boy was skilled in martial arts, with a good mix of technique and endurance. But his severe drug addiction had ruined his career.

He ended up in the center of a major police raid. After which the authorities sentenced him to serve three years in Bangkok’s harshest prison.

Although able to defend himself, the place is hazardous and infested with the city’s worst criminals. Moreover, the guards often stand by, leaving the prisoners to settle things among themselves.

With some petty thefts and hidden trades, he obtains the precious drug he cannot do without. But when the guards put him in solitary confinement for a long time, he must necessarily detoxify.

Once back among the other inmates, he tries to approach the prison sports group. They train on their own and then perform martial arts matches in a national tournament.

Initially, these fighters do not even want to see him, but he does not give up. Yet, finally, he convinces their trainer with his determination and physical tenacity.

After fighting a few matches, he proves that he has the necessary stuff that could make them win the tournament.

However, all those long years of drugs will present the bill just before the final. The boy ends up in the hospital, dreaming of his last and greatest chance.

Fighting with bare hands for freedom

Billy Moore is an exceptional character, intense and strong but also weak in his vices. In short, he is someone you certainly do not immediately identify with.

In his intentions, he wanted to go far away from England precisely to escape his addiction. Instead, ending up sucked into the vortex of Yaba, not coincidentally called the drug of madness.

Nevertheless, we can also empathize with his plight as time goes on. Then we realize that, at heart, he is just a guy who ended up in a scary place.

The out-of-place foreigner ends up in close contact with the worst murderers and rapists in Thailand. However, rather than being frightened by the situation, finding drugs is his first genuine concern.

Getting out of that hole is hard, especially when he ends up crushed at the bottom of his problem. At that point, his only choice is to die slowly or finally wake up and fight back.

What touched me the most was his meeting with his father. With few words, they clearly reevaluate a long life of disappointments for his boy.

Thus, we can say that the theme of this story is redemption and revenge. The protagonist’s long residence in Klong Prem prison is practically a path of forced rehabilitation.

In prison, he will go from one criminal gang to another, with no one wanting him. He will find sporting revenge by learning the fundamentals of Muay Thai.

By that time, the harsh reality almost becomes a poem of hope. Even if with a background of loneliness and melancholy that never leaves the boy’s soul.

A Prayer Before Dawn was an under-distributed movie, albeit garnering numerous admirers at the 2017 Cannes Film Festival.

However, just like its protagonist, I am convinced it will have its slow payback over time.

An impressive documentary movie, yet perhaps not for everyone

At the helm is the efficient Jean-Stéphane Sauvaire, whose filmography consists mainly of shorts and documentaries.

However, his only filmmaking experience made him realize the excellent Johnny Mad Dog. It was a disturbing and exciting portrait of the cruel life of a handful of African child soldiers.

His style is a perfect fit for Billy Moore’s biography. He builds a character already in his inner cage before ending up in prison.

Through skillful editing, he breaks a series of extended sequence plans into various cuts. It achieves a realism that does not deny some moments of pure visual poetry.

This same choice dictates the fights in which he emphasizes fatigue and suffering. Rather than focusing on the easy spectacularity of martial arts, it differs from countless other films.

Equally apt is the decision not to use professional actors, returning to the canons that were, for example, those of Italian neorealism. Putting simple, ordinary faces on the screen that we, too, might see every day engages us more.

Summing up these factors, the director succeeds in the miracle of turning the daily humiliations of these prisoners into a moral victory. Each punch and encounter is thus small revenge against a society that rejects them.

A Prayer Before Dawn is not a movie for everyone, and it is no accident that, as of 2017, it has not yet achieved widespread notoriety.

Yet, as I said before, I am sure it will succeed in attracting audiences who respect it year after year. Perhaps, who knows, also thanks to you spreading it and recommending it to your friends.

As for me, it usually takes much talent to entertain me for two hours with a prison film. But the direction and the story of a man who never compromises wholly won me over.

The Home Doctor – Practical Medicine for Every Household