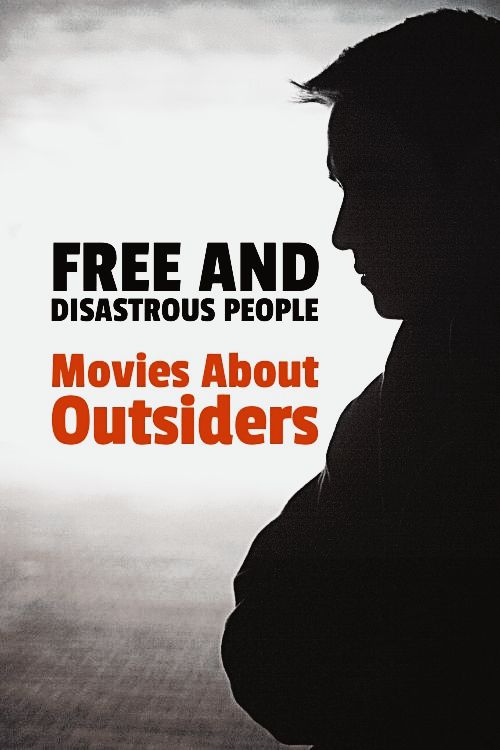 For every happy and well-adjusted person in this world, there are at least twice as many outsiders for whom life is not as good as a movie.

Unfortunately, this world can be very hard on those who do not fit in; crazy, visionary men and women who orbit invisibly on the fringes of our society.

Depending on the case, marginalization can be financial or psychological; considering that often the former inevitably leads to the latter.

Money talks and bullshit walks were the old sayings of the gunslingers in the Wild West.

The same rule applies in the film world; fantastic filmmakers often become outsiders when they miss a handful of movies.

More rarely, some of these stories can become cult films, large and small; which will live forever, passing their legend from generation to generation.

Shall we take a closer look at some of them?

We begin with a young Terrence Malick, who at the time was still in his second film; who directs the equally young Martin Sheen and Sissy Spacek, like him, headed for a bright future of success.

The two stars play two lovers living in South Dakota; both dissatisfied and prisoners of an existence they feel is meaningless.

He picks up garbage around town all day long; eventually losing even that tiny job that brought a few dollars in his pocket.

On the other hand, she is the daughter of a highly oppressive and possessive father; who becomes furious when he discovers they see each other secretly.

To punish the girl for the secret affair, he does not even hesitate to shoot her dog in the head.

At that point, the boy decides it is time to get out of town; but when he goes to get his beauty to leave, his father gets in the way and kills him.

They later burn down the house and leave a recording where they confess their intention to commit suicide; hoping thus to divert the attention of the authorities long enough to escape far away.

After trying to live isolated in the wilderness, some bounty hunters try to catch them; but the boy kills them all by coldly shooting them in the back.

From then on, the two cannot stay too long in the same place; they commit more murders to get rid of inconvenient witnesses along their way.

Thus begins a long escape for the lovers that will take them near the great mountains of Montana; while the police and the National Guard pursue them relentlessly.

The romance then vanishes; while the boy seems thrilled at the idea of the end, the girl drags wearily behind him with no more emotion.

A director who is free beyond good and evil

The movie analyzes (without talking about it openly) the problem of a future-less existence for outsiders Americans; whose troubled conscience drives the protagonist to murder almost without realizing it.

So violent is the boy, so apathetic and passive is the girl; who is first the victim of a domineering father and then of a psychopathic, criminal boyfriend.

Yet it is precisely in crime that the young man finds his dimension; even sympathizing with the police officers who later arrested him.

We admire the 1970s USA in all its magnificent panoramas; combined with the spirit of a nation of workers who toil from morning to night.

Besides every hope, society also kills personal freedom; humiliating urban decay with few opportunities to make a life for themselves.

Badlands was a little-regarded movie released in theaters in 1973; yet for Terrence Malick, it was the launching pad that led him to the magnificent The Thin Red Line in a few years.

Although still raw and immature, all this great director’s visual and narrative styles are already here; like the narrative voice of the naive girl who accompanies us on the journey as she writes in her diary.

The young girl abandons the only life she knows in the safety of her father’s arms; returning to nature together with a boy guided by his primal instincts of hunting and survival.

After all, this is what I think a filmmaker should try to do; that is, to follow his instincts without necessarily bending to the people hungry for superheroes and easy love stories.

Whether you like his movies or not, we must recognize Terrence Malick as a true auteur with an uncontaminated spirit.

In the second movie, we talk about two outsiders from the 1990s; at the hands of a more pop director like Tony Scott and written by another little-known genius, Quentin Tarantino.

Needless to say, this story is also about two lovers on the run; this time, however, having Detroit’s worst criminals on their heels.

He is a shy salesman working in a comic book store; while she is a young prostitute tired of that life.

Arranging their meeting is the boy’s boss; who pays her to treat his employee to a romantic evening.

But the romance goes beyond the plans, and they fall in love for real; yet before leaving together, they must first face his pimp.

When the boy goes to his lair to confront him, a violent confrontation ensues; in which he not only kills him but also steals a suitcase full of cocaine.

At that point, all the criminal’s cronies set out on their trail; while the lovers take off heading for Los Angeles.

They plan to try to sell the drugs to scrape together some money; after which they wish to find a quiet place where they can live in peace.

Thanks to an aspiring actor friend who works as a go-between, they find a possible buyer; who is a famous neurotic Hollywood producer.

But the man is not entirely convinced about the deal, so he wants to arrange a meeting first to get to know them.

As the criminals and even the police converge toward the same end, the young couple will be right at the center of an unimaginable mess.

The following year Tarantino arrived in theaters with the devastating Pulp Fiction; of which the screenplay for True Romance was to be one of the episodes.

With the help of the brilliant Roger Avary, the two screenwriters then decided to cut it entirely and make it a separate project.

Thus was born one of the movies I most-watched during my adolescence, feeling close to the outsiders protagonists of this wacky love story.

For Christian Slater, it is the best role of his career; playing a young man who is at first shy and then becomes unstoppable for the love of his beauty.

All the sequences where he talks to the ghost of Elvis are hilarious; played by the always out-of-focus Val Kilmer, who acts as the protagonist’s imaginary mentor.

Simply fantastic are all the cameos at various small moments in the story; such as the spectacular Christopher Walken and Dennis Hopper.

The two massive stars engage in an epic drama and hilarious confrontation; facing each other in an absurd discussion about how (I quote literally) all Italians are descendants of black people.

If you have never seen it, as it is possible, catch up on this film immediately; otherwise, you will miss one of the best pulp gems the 1990s had to offer.

After two stories about outsiders fleeing for freedom, we finally arrive at a movie almost entirely set inside a psychiatric hospital.

The main character is a very withdrawn and depressed girl; who can only express her emotions by writing them down in her diary.

Her parents think it is a phase of adolescence; but when she attempts suicide, they must have her locked up.

Initially, she bonds with several girls with different problems and social backgrounds; except for one aggressive blonde with whom no one can relate.

However, it is she who will become her closest friend; discovering that, in reality, her grumpy nature is just a way to avoid suffering.

He has an ambiguous relationship with her, as she seems cheerful and fun at times; only to become cruel, almost bordering on sadism, soon after.

However, she despises the electroshock treatments that the doctors impose on her new friend; therefore, she will not hesitate to follow her in an impromptu escape from the institution.

During this trip outside, they visit a friend previously locked up with them; when it ends in tragedy, however, she decides to drop everything and go back inside.

The blonde will also return a short time later, just in time for the girl to be close to being discharged.

But before she leaves that place for good, she will not be able to avoid one last confrontation; in which it will come to light which is the weak and the strong between them.

The depression of being different

James Mangold has always been a very swinging director; both in quality and in the variety of film genres he engages.

His movies are so different from each other that sometimes they almost seem to be directed by someone else; such as Walk The Line, a biopic of country singer Johnny Cash; or even the violent Logan, the latest chapter in the adventures of superhero Wolverine.

The story is, in short, a long and sometimes disturbing journey into the psychoses of several teenagers; with a common desire for rebellion and nonconformity but divided by their complex self-destructive personalities.

Above all the several promising actresses is the protagonist Winona Ryder and her main friend/enemy; an excellent Oscar-winning Angelina Jolie, who may never again be as good as she is in this role.

The inner challenge of these young women becomes a rivalry within the group; a group of psychiatric patients who have to stay together, albeit often resenting each other.

Yet forced cohabitation pushes them to improve and understand each other; often beyond the 1970s psychiatrists and their archaic and superficial care.

Indeed, the only one who seems to care about the patients is nurse Whoopi Goldberg; another outstanding performance by an actress who unfortunately has a too brief and marginal role.

At the time, this movie made quite a stir, but today I don’t know how many people still remember it; so I hope that if you get a chance, you will at least want to give it a chance.

If it does not remind you of something about yourself, perhaps it may remind you of that son or daughter who sometimes seems incomprehensible in their bizarre attitudes.