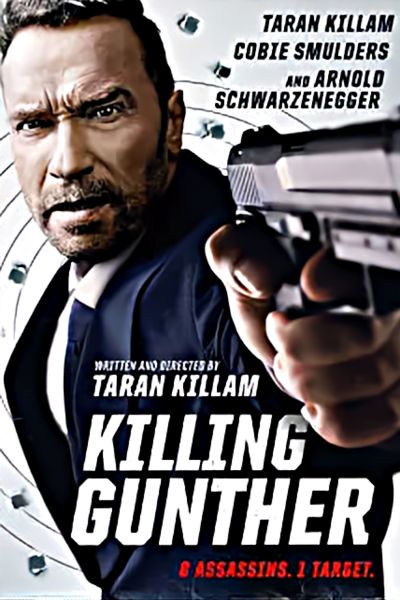 The story begins with a handful of strangers gathering in the United States with a common purpose; to kill the world’s most famous and wealthiest hitman, Robert Gunther Bendik.

Their leader is the most obsessed among them in wanting to complete the mission; being convinced that the killer has stolen his beloved girlfriend.

Indeed, he was the one who contacted every member of this gang of killers; convincing everyone in the dream of glory to become famous quickly.

Unfortunately, from the very beginning, it is clear that Gunther is surveilling the group; immediately killing the informant who was supposed to lead them to his hideout.

In addition, dislikes and rivalries begin to arise that turn them against each other; as the leader struggles to keep the group together and finds the ineffable super hitman.

Finally, panic breaks out in the streets during a trap they set to flush him out; when he cheats their explosives expert by blowing up dozens of cars around them.

One by one, they all die under the relentless attacks and traps everywhere in their path; inevitably coming to the point where they must accept a truce and stop this hunt.

However, their leader cannot give up, torn at the thought that the love of his life has dumped him for Gunther.

So he prearranges a last desperate plan to break into the killer’s house; making sure he is the one to open the door and invite him in.

A strange but worthwhile experience

When Killing Gunther came out in 2017, I was shocked at the movie’s many shortcomings; at the same time, I was as surprised at how much I enjoyed watching it.

In fairness, however, I intend to preface some essential points to those expecting certain things; to prevent and cure any possible bitter disappointment.

First, we will see Arnold Schwarzenegger maybe ten minutes in all; even though his big face is prominent on the cover, do not expect him to be the movie’s real star.

The production, probably used the actor’s high notoriety to push distribution; without much success given the low box office receipts.

Second, although this is a story wholly populated with killers; don’t expect a movie full of bombastic and frenetic action scenes.

There is minimal action, and it aims more to be fun than spectacular; even the audio-video setup, in general, is much closer to amateur than independent.

Now that I’ve told you the prominent flaws let’s talk about the real strength of a movie that, first of all, is not intended to be serious in the slightest; something I always love as it helps catharsis and suspension of disbelief immensely.

The stupidity of the plot and of all the main characters, including Gunther, is another plus point; leaving the general idiocy opens up room for the unpredictability of what will happen.

Also, Killing Gunther is a movie that few know from 2017, and even fewer of us have enjoyed; so don’t take many risks of spoilers about the story and characters.

Without going so far as to get philosophical, I simply want to tell you to give this strange experience a chance; maybe you will like it and perhaps you won’t, but I am sure that it will not be a waste of time.

An acceptable first attempt at direction

Despite Arnold Schwarzenegger, the beating heart of 2017’s Killing Gunther is Taran Killam, who puts his all into this movie.

The comedian from Saturday Night Live school makes the big bet; directing, writing, producing, and starring as the lead in his cinematic debut.

Starting with his character, we can say that it works exactly like the plot; working not always well, yet convincing when the comedy gets sillier; then it is really at the peak of entertainment.

Perhaps this was one of the script’s mistakes, failing to always give the right pace to the comic gags; personally, I would have opted for an even crazier style, perhaps imitating the movies of the superb John Waters.

Some characters would have immensely benefited from his demented but clever comedy; such as the one played by an excellent Amir Talai, a holy religious extremist killer with a cyborg’s arm.

Equally funny is Aaron Yoo, who instead plays the group’s poison expert; he is not coincidentally always walking around with a few syringes in hand, ready to inject his lethal mixtures; without ever really getting the chance.

However, I don’t think we need to say that the movie takes off in the final part, where we finally see Arnold Schwarzenegger.

His character resembles a parody of his usual movie role; such as the same thing was in the fantastic Last Action Hero.

The great actor lends himself to the joke with sarcasm while not giving up his usual tough-guy attitude; managing to create a character of a sympathetic, crazy, and charismatic killer in a few minutes.

I hope Schwarzy will still lend his presence to small movies like this in the future; just as I wish (perhaps futilely) for a hypothetical sequel where Gunther’s adventures will continue; possibly being even crazier and more reckless.

Warning – Loneliness tales from the...