The Client – A Thriller So Funny It’s Almost Illegal 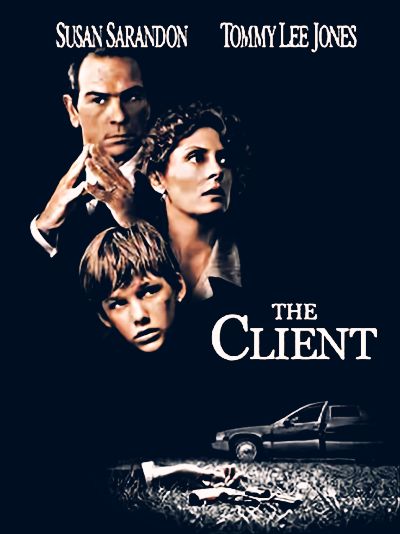 The Client is an entertaining 1994 movie inspired by one of the many novels by John Grisham, a veteran writer of the legal thriller genre.

The story tells of a young boy from a poor family; who, by chance, witnesses the suicide of a notorious criminal.

Before killing himself, he frightens and traumatizes his little brother and then allows himself to make a revelation; confessing where he buried a well-known politician whom he had brutally murdered.

The murder was on behalf of his gang, but the police and the feds could never prove it; precisely because they never found the body.

At this point, both the mobsters and the FBI begin to hunt him down; the former to keep him quiet and the latter to obtain the valuable information he holds.

Not knowing what to do, he flees and takes refuge in the office of a woman, one of the toughest lawyers in town.

After a token offer of a dollar to hire her, she is initially reluctant; but understanding the danger he and his family are in, she finally agrees to represent him.

But to strike a deal that will protect her family, they must first verify that the suicide’s information is correct and find the politician’s dead body.

Not much legal and not much thriller, but still a pretty solid legal thriller

The Client is one of the simplest and funniest legal thrillers I have ever seen and one of the last Joel Schumacher movies I really enjoyed since 1994.

Centering on two characters on the fringes, it manages to tell a complicated legal plot without almost ever setting foot in court.

The story occurs almost entirely in the hallways and offices of lawyers, where they trade blows and cheats without rules to win the case.

Joel Schumacher directs this story by focusing more on the characters’ personal stories than on the legal side.

This is a winning choice because of the contrasts between the various bitchy personalities, making it entertaining and highly entertaining.

Perhaps he could have characterized and given some more violence to the mafia bad guys; thus, a sense of impending menace would have made certain scenes tenser.

Just as I really enjoyed the likable and even-tempered Judge Ossie Davis; who unfortunately disappears without returning in the second half of the movie.

But after all, you can’t have it all, and the story, I admit, works anyway; although the direction does not seem to care about the script in large parts.

In fact, so many scenes seem to be an excuse for the hilarious disputes between the characters; it’s okay because they work, but perhaps it makes little sense at times.

Regardless, when it was released in theaters in 1994, The Client was an international success, becoming a $100 million box office movie.

So mission accomplished, both as entertainment and to pad your wallet.

No objection, your honor

The dialogues between Susan Sarandon and Tommy Lee Jones, the two stars of the poster here as two elderly legal eagles, are simply fantastic.

The actress is funny and astute, not fooled by the man’s maneuvers, sticking up for the little boy and becoming almost his putative mother.

Her character is a mother who has managed to survive a disastrous marriage and divorce; losing her children and hitting rock bottom, and then overcoming severe alcoholism.

Becoming a lawyer and a proud, self-sufficient woman; she still carries within her the scars of her broken life.

Brad Renfro is an irritable and stubborn client who drives everyone crazy with amusement. However, he is adorable in protecting his brother in the hospital with catatonic trauma aftershock.

He is a character with tremendous empathy for his simplicity. He was played by what appeared to be a new talented young actor who sadly died in his early twenties from a drug overdose.

Finally, Tommy Lee Jones was always outstanding and charismatic as a lawyer who quoted the Bible during his trials. Although the cocky and domineering man is on the side of justice, he will make life very difficult for the protagonists.

Perhaps it has been a bit forgotten since 1994, given the many legal movies that come out every year; but The Client always does its job of entertaining without ever boring; which today is no small feat, I might add.