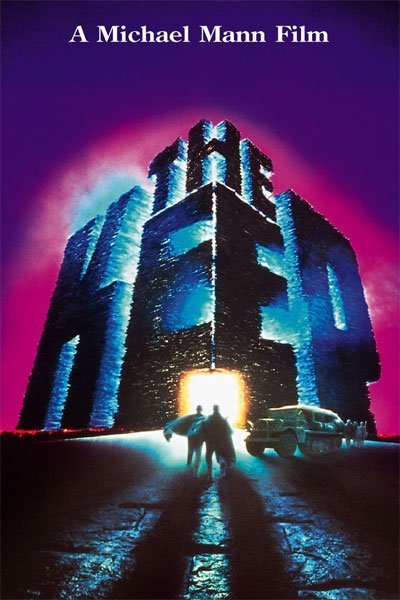 The Keep is a 1983 movie by a young Michael Mann; remaining his only incursion into the horror genre so far.

It takes place during World War II; at a time when the German army is at maximum strength and preparing to invade Russia.

Against this backdrop of expansion and conquest, a small platoon of Nazis disrupts the peace of a small town in Romania.

Their instructions are to secure the place, securing passage for the troops that will follow the invasion.

The soldiers choose as their headquarters camp an ancient stronghold; an uninhabited and mysterious fortress surrounding a thousand-year-old castle.

After quickly taking control of the area, they begin sifting through valuable relics; preparing the fort by placing defenses along the side of the majestic mountain.

But from the depths of this forgotten place, an ancient creature comes to life; a creature that no one in the village dares to name but seems to have unstoppable power.

Outraged by how his people are treated by the Nazis, this demon begins savagely slaughtering soldiers.

Without understanding what is happening, they call for reinforcements; who arrive under the command of a ruthless officer who is enthusiastic about Nazi ideology.

Despite many testimonies, he does not believe in the supernatural presence of this demon; instead, he is sure that the murders are the work of local rebel partisans.

As a result, he begins a violent reprisal against civilians to find the killers, but obviously to no avail.

At that point, a sick old doctor, his daughter, and a mysterious stranger become the town’s only hope for survival.

Together they will have to discover how to stop the powerful demon of the fortress; who is ready to do anything to force the prison where he has been imprisoned for millennia.

Superior race against a superior being

The Keep is one of the first Michael Mann movies, while he was still discovering and experimenting with his style in 1983.

Unfortunately, it was a commercial flop; but not even that tragic considering the budget of less than $10 million.

After that, he quickly came to success with Miami Vice; subsequently dominating the cinema with masterpieces such as Heat or The Last of the Mohicans.

While these are movies that I revere, I would dream that one day Mann would give the horror genre another try.

His perfectionist care for the image at times trespassing on the fantasy kind merging with an old-fashioned war cinema vibe.

In this sense, the Carpathian mountain’s locations are incredibly evocative; inevitably reminding us of the old tales of Count Dracula.

Instead of classic vampires, we have a monster with an ill-defined nature; the last survivor of a family feud between gods that ended in tragedy.

The opposition between the fantasy monster and the fundamental human Nazi monsters is excellent; leaving us to watch outside this clash since we do not sympathize with any of them.

In addition, there are excellently portrayed characters in a good script; as well as obviously well played by actors whom we will discuss in a moment.

However, I do not want you to misunderstand me, and I will try to be frank; The Keep is a movie that definitely has flaws, such as the outdated 1983 special effects.

Also, perhaps more gory horror could have been dared; but nevertheless, the inherent violence of Nazism is oppressive in just the right way.

To sum it all up, we are dealing with a test of unfinished cinema; nevertheless, it is an experiment that I admire for a director trying to break out of his usual action crime genre.

Soldiers and civilians fighting against the supernatural

The face of swastika madness is an excellent Gabriel Byrne; a German troop leader proud of his Aryan superiority.

This actor was also in his early days as a director before establishing himself as a leading man in Miller’s Crossing and The Usual Suspects.

His character is a perfect summation of the madness of dictatorship; as we said, he is pitted against the supernatural monster in a confrontation with no survivors.

I would just like to mention the part where Byrne asks the demon who he is and where he comes from; the latter staring him in the eyes, simply replies:

I come from you

Also playing a small but pivotal role is Ian McKellen, the evergreen star of such films as The Lord of the Rings and X-Men.

Here he plays a doctor who has always studied the history of this fortress; initially excited to see someone fighting the Nazis.

But his enthusiasm will soon turn to horror when he discovers the true nature of this being; which will restore some of his strength and youth only to break out of his prison.

Fearing for his young daughter’s life (Alberta Watson); he will try to leave the fight to a mysterious traveler who has just arrived from Greece.

I really liked this character played by Scott Glenn; however, he appears late and little in the story to be appreciable.

Thanks to him, some romance finds its place; with a love scene almost suspended in time with incredible grace and poetry.

In conclusion, we can say that The Keep is a movie buried and forgotten since 1983; but one that still remains more than enjoyable today as a fantasy horror show.

An exercise in style that every movie lover should exhume and reevaluate; at least to fully understand the full potential of an enormous director like Michael Mann.

Tully – An American Life On The Verge Of Weird Crisis