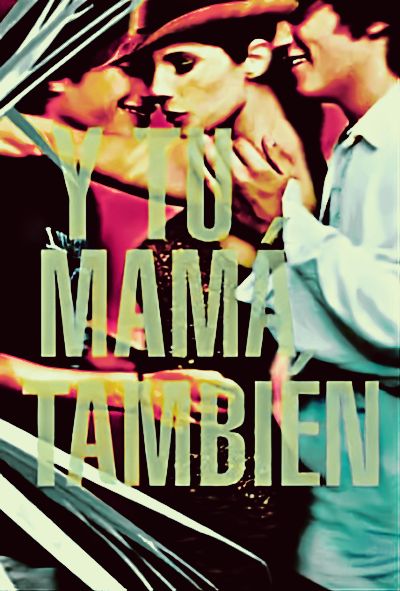 Y tu mamá también is a 2001 movie by Alfonso Cuarón; his last independent production before big blockbusters like Gravity or Harry Potter.

The story tells of two Mexican boys preparing for their summer vacation; remaining alone when their respective girlfriends leave for a trip to Italy.

To make the most of that brief period of sentimental freedom, they plan a trip to an isolated beach in a remote part of Mexico.

At the last minute, they also invite the beautiful wife of one of their cousins; a nice girl the two friends met by chance at a wedding.

Although she is older than the boys, she eagerly accepts the invitation; considering that she is going through a difficult time in her life and marriage.

Together they all set off in a car searching for the mysterious beach they only know about; having heard about it from a friend who magnified its beauty and tranquility.

The purpose of the vacation is straightforward: to have the time of their lives drinking and smoking joints; and perhaps to have sex with their mysterious and beautiful guest.

Initially united, the group has a great time and spends graceful days together; going from village to village along the endless Mexican roads and landscapes.

But when the girl shows sexual interest in the first one and then both friends, everything immediately becomes complicated.

The quarrel and jealousy are the triggers to bring up old rivalries and betrayals; some things even that the two did not know and with which they hurt each other.

However, in the end, the very girl who divided them will bring them together again in their friendship; even making them discover some side of themselves they did not suspect at all.

The joy and freedom of youth

Y tu mamá también is a romantic and funny 2001 movie; becoming an on-the-road apologia about youth’s innocence, freedom, and delicacy.

Indeed, the trip will be the last chance for the two friends to be together before life separates them and they become adults.

Even more important is the absence of their girlfriends, which gives them free rein to their little youthful depravities of sex, alcohol, and drugs.

For the girl, almost a woman now, it will be an even more critical moment; something to take stock of what she has accomplished in her life and how she intends to continue.

The film is an ecstasy of simple beauty, both in the magnificent Mexican locations and in the spontaneous and believable dialogue of the protagonists.

From the beginning, all three talk naturally about sex, without hesitation, shyness, or unnecessary modesty.

A topic that often becomes taboo or too serious is a simple pleasure in life to be embraced and experienced.

Sex divides the two friends, jealous of each other until the girl makes it a point to unite by pacifying the awkward and unpleasant situation.

Extremely good, though young, are the two leads, Gael García Bernal and Diego Luna; whose jokes and constant bickering take us back to the more candidly years of adolescence.

Maribel Verdú, on the other hand, is simply outstanding; seeming naive at first but later turning out to be a strong and proud woman.

The actress would be at her best during this period, eventually reaching the top in 2006; with her groundbreaking role in Guillermo del Toro‘s Pan’s Labyrinth.

A journey from Mexico independent movies to Hollywood blockbusters

This success created a resounding echo that pushed the director into Hollywood productions; not coincidentally shooting Harry Potter and the Prisoner of Azkaban itself a few years later.

The director succeeded in giving the saga of the little wizard a more adult and darker slant; after the first two colorful and playful chapters directed by Chris Columbus.

The audience appreciated the change, and the production decided to keep in the numerous sequels; recognizing Cuarón’s skill in understanding cinema beyond the camera.

After that, the wave of fame pushed him towards even more technically ambitious projects; reaching expensive productions such as Children of Men or the spectacular space survival Gravity.

Undoubtedly excellent films, enjoyable for all with their originality and cinematic craft.

However, I hope Alfonso Cuarón can one day return to a small project as heartfelt and personal as this one.

Y tu mamá también roars with that European soul away from the glittering lights of Hollywood; living off its peace and tranquility instead of adventurous stories full of special effects and action scenes.

In being dirty and even cruel at times, this youthful fable brings together at its best the dilemmas of our kids; who are so eager to grow up and learn about the world, exploring emotions that adults often forget.

A story that could very well be true and does not pretend to impart life lessons; for what remains one of the high points of a director is unfortunately assimilated by the production logic of the major film companies.

The Witches Of Eastwick – A Love And Horror 80s Blockbuster

Movies that take place in One...