Some Tips for Actors on How to Get Started 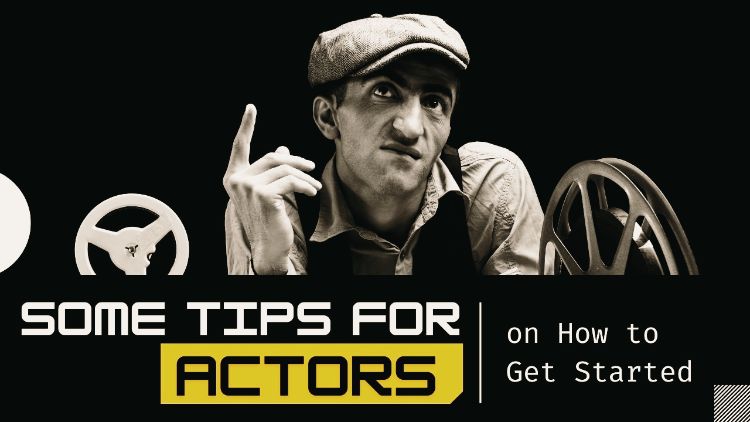 Many actors had to start somewhere before they starred in blockbuster films or popular TV shows. And while some might have had an easier time than others getting their foot in the door, they all had to put in the hard work to make it in Hollywood. So, how did some of your favorite actors get their start?

The passion for acting

For some people, acting is just a passing phase. They try it out in high school or college but eventually move on to other things. For others, though, acting is a lifelong passion. These people never give up on their dream of being an actor, no matter how many setbacks they encounter.

If you’re one of those passionate people, you know how difficult it can be to get started in the acting world. It’s not enough to have talent; you also need opportunity and luck. But if you keep at it and never give up, your big break will eventually come.

Many successful actors got their start in minor roles or even as extras. They worked hard and took whatever opportunities until they finally landed a significant role that launched their career. So if you’re struggling to get your start in acting, don’t despair. Keep working hard and chasing your dreams, and someday you’ll make it too.

At what age do actors start?

Most actors start young, in their teens or early twenties. However, some actors didn’t start acting until later in life. For example, Viola Davis didn’t start working until she was in her thirties. She has said that she always wanted to be an actor, but it took her a while to get the courage to pursue it. So, if you’re thinking about becoming an actor, don’t let your age stop you!

How long does it take?

Acting schools can take a few weeks to a couple of years. It all depends on the program and the level of commitment the student is willing to put in.

Some actors may attend classes for only a few weeks before they are ready to audition for a role, while others may stay in school for several years to hone their craft.

There is no right or wrong answer regarding the length of acting school, as every actor’s path is unique.

How many classes should you take?

If you’re thinking about becoming an actor, you might be wondering how many acting classes you should take. The answer, unfortunately, is that there is no one-size-fits-all answer. It depends on your individual goals, experiences, and commitments.

However, taking a few acting classes is generally a good idea. They can help you develop your skills and build your confidence. And, if you’re serious about becoming an actor, they can also help you make industry contacts.

So how many acting classes should you take? That’s up to you. Just make sure you’re taking enough to challenge yourself and improve your craft.

How much does acting school cost?

The cost of acting school can vary depending on the program and location. Many schools offer scholarships and financial aid, so it is essential to research the options. Some actors choose to study independently, which can be less expensive. In general, the cost to start acting can vary from negligible to a lot. It depends on the individual’s needs and goals.

One of the best ways to get started in the business is to attend an acting school. Acting schools can provide you with the training and skills you need to succeed in the industry. There are many different acting schools available. You should carefully research each one to find the right fit for you.

In any case, here are some of the most famous and popular online acting schools:

The Top 5 Sites For Making Professional Videos By Yourself

The Home Doctor – Practical Medicine for Every...

The Limitless Flow – How To Rap Freestyle...

Niche site templates – How to improve your...

YOGABURN – How To Become A Light, Healthy...

His secret obsession – Show me the attraction...

AMBSDR – Get Paid To Talk About Your...

SERPED.NET – The Most Powerful All-in-One...