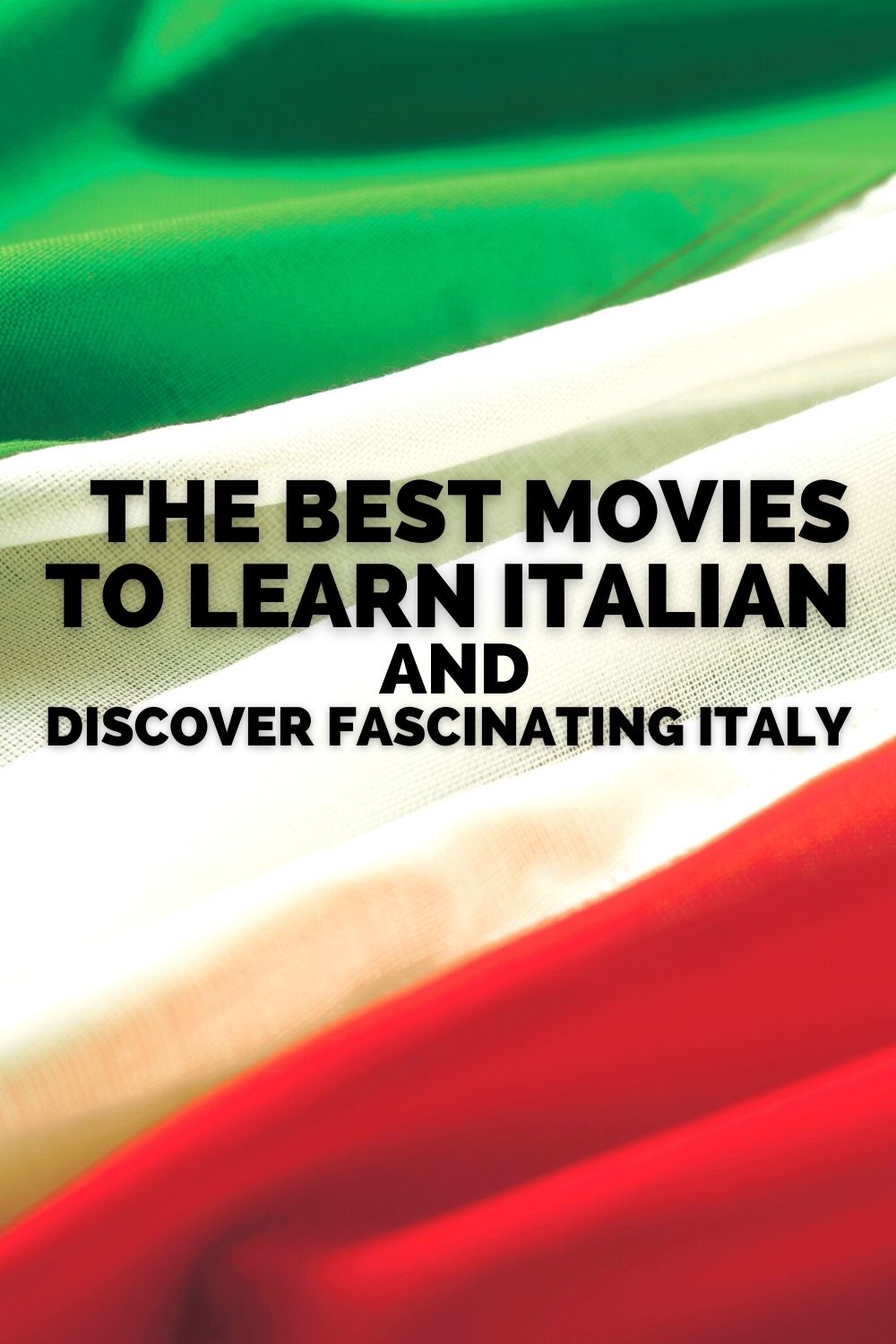 Italy is home to some most famous works of art to learn from, such as Leonardo da Vinci‘s works to Federico Fellini‘s classic Italian movies.

These Italian masterpieces are fascinating and a great way to learn about the culture and history of one of the oldest countries in old Europe.

A nation full of color, flavor, and life, but one whose past of violence and cruelty must not be forgotten.

Everyone passed through this peninsula lying on the Mediterranean; from the great artists of the Renaissance to the worst criminals of fascism.

To better understand the rich cultural heritage, let us take as an example the most significant Italian film studio, Cinecittà.

It is no coincidence that Benito Mussolini saw cinema as a way to promote his regime. For this reason, he invested rivers of money in it during the 20 years of his dictatorship.

After the war, Cinecittà was transformed from a fascist propaganda center to the cradle of the major Italian filmmakers of the so-called neorealist movement.

Through these studios in the city of Rome passed great masters such as Luchino Visconti, Vittorio De Sica, and later the more recent Sergio Leone and Dario Argento.

An ocean of art from which today I will fish only three movies, which represent one of the best ways to learn Italian thought.

Two young boys make a living through theft and petty scams, surviving among crimes on the dirty streets of postwar Rome.

They also do some honest work when they get a chance; such as from the film’s title, by polishing shoes on the sidewalks.

They have always secretly dreamed of owning a horse, and when they raise enough money; they rent a beautiful white specimen.

One day, helping a corrupt policeman in his business, they earn enough to finally buy the coveted animal.

However, the authorities discover the fraud and get to them, brutally arresting and interrogating them to expose the culprit.

The two friends cannot report the policeman, who otherwise threatens severe retaliation against their families.

After a quick trial in which they play dumb, the judge decides to lock them up in a juvenile prison.

Inside that little hell, the guards resort to psychological punishment, cheating, and deprivation to keep the flock in line.

Against those devious and nasty adults, there is an unwritten code of honor among the inmates to help each other.

So it will get ugly when one of the two friends ends up snitching, again deceived by the adult men.

At that point, revenge of lies and spite begins between the former friends; while some other boys plan an escape during a movie screening.

Love and cruelty of a broken country

Shoeshine is one of the most outstanding examples of Italian neorealism, a movement born out of a desire to tell the harsh reality of the postwar period.

Vittorio De Sica, the world-famous director of Bicycle Thieves; erects a monument to humble, ordinary people eager to forget the years of fascism.

But the light of optimism does not dim the narrative cruelty of this movie, painting a world ruthless toward children and adults.

The director’s hand alternates static shots and long sequences where the camera glides along the tracks, following the protagonists.

The realistic style fits perfectly with a dramatic story of denied youth; told, however, in the tones of cheerful Italian comedy.

The two actors, Franco Interlenghi and Rinaldo Smordoni, are really talented in playing these homeless children that no one wants.

Two friends who at first are inseparable, innocent, and carefree, despite living in poverty, ignorance, and filth.

Unfortunately, adults manage to corrupt their innocence and mutual trust, fatally turning them against each other.

Telling his story with a smooth fluency; the filmmaker becomes a myth and legend for aspiring filmmakers who still study him in film schools worldwide.

The result is a must-watch movie to be enjoyed in the original Italian language to learn the lights and shadows of Italy’s culture.

2- Investigation of a Citizen Above Suspicion (1970)

A seemingly elegant and intelligent man is actually a crazed murderer who has just killed his lover.

They had a morbid, sometimes sadomasochistic relationship, where the woman often belittled his attitude to provoke him.

However, being a respected police officer recently promoted to a command position; he knows how to get away with deflecting suspicion on others.

In the grip of his power delusion; he confuses the numerous pieces of evidence he has left behind and intimidates or discredits the various witnesses.

Then he blames some political agitators well known to law enforcement and already in the crosshairs for disturbing the peace.

He targets one of these guys, who once had an affair with his mistress, and she was always teasing him.

Confident of his impunity, he revels in insinuating suspicion by playing with a system he knows perfectly well.

For, on the one hand, he shows traces that might incriminate him, in some cases almost openly admitting his guilt.

On the other hand, however, he skillfully ridicules colleagues who get too close, playing whimsically on a razor’s edge.

All this leads him into a spiral where his madness seems to lead him finally to a confession that would lock him behind bars forever.

But his superiors cannot allow the scandal and help him cover up his misdeeds for their own political gain.

The wickedness behind the power

One of the most critical chapters of Italian cinema is the evil and the corruption of the system directed by the great Elio Petri.

This director’s name is perhaps little known beyond Italian borders, if not for this film.

But for those who loved his plots and characters, he is unquestionably one of the sublime masters of the seventh art.

The lead policeman is an amusing and terrifying Gian Maria Volontè, the diabolical face of justice without conscience.

The actor is one of the best in the Italian tradition, tremendous in dramas, comedies, adventure, and action films.

Indeed, he is best known as the evil gunslinger in A Fistful of Dollars and For a Few Dollars More.

Investigation of a Citizen Above Suspicion is an excellent film from 50 years ago; but also of today, able to make the saying power corrupts fully understood.

In Italy, a word perfectly describes why evil will thrive: omertà.

Omertà is the word used to describe the code of silence by which gangsters threaten and intimidate ordinary people.

There is a very similar unspoken law between law enforcement and politicians; where men of power help and cover for each other.

The movie was an immense success, with audiences winning the Oscar for Best Foreign Language Film the following year; like the earlier Shoeshine.

Even today, it is an author’s movie to learn the distortions of those in charge in Italy, as I sadly have to admit as an Italian.

This movie chronicles the years of the power of Giulio Andreotti, to learn about one of the most controversial Italian politicians ever.

He was often associated with Italian crime, mafia, and corruption episodes, however of indisputable importance in the political system.

A story that begins with his political current rising to power in the government of a nation shocked by Mafia murders and massacres.

Andreotti cultivates and preserves friendships and ambiguous relationships with a press, who love and hate him simultaneously.

Amid this mess, the politician tries to hold together a pack of vicious political animals; uncontrollably thirsty for power and fame.

Unfortunately, his allies are not as solid and unwavering as he is, dragging him into various scandals and eventually dividing him.

His political majority falls apart within a few years as the police investigate their collusion with some southern Italian bosses.

As a closure to his life in the halls of Montecitorio in Rome, we then come to the terrible conspiracy trial.

However, he always manages to get out of every uncomfortable situation, willing to do anything to continue his political life with his party’s leadership.

At the end of the movie, he gets away with it before the Italian justice system. The defeat of the law mirrors Italy, which basically never wants to change.

The comedy and drama of Italian politics

Il Divo is an astonishing masterpiece that tells the monstrous contradiction of a man genuinely convinced that he is perpetuating evil to ensure the country’s good.

Paolo Sorrentino brings back to the top after many years an Italian cinema that has slowly died out since the 1990s, like almost all cultures in Italy.

The famous director of This Must Be the Place combines his love of cinema with his political consciousness.

With a grotesque and surreal style, the mix of drama and entertainment tells a sensational true story of politics and crime.

Superb performance by Toni Servillo, an actor who too late rose to fame after a long career in minor and forgettable roles.

His face, deformed by makeup, delves into the most personal soul of the politician and the man, obsessed with power and devoured by the fear of losing it.

Although he has the instincts to deftly dodge the traps of his enemies, we discover his true nature as a sad and lonely man, not exceptionally bright or intelligent.

Equally horrific are the gory dramas that dovetail with the narrative, such as the dreadful murder of prosecutor Giovanni Falcone.

A bomb exploded on a distant highway shocked the public, which rallied around the victims’ families.

But the political noise was not loud enough to make the slightest dent in the corruption of a country that does not want to know.

Sorrentino gives a lesson to those who want to learn, telling the story of 30 years of Italy with a movie style, however, more Hollywood than Italian.

It is an entertaining descent into the political hell of a country as beautiful as it is fearful at times. It is always proud to be unique, even when perhaps it should not be.