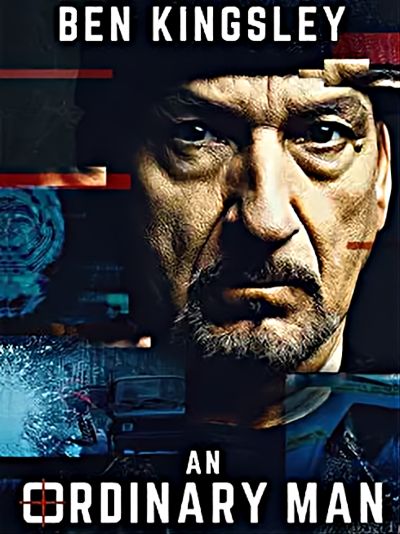 An Ordinary Man is a 2017 small movie with the superb Ben Kingsley as the absolute star and the beautiful and talented Hera Hilmar.

The actor plays a former general of a Balkan country who NATO has always condemned for atrocities committed against civilians.

When the regime falls, and rebels take over, he must go into hiding to prevent the International Criminal Court from convicting him of war crimes.

But he is not alone; he still has a group of loyal soldiers who help him and provide for all his needs.

The General almost seems to dislike their help, handling them dismissively and often going out in public, causing trouble.

After another mess, he has to move into a small apartment from which his men kick the elderly owner out.

The next day, a girl unexpectedly knocks on his door. When he points a gun at her, she says to be the former owner’s maid.

Considering that he is elderly and has heart problems, he hires her full-time to help him with household chores.

Initially, he treats her with disdain as he does everyone. But spending all their time together, they begin to get to know each other better.

Through her, the man begins to understand people’s opinion of him, especially younger people who are not familiar with the previous dictatorial regime.

Meanwhile, however, his men fear that the new government is closing in on his capture.

Even the General believes that arrest is inevitable, so he asks his maid and friend to accompany him on one last trip to his daughter’s grave.

An American movie with a European soul

We are not sure which country in 2017’s An Ordinary Man happens, although the city and location’s topography in the movie resemble Yugoslavia.

Actually, this does not matter much, as the story is absolutely perfect and would work in any post-war dictatorial setting.

I was genuinely amazed, in a good way, by Brad Silberling‘s script and direction.

Indeed, all I remember of him was the first Casper, which I was very entertained by despite being a naive children’s ghost movie.

In contrast, I would like to forget the terrible City of Angels, an unforgivable remake of a masterpiece like Wim Wenders‘ Wings of Desire.

Far from the dazzling lights of Hollywood blockbusters, the style is closer to the humble realism of some European independent productions.

Basically, it is almost a one-room movie with only two protagonists whose relationship is constantly evolving, never reaching genuine empathy.

However, soon even Hera Hilmar takes courage and hard reply to the former General, partially bringing him back to reality.

In summary, if you are looking for action and shoot-outs, obviously, 2017’s An Ordinary Man is something not for you.

But if you love a well-written script, good acting, and simple but effective direction, you are in your element.

Two characters with no homeland or family

Being a psychological conflict between two characters, the careful choice of cast was essential.

Ben Kingsley is a guarantee, holding much of the movie on his shoulders forged by nearly sixty years of career.

Likewise, his attitude is deeply mortifying toward everyone he encounters, including his men.

It is no accident that his first meeting with the beautiful Hera Hilmar occurs while he holds a gun to her face.

During the dictatorship, he mercilessly frisks the girl by rudely making her undress and then hiring her as nothing.

She offers an excellent opponent to the old General, who is used to mastering anyone without argument with her character.

Their dialogues soon move from household chores such as cleaning or cooking to more intimate and personal matters.

Similarly, they start dating as a couple, more like a gruff grandfather and a somewhat awkward granddaughter.

But in the end, the girl will manage to bring out the old soldier’s never confessed fears and remorse, stirring the desire for one last journey of redemption.

An Ordinary Man went completely unnoticed in 2017, being an unsuitable movie for the general public.

However, I recommend trying to see it, as it has unique feelings and situations you can’t find everywhere.

Who knows, with its very European and coldly detached style, it might entice someone to learn about a different kind of cinema than they are used to.

The Wrestler – Life Hurts More Than Punches In The Ring