London Fields – Love, Hate And Deception In An Unlucky Movie 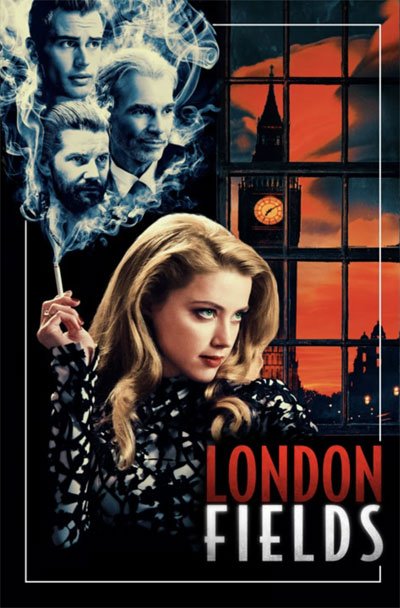 London Fields is one of those movies that went through numerous issues before hitting theaters in 2018.

And it’s this version that I can talk about, not having found the final cut strongly desired by director Mathew Cullen.

The story concerns a writer who moves into the luxurious apartment of a wealthy friend of his.

He is going through a creative crisis, no longer able to write or be happy in life.

However, everything changes when he meets his sexy neighbor, who introduces herself as a mysterious fortune teller.

The girl is easy-going and leads a quiet life, but she has long been obsessed with her death in reality.

In her visions, a stranger kills her inside a car while she is wearing an elegant evening dress.

Unable to figure out her killer’s identity, she surrounds herself with lovers to try to protect herself in every way.

But it is her manipulation of these men will put her in danger, luring them in and then perversely rejecting their love.

In addition to the writer, the girl flirts with a wealthy aristocrat and a dangerous, crude, and vulgar gangster.

Each of these three men is jealous of the other, descending further and further into the depths of madness and violence.

At that point, destiny seems closer and inevitable; indeed, her actions seem to make it come true.

So many problems with one movie

Since its inception, I rarely remember one as unanimously hated as 2018’s London Fields of the movies I recommended.

Had it been released in theaters more recently, I might have thought it was only about the legal goings-on of protagonist Amber Heard.

Incidentally, it also features her courtroom opponent Johnny Depp, in a fun little cameo that is a caricature of a gangster.

Yet the trial had yet to begin then, so there was something that negatively impressed the audience.

Frankly, I don’t consider it a masterpiece but neither garbage someone wrote all over the internet.

Even though the staging is too timid for a scabrous tale, the controversial actress plays her part with dignity and elegance.

A few nude sex scenes would probably have upped the appeal by giving more impression of watching an adult story.

However, we do not exaggerate, castrating our judgment: the characters and the beautiful protagonist make a good impression on stage.

While the plot isn’t bad at all, it plays up the killer’s identity intriguingly despite spoiling the ending early on.

The suspects are three men in love with the same woman, who lies and manipulates them without any effort.

However, the most exciting aspect is how she presents to each one stimulating the desire of their ideal woman.

Her fear of visions of dying drives her to turn them against each other, only to end up faster meeting her fate.

The staging and costumes are also more than adequate for a rich, star-studded production.

However, I can’t say London Fields is a film I didn’t enjoy. Rather, I’ve rewatched it more than once since its short theatrical run in 2018 and my opinion hasn’t changed.

Thumbs up or condemnation?

Mathew Cullen does an excellent aesthetics and presentation of the characters, but not so much in the story’s pacing.

The director pays for his experience mainly in video clips, resulting in sometimes loss coming into the film.

However, I have enjoyed many scenes with the skirmishes between the various characters, which are very funny and well written.

Amber Heard is certainly a fascinating woman, although not all the faces she shows in her character are entirely convincing.

She is more believable when she flirts with the aristocratic Theo James, pretending to be shy and afraid.

Instead, when she plays femme fatale with Jim Sturgess and Billy Bob Thornton, her sexuality seems ostentatious.

Honestly, these actors bring the story to life, while she seems more of a punchline than really where to go.

However, I also want to commend her for inspiring sequences like her magnificent dance under the moon, which is very poetic.

A small note about Johnny Depp‘s cameo as the leader of a colorful and crazy criminal gang that I would have liked to see more of.

While I’ve had a few criticisms of the director, he manages to keep these unlikely characters and situations together in an elaborate sexy thriller.

Certainly, London Fields had the potential to be a better movie than how it was released in theaters in 2018.

Having said that, I still want to conclude by saying that I personally enjoyed it and recommend it anyway.

The story has its fair share of mystery and romance, mixing well with the cruelty and cynicism of almost every character.

So let’s leave the critics and the audience alone, including yours truly. If you can watch it get your own opinion: I’d be curious to know it.

Movies Remakes – Famous Mainstream Copies Or Someone Worth Our Time?