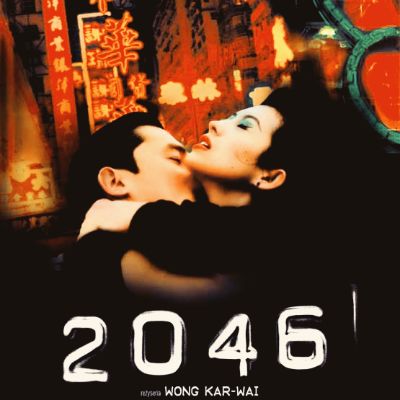 2046 is a 2004 movie about love and loneliness by Wong Kar-wai, one of the most famous Asian directors.

The protagonist is a writer/journalist who takes a period to stay in his favorite hotel in Hong Kong every year.

In no particular hurry, he is writing a new science fiction novel in which he imaginatively inserts the character of the women he meets.

He has multiple romantic adventures of various kinds during his different time breaks, always in room 2046.

In this story, we meet three of his main partners, three girls of different ages and social backgrounds, who conquer him.

The first is a beautiful prostitute in the room next to his, whom the journalist’s boss approaches badly.

He apologizes for the misunderstanding by making her acquaintance, then starting a passionate relationship with her.

This relationship, however, has no future beyond the bed where they consummate their passion.

Another connection the man makes is with the hotel owner’s daughter, an aspiring writer.

While helping her improve with her experience as a novelist, he also witnesses her complicated relationship with her boyfriend.

Finally, the last story we witness is the strange bond with a gambler who he makes a pact with to make some money.

She is a very mysterious and silent figure and tormented by a past that she does not want to talk about.

However, while he bids farewell to all these women, he never suffers from loneliness, already heartbroken by another failed love affair for too long.

While this river of feelings flows, he writes his novel about a man and a female robot, set in 2046.

A man, a city and a world

2046 is a story of multiple meanings and interpretations that go far beyond this magnificent 2004 movie.

First of all, it is the protagonist’s room number, a pillow where the man rests and lets his thoughts float.

A safe haven from which he goes out for his love adventures and then locks himself away to write, losing himself in the worlds he creates.

As mentioned, 2046 is also the year in which the novel she’s been writing for a long time takes place.

It’s an impossible sci-fi romance where a man is in love with a robot prostitute who slowly ends up cataleptic.

Finally, speaking of the real world, 2046 is also the year in which the Bilateral Agreement of 1984 will expire.

After these long 50 years of transition from the British government, Hong Kong will definitively become Chinese territory.

Although characters or dialogue does not directly touch the topic, the suspension sense of this reality is just as undeniable.

It is no accident that the protagonist’s years and loves flow in a non-linear and temporally confusing way.

He almost seems to confuse one woman with another after the greatest love disappointment of his life.

Drawing their emotions and foibles, he blends them into his ideal of a perfect mate that he will never find.

Each scene feels like an intimate prelude to sex or a delicate moment of reconciliation after it.

Within the magic framework between dream and reality, 2046 stands among the most romantic movies before and after 2004.

Many faces of the same story

Wong Kar-wai reaches the pinnacle of a trilogy that began with the earlier Days of Being Wild and In The Mood For Love.

A journey that is not easy to describe to you, but it winds through the most insecure paths of intimacy between man and woman.

2046 had success among critics at the Cannes Film Festival in 2004; it was a failure movie at the box office.

Personally, I always struggle to understand why particular works are not appreciated, especially in this case.

The amalgam of emotions that the director’s editing, with its warm colors and enveloping music, arouses is simply incredible.

Tony Leung is a beautiful protagonist: wry and saccharine, able to listen, and cowardly selfish.

A writing artist he is not particularly young or handsome, yet he attracts incredible women around him.

How thinly seductive he approaches and conquers the beautiful creatures wandering around this hotel, each alone in their way.

It may perhaps seem like an overly macho plot, but he is actually the character who will come to the worst end in my opinion.

Without tying to anyone, this man makes the loves of his life slip away, inevitably remaining sad and lonely.

The actresses of 2046 are exceptional, including the best acting in the most famous oriental movies of 2004.

Carina Lau, Zhang Ziyi, and Gong Li compete for bravura and charm with no real winner, almost too good to be true.

So we savor their sex appeal as the protagonist consumes his cigarettes, aware that sooner or later, they will all run out.

However, even this melancholy can be wonderful, as the mood of this Eastern cinema masterpiece that not everyone knows.