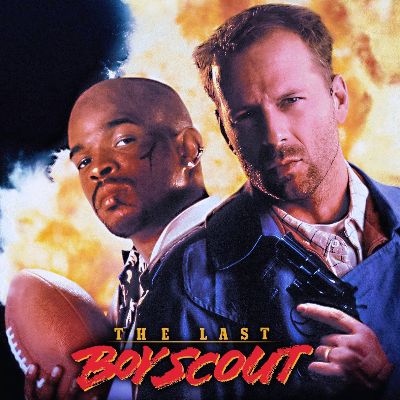 After Top Gun and Days of Thunder, Tony Scott made the entertaining buddy movie The Last Boy Scout in 1991.

It begins with an alcoholic detective discovering his wife cheating with a colleague, who explodes with his car moments later.

The co-worker was about to give him a new job, so he checks whether this was related to his death.

So he goes to an adult nightclub in Los Angeles and talks to his new client, a stripper who needs a bodyguard.

Her boyfriend, an ex-football player with a drug problem, is less than pleased and argues in front of everyone by walking away with the woman.

However, as they drive away, a group of criminals stop them and riddle the stripper with bullets in the middle of the road.

At that point, although not like each other at all, the two men agree to investigate these deaths together.

Rummaging through the woman’s belongings, they find evidence of a plot between a mafia gang and a powerful California senator.

This secret deal aims to legalize sports betting to bring back the sharply declining television ratings.

However, the senator goes too far by asking for an overpriced bribe, and the criminals decide it’s much cheaper to take him out.

Knowing they can’t kill him without someone taking the blame, they frame the detective by kidnapping his daughter to force him to cooperate.

While the police don’t believe their words and even try to arrest them, they have no choice but to intervene.

In a spectacular race against time, this strange pair of heroes must foil another explosion during a football game.

We can all agree The Last Boy Scout is not the best movie in cinema history, even just from 1991.

But my goodness, it is equally undeniable that it is one of the most entertaining buddy-action movies I can remember from my teenage years.

I’ve said before that I don’t always appreciate Tony Scott‘s exaggerated editing and pacing, but in this case, it fits perfectly.

Also, despite being simple entertainment for everyone, it has some profound moments and drama that work.

Take for example the shocking beginning with a football game where a player goes crazy on the field pulling out a gun and shooting himself in the head on live TV.

That’s significantly been lost since the 1980s and 1990s, necessarily avoiding censorship to get kids and families into theaters.

In this case, the bad characters are really bad, like the mobster and his evil henchman or the slimy senator.

The pervasive humor perfectly dilutes the drama and violence like an over-the-top cartoon.

It’s no coincidence that Shane Black wrote the script after creating a similar black and white duo in Lethal Weapon.

The Last Boy Scout had the same atmosphere in 1991, shortly after the movie starring Mel Gibson and Danny Glover.

Unfortunately, it remains a single chapter with strangely no sequel, despite the excellent box office receipts.

Personally, I more than willingly rewatch it every time and so for those who have never seen it, I recommend it just as passionately.

Comedy, family and criminals in an action/crime flavor

In this case, he is a hopeless alcoholic, barely capable of doing his job and sleeping in his car.

While his daughter doesn’t understand and detests him, his wife even cheats on him with her only friend.

The character’s family ecosystem helps a lot to create the proper context, especially when friend/enemy Damon Wayans enters the scene.

Instead, the comedian is a great sidekick to make a continuous hilarious back-and-forth of jokes and insults with the protagonist.

But his personal story is also interesting, being a former football star whose career ended after a severe injury.

An injury from which the man has never been able to recover and that has left him, in addition, with a problem of addiction to painkillers.

Despite the problems, the man madly loved his stripper girlfriend, who is not entirely sincere by hiding her problems.

Thus, when she ends up brutally murdered, the man has nothing to live for but to find the culprits.

Playing this girl is a very young and sexy Halle Berry, still relatively unknown and far from international success.

While she is featured very little she is hard to forget, especially for males, considering her breathtaking striptease in the club.

In summary, The Last Boy Scout has all the typical ingredients of 1991 entertainment movies to please everyone.

Do you need anything else to run and see it?

You’re in luck, as the link to watch it in streaming is right below.