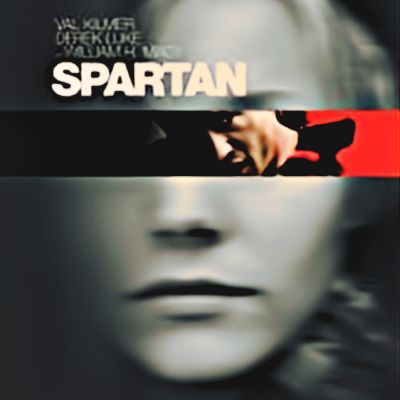 Despite being the director and screenwriter of excellent movies such as 2004’s Spartan, the general public often ignores David Mamet.

Here the story is about a special forces ranger, now far from the action and working as a trainer of other young soldiers.

However, his colleagues respect his experience, and for this reason, he is urgently called to Washington one night.

The task is one of the most difficult: to track down the president’s daughter, who has only been missing for a few hours.

To assist him, he seeks help from one of his promising recruits, who is excited to work in the field.

Quickly investigating the boyfriend, the ranger then arrives at a club frequented by mature men searching for adventure.

Here he discovers that a small-time thug has drugged and kidnapped the girl, then sold her to a group of human traffickers.

Having no idea who the girl is, these criminals intend to take her to Dubai and make her a prostitute.

The secret service organizes a short rescue mission, in which they insert the ranger and his young soldier.

Unfortunately, while preparing an assault team, they have news of the police finding the girl’s dead body.

However, the ranger soon realizes that death is fake, and the whole story is a giant cover-up.

Making the kidnapping known would bring to light an extramarital affair of the president, ruining his electoral campaign.

Since he is the only one who still wants to save the girl, the man will have to decide if he wants to risk everything to go on a solitary mission in enemy territory.

The cold and lonely world of war

Spartan earned very little at the box office in 2004, probably being a movie with little sponsorship and distribution.

Despite being a low-budget production, David Mamet characterizes the secret service environment with credibility.

The mise-en-scene is always cold and professional, with a choice of photography and lighting poor and natural.

Similarly, the behavior of the soldiers and agents is highly detached and little inclined to human warmth.

Therefore, forget about espionage stories packed with acrobatic action scenes like the countless episodes of 007 and the like.

Mamet’s real action is the fast-paced, effective dialogue that moves through a constantly shifting plot in style and narrative speed.

In this sense, Spartan is closer to the old noirs of the French Nouvelle Vague, reminiscent of the tricky crime movies of directors like Claude Chabrol.

Hardly any empathy is felt for these men, including silent protagonist Val Kilmer, almost with only one expression the entire time.

The plot is still close to more topical issues than ever, with the ambiguous relationship of gain and hate between America and the Middle East.

Espionage is taut and unraveled in just the right way and time within a world of hard men, sly, and liars.

A world of politicians ready for anything to advance their careers and save appearances, even sacrificing their families.

In this sense, the final clarifies Mamet’s thought. After so much death and suffering, nothing has changed, and the spectacle of politics must go on.

Mamet’s Spartan wins despite being a loser

Val Kilmer is perfect in the role of the unstoppable and incorruptible ranger who is not afraid of any threat.

The soldier perseveres in his mission despite everything and everyone, even going against the very orders received from his superiors.

Due to the excellent script, Kilmer needs no great dialogue to define a strong and proud character, even in his controversial honesty.

Playing the victim of this plot is a very young Kristen Bell, later becoming the series Veronica Mars star.

As she tells Kilmer, she is a princess abandoned by the king so as not to cause a scandal in the kingdom.

Finally, we point out the excellent test of William H. Macy, who was always reliable in any role and situation.

The actor becomes the protagonist’s nemesis, putting a face behind the power that would like the poor girl to die.

Although it begins as a typical kidnapping story, it soon becomes a real struggle against the establishment’s power.

Although failing economically in 2004 with Spartan, the director has continued to create excellent movies, such as Redbelt in 2008.

I realize that they may seem simple genre films made at low cost to the most distracted eyes.